Pepperdine Men’s Volleyball Team celebrates after scoring a point in a game in the 2021 season. Pepperdine made it to the MPSF Finals and the NCAA Tournament, but was eliminated in the first round. Photos Courtesy of Pepperdine Athletics

Pepperdine Men’s Volleyball continues its excellence and builds on the past season.

The Waves enter the season as the #1 ranked team in the Mountain Pacific Sports Federation’s Preseason Coaches Poll and #3 in the Poll of the American Volleyball Coaches Association.

To balance expectations, graduate outside batter Spencer Wickens said the team sees where they rank among each other rather than where everyone expects them to be.

“Compete hard and put all our effort into it and see what comes out,” Wickens said. “It’s not because we have a good ranking in the preseason that we are sure of a place in the tournament or even in the final.”

Graduate outside hitter Austin Wilmot said the team is confident they are a top three team in the country.

“You never know how well you’re doing,” Wilmot said. “You can lose a game here or there. It’s how you strike back and how you play the game after you lose and turn it around. That determines how the season will play out in the long run.”

A summary of last season’s success

The team had an interesting season last year.

After a 2-2 start in conference play, the Waves went on a five-game win streak, beating USC and Stanford. Additionally, the team finished the regular season by convincingly beating the season series against Grand Canyon University.

As the Waves prepared for the postseason, Head Coach David Hunt said every game was a learning curve. Now they face new challenges this season. 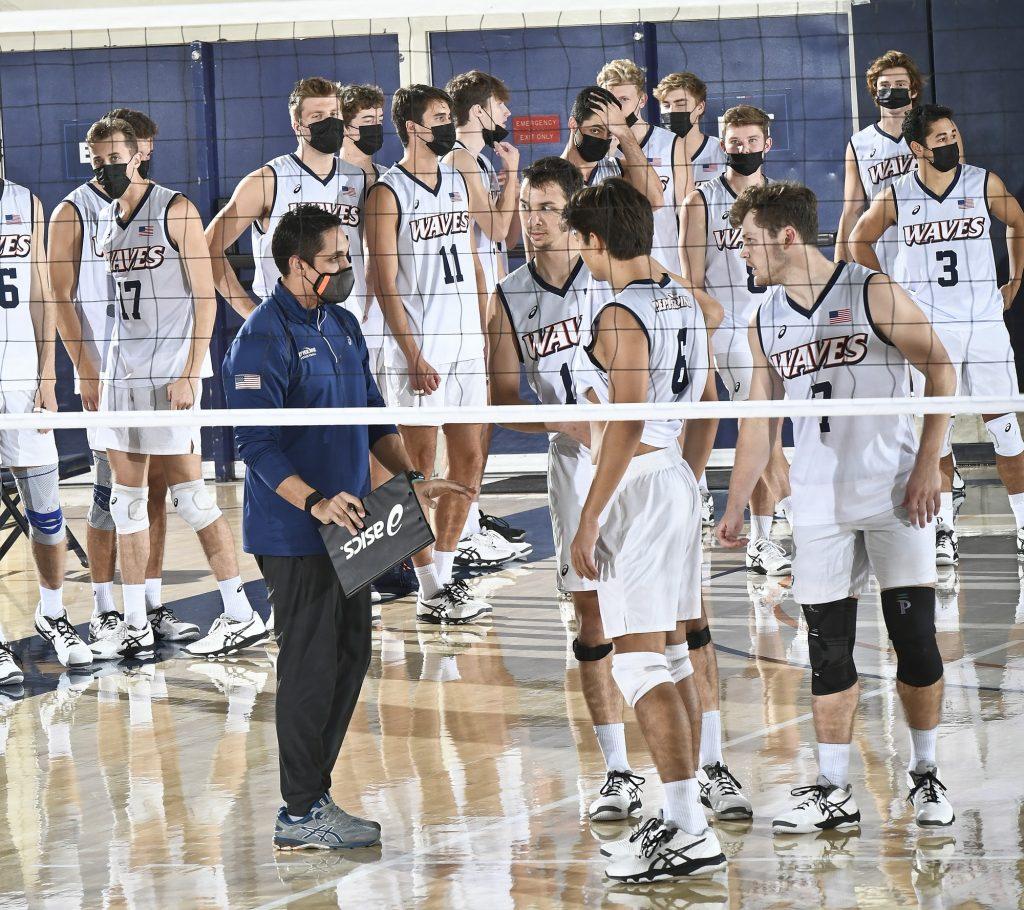 Head Coach David Hunt takes on the role of his team during a game in the 2021 season. Hunt enters his fifth season as head coach of men’s volleyball.

To prepare for the upcoming season, several Waves spent their summer at the US volleyball training camp.

The camp took place in Anaheim, CA, and Hunt played as an assistant coach of the Men’s Collegiate National Team. Graduate transfer opposite Jaylen Jasper, Wickens and Wilmot attended the camp, hoping to expand their games while learning from the best.

Wickens said he’s always working on his serve. As a winger, he also has to be creative with his play at the net.

“I’m not the biggest guy, so the powershot doesn’t always work,” Wickens said. “So I have to find ways to be a little more adept at making different shots so I can let the other team guess.”

The American volleyball experience was great, Wilmot said, as he had the chance to play with some of the players he saw on TV playing in tournaments earlier that summer.

Plus, playing all summer prepared Wilmot for the season as he watched some of the best volleyball players prepare day in and day out and take that experience to Malibu.

Hunt said the team’s overall culture explains why so many seniors returned. The players created an environment where everyone feels they belong, regardless of their role, Hunt said.

“That gives me a sense of pride as a coach, where you’re happy that guys enjoy being here and want to maximize their time,” Hunt said. “I don’t know if it’s necessarily ‘Hey, I want another crack on’ [NCAA tournament]’, I think it plays a part. I think it’s more like, we’re 132 days around each other on the exercise gym and guys just want to maximize that for as long as possible.” 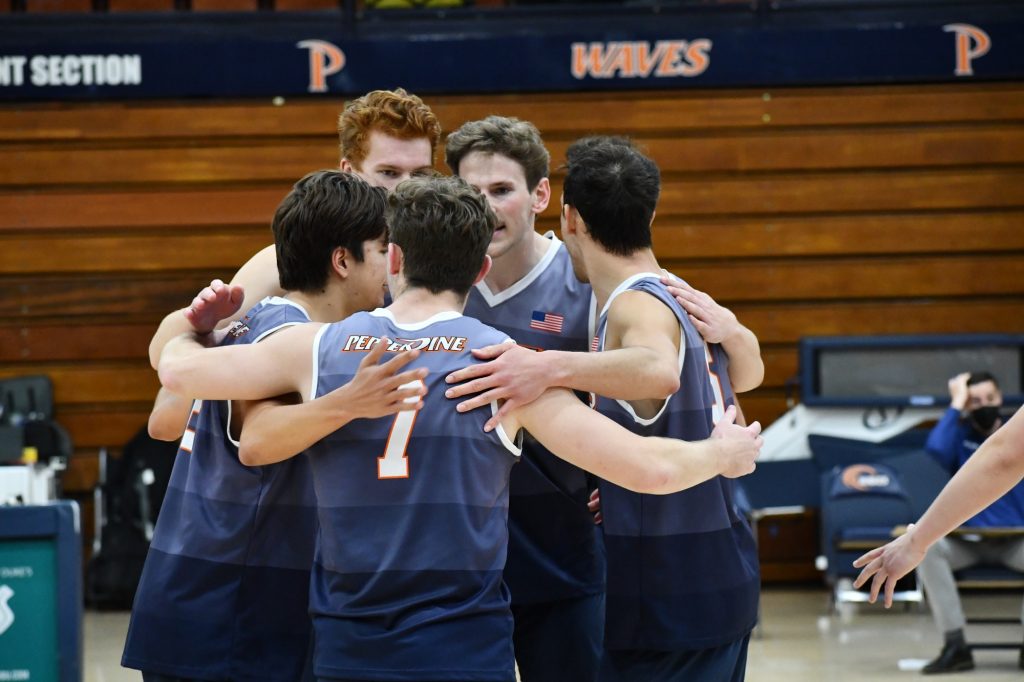 The team huddles together during a competition in the 2021 season. Driven by last season’s shortcomings, the Waves return with greater drive this season.

While preparing for the season, Hunt said one of the biggest takeaways from the off-season has been development in Wilmot’s game.

“As a coach, I don’t know how good these guys can be, in terms of being close to their growth potential, they’re just getting started,” Hunt said. “I think Austin is just at the beginning of what he can do. So that was a big takeaway because we’ve gotten him around other guys and he’s improved his game, he’s had a great fall where he’s alone but gets better and better.”

The Waves face a new challenge this year as the pandemic continues to ebb and flow, Hunt said.

“As a coach, you always have Plan A, Plan B, Plan C,” Hunt said. “You have to have them all ready to go at any time, so it’s just communication, staying on top of it, giving all the details and then we adapt and it doesn’t scare us.”

The added depth to the team makes navigating the unpredictable pandemic more feasible, Wilmot said. Due to the talent of the team, there are members of the national youth team and youth teams who have not yet seen the field.

“David Hunt says, ‘You don’t have as much control over the things that are out of your control as you would like,'” Wilmot said. “Our team has enough players, whoever goes out. As long as we have eight or nine guys who are healthy, we can fight any team well.”

These challenges add more fuel to the fire for the waves. As the season nears its return, Wickens said the team’s collective mindset is in a good place.

“We’ve done some pretty cool stuff in the past,” Wickens said. “We’ve won the MPSF Championship, we’ve been to the NCAA tournament a few times, but I think we want to keep doing that kind of thing. We want to continue to win those exciting matches at the end of the year, and to be in a good place, competing for a league title.”

The Waves defeated Erskine 3-0 on January 13 and will face them again on January 14 at Firestone Fieldhouse.