We’re back with another Disney+ Battle, pitting two classic Disney movies against each other to see which one is better. This week we’re shooting the most ambitious film Walt Disney has ever produced in ‘Fantasia’ and one of the strangest films I’ve ever seen in ‘Alice in Wonderland’. Remember, this battle is completely subjective. Let’s see which movie is better.

The main character of “Alice in Wonderland” is easy to spot as her name is in the title. Alice is the main character as she moves the story down the rabbit hole, to the birthday party, and all the way until she wakes up. Meanwhile, “Fantasia” is a series of short animated films set to classical music. Each short has a protagonist, but the only one that really stands out is Sorcerer Mickey in “The Sorcerer’s Apprentice.” While that’s an iconic version of Mickey, Alice is more important to the movie as a whole. Point to Alice

The main villain of “Alice in Wonderland” is the Queen of Hearts who often yells “OUT WITH THEIR HEADS”. She is very upset that Alice has humiliated her, even if it was mainly because of the Cheshire Cat. She wants to take Alice’s head off, but we don’t see her until the end of the movie. Most of the short films in “Fantasia” don’t have an actual villain, but the main culprit of the “Night on Bald Mountain” movie is Chernabog, who is actually the devil. He’s scary. Even though we don’t see him until the end of the film, he’s much more menacing. Point to “Fantasia.” 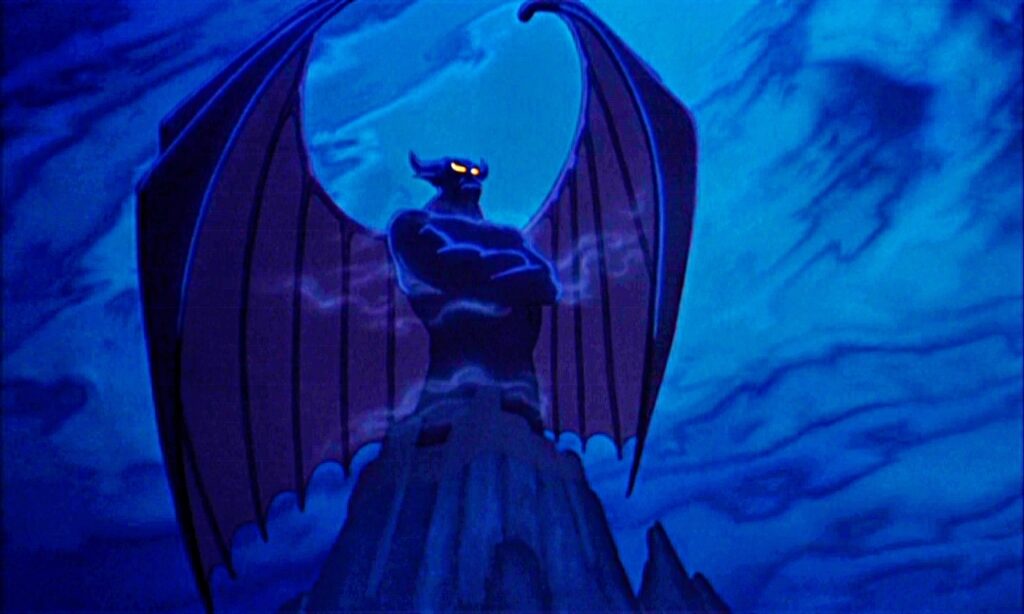 “Alice in Wonderland” is filled with some of the most memorable supporting characters in the entire Disney canon. The White Rabbit, the Mad Hatter, the March Hare, Tweedle-dee, Tweedle-dum, and the Cheshire Cat all stand out more than 70 years after the film’s release. Meanwhile, “Fantasia” has dinosaurs, centaurs, ghosts and Yensid. All nice, but none of them stand out like the supporting characters from ‘Alice in Wonderland’. Point to Alice. 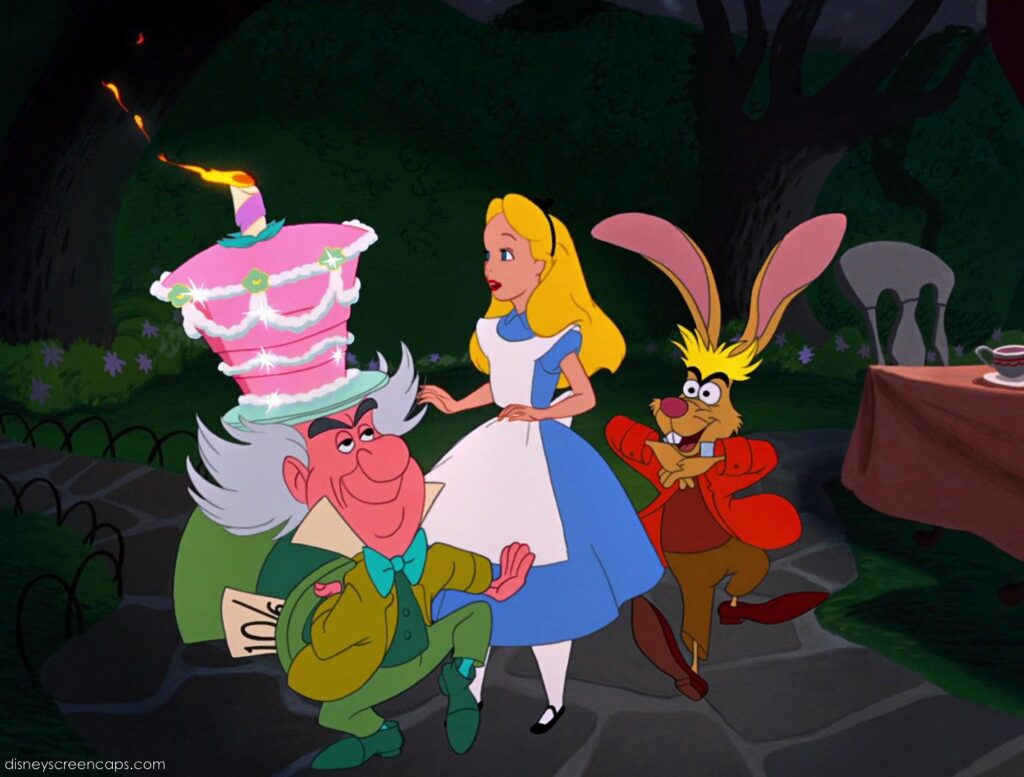 This category is not fair in this matchup. “Alice in Wonderland” has a beautiful score, but “Fantasia” is filled with some of the best classical music of all time. This isn’t that kind of competition. Point to “Fantasia.” 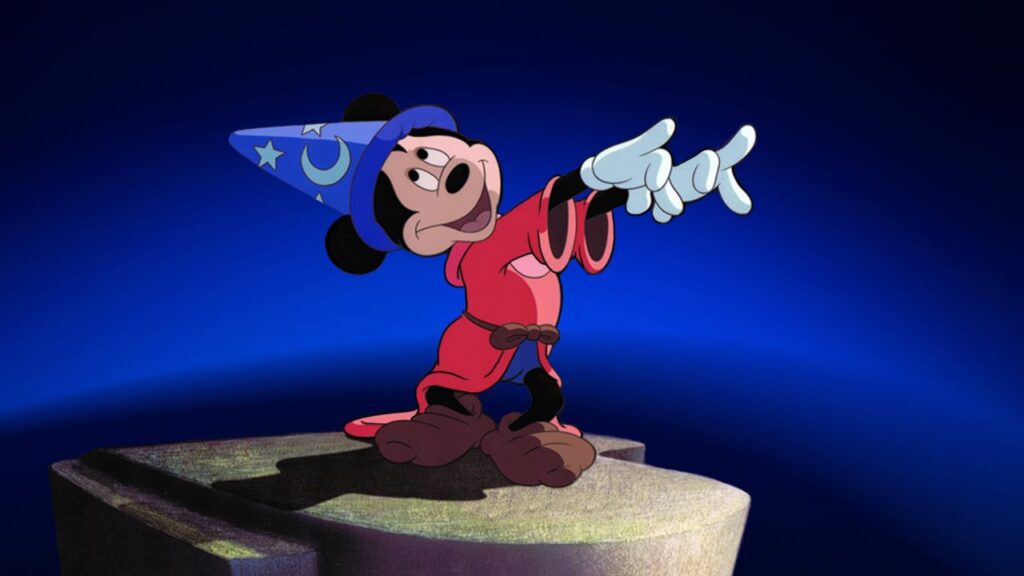 Now we come to the most subjective of the categories, because what is memorable to one may not be memorable to another. In “Alice in Wonderland” the parts that are most memorable to me are Alice following the White Rabbit down the rabbit hole, the birthday party with the Mad Hatter and the March Hare, the Cheshire Cat and the Queen of Hearts playing croquet. The only really memorable parts of ‘Fantasia’ for me are ‘The Sorcerer’s Apprentice’ and ‘Night on Bald Mountain’. That makes “Alice in Wonderland” more memorable. Point to Alice. 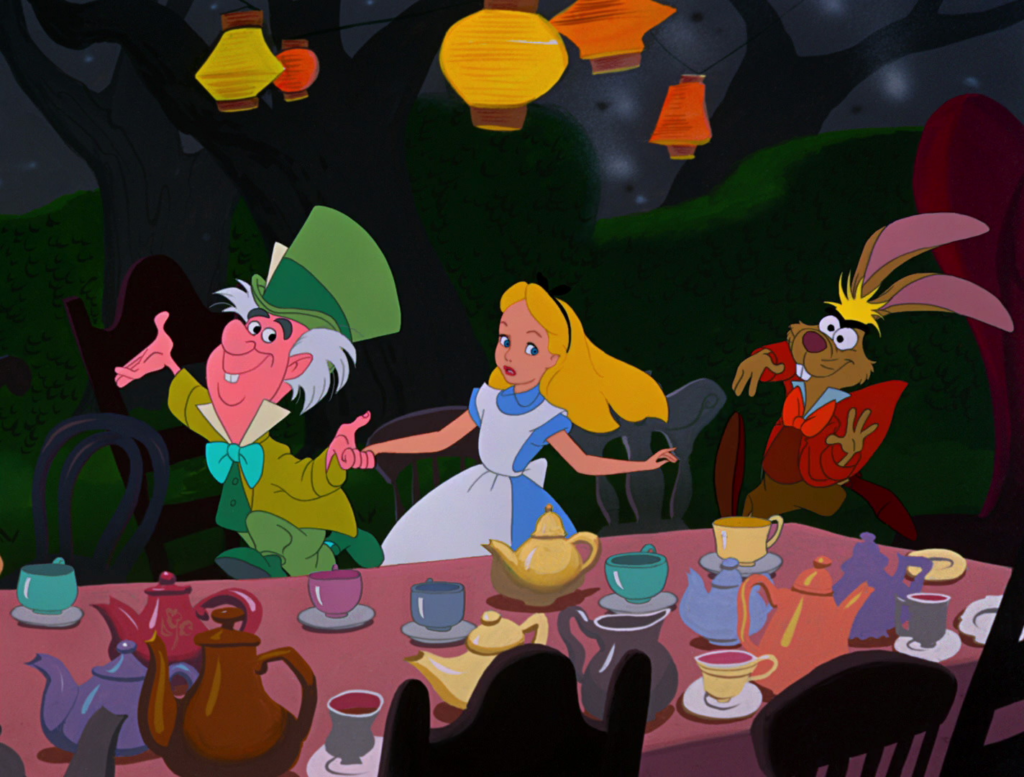 Jeremy has been a huge Disney fan since he was a kid growing up during the Disney Renaissance. One day he hopes to go to every Disney park in the world.