For some pure nostalgia, take a look at the unboxing, setting up and operation of the famous Mephisto Millennium. And this is the huge Fidelity sensor board I got.

How things have changed! Recently an advertisement for the DGT Centaur caught my eye. I have had a very long and friendly relationship with the company that supplies virtually all of the sensor boards used in top tournaments. I told them that I would like to experiment with their new chess sensor board, in a children’s chess group that had formed in an elite school in Hamburg. The owner and CEO of DGT, Hans Pees, immediately offered to send me a set. And this is what I got: 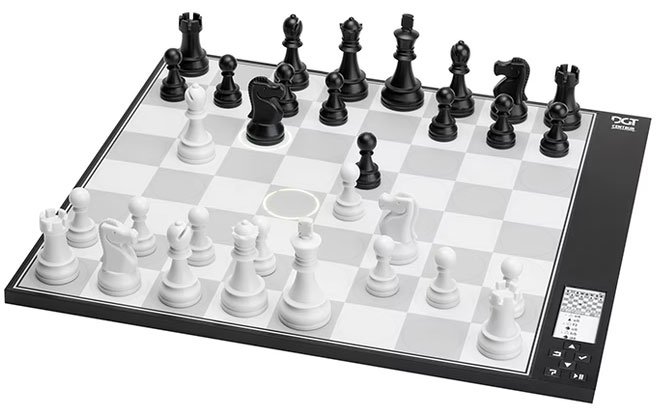 The Centaur is flat – only 1.2 cm thick and light – 90 grams without the pieces. It makes a very sleek and elegant impression. Operation couldn’t be easier: you line up the pieces and press the start button. No mains connection required. The board runs on a built-in battery that uses a standard USB charger. My set was pre-charged and now, a few weeks after receiving it, I still have to plug it in to USB (Hans, does it work forever?).

With the pieces in the starting position, the board knows you want to play a game. Enter a move and it signals an answer, using discrete circular lights on the chessboard. 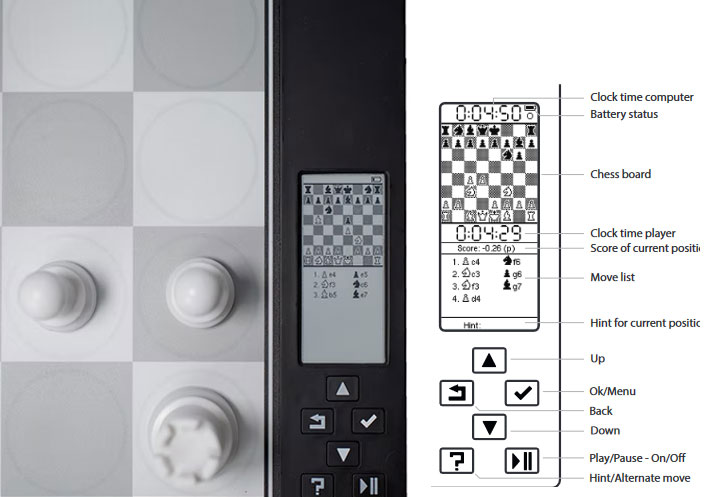 A small screen on the right shows the current status of the game. The diagrams on the right (from the manual) show the functions of the display and keys.

I have become very fond of how the Centaur works. If you make a mistake, you can just take a few moves back. The sensor board and understand what you want, and you can play an alternative. If you make an illegal move, the “from” and “to” fields will flash to tell you to take the move back and play something legal. To start a new game, simply place the pieces back on the original squares. No keystrokes are required for any of these operations.

There’s one key you might want to use every now and then: the question mark button gives you hints. It also shows how good or bad it thinks these moves are.

Another nice feature: you can easily switch off the board with the on/off button to pause a game. When you turn the set back on, it’s ready to pick up where you left off.

Centaur has three play modes: Friendly, Challenging and Expert. The default is Friendly, but you can change this at any time, even during a game.

“Friendly” gives you the chance to win. As with Fritz 18, the Centaur will try to match your playing strength. If you lose a game it will get weaker, if you win it will be stronger in the next game.

“Challenging” is more demanding. I think it will adapt itself to your level of play, but will be a little stronger itself and make good moves more often.

“Expert” is full strength, meaning you have very little chance of winning. Obviously it doesn’t matter how strong or weak you are.

Initially, in Friendly mode, I lost all games. Then suddenly I won one, much in the style of games against Fritz 18. And then another, and another. That was quite motivating. As with traditional chess programs, it has been decades since such a thing was possible remotely. For amateurs anyway. 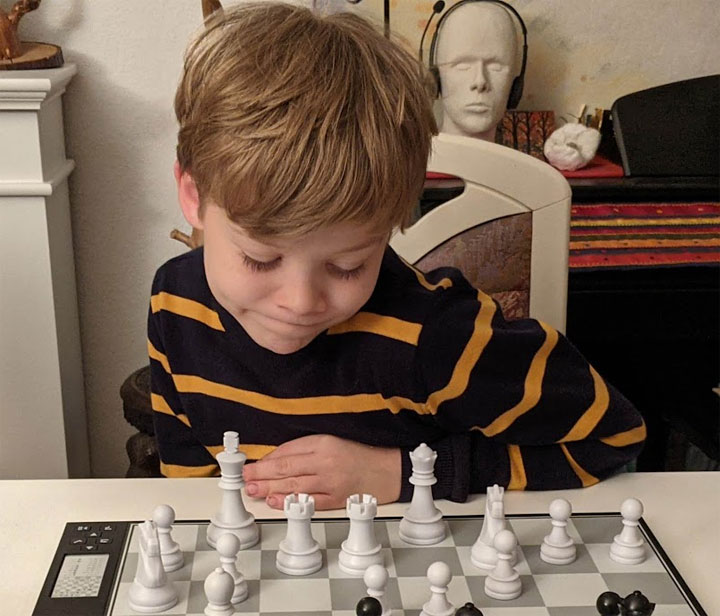 Which brings me to the only complaint I have with the DGT Centaur. I showed it to the chess class (aged eight and under). They were overjoyed and played game after game. But they didn’t stand a chance of winning even one. Why?

Because chess beginners lose games by dropping pieces, without seeing that they can be captured. It’s the last thing the Centaur himself would do. So the computer diligently grabs the pieces that are a prize and in the end can do nothing but win the game.

After ten or more games, the amateurs in the rankings gave up – they lost interest in playing against the machine. 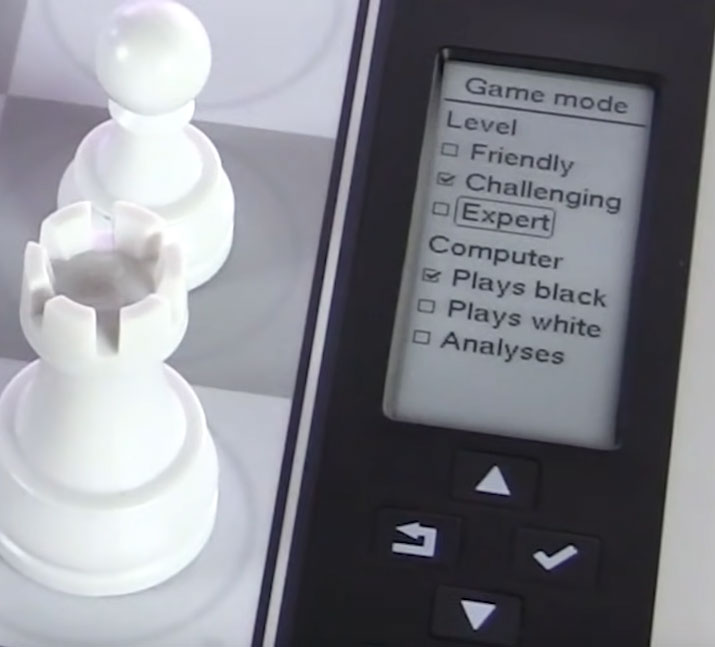 So my request to DGT: have your programmers install a “Beginner” mode, where the board actually drops pieces – just like the novice novices in the chess group I was constantly experimenting with. I help you devise algorithms to make inattentions by the computer plausible. They have to mimic the kinds of mistakes that people who have just learned the game often make. A beginner mode makes the set available to a much larger and very important audience.

The CEO of DGT explained:

“One thing that might be worth noting is that Centaur immediately adapts to the player throughout the game, but not so much from game to game. There is a very minor adjustment from one game to another, but that adjustment is not significant And in any case it will be reset as soon as Centaur is restarted or when another “level” is selected.

Perhaps this is also one of the reasons why absolute beginners find it quite challenging to win or even tie their first game. But when they draw or even win their first game, the joy is immense.”

While absolute beginners may struggle with the Centaur, I must hasten to mention that the Centaur is perfectly suited to anyone approaching or exceeding Elo 1000. And of course also for players who are much stronger. That’s my first guess. The board is a lot of fun for everyone in these categories. Here is a video with full operating instructions.

You can get the Centaur from a DGT dealer or from retail outlets such as Amazon. The price is $288.

Coming soon: review of a second modern sensor board that is just as sleek and attractive.