The county’s match list will be released Thursday afternoon, with the 18 teams discovering their schedules in the LV= Insurance County Championship, Royal London One-Day Cup and Vitality Blast.

After a winter marred by accusations of institutional racism and the appalling Ashes tour of England, the new season offers a chance to look ahead as county cricket tries to rebuild.

So what should we pay attention to when the dates are available to go into the calendar from 1pm?

There are plenty of reasons why England were hammered 4-0 in Australia, but it certainly doesn’t help host the bulk of domestic red ball cricket at any end of the season.

Last summer, nine rounds of the County Championship were crammed for mid-June, and the first of four division rounds began on August 30.

Between June 7 and August 29, there were only two rounds left as the heart of the summer was dominated by white ball competitions.

County players played the vast majority of their red ball cricket in chilly, seam-friendly conditions, with even the snow stopping playing.

This summer will be different as the ECB is expected to schedule three rounds of the County Championship in July and two in June.

However, the problem is not so simple. Many county players will be involved in England’s four Test matches in July and August, or some of the 15 white-ball matches over the two months.

Exactly when these championship rounds roll in will determine whether certain England Test candidates have a chance to fine-tune their red ball game away from the international spotlight without needing handwarmers. 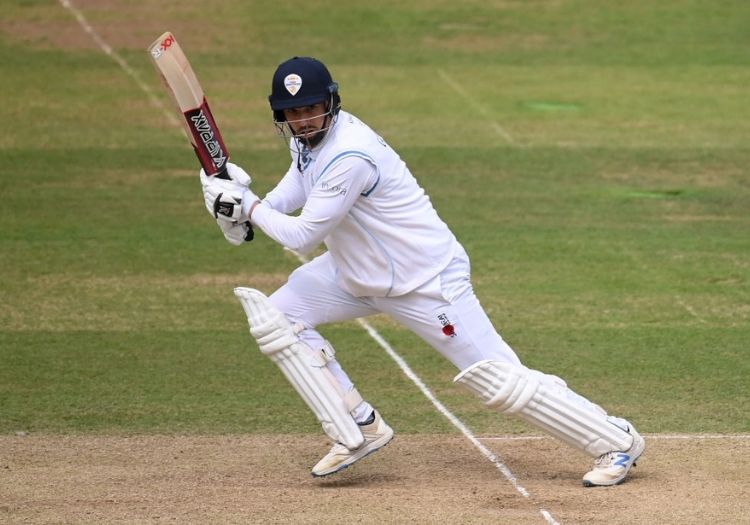 There are expected to be more championship rounds in high summer

The knockout stage of the One Day Cup

With the franchise tournament going nowhere and England as busy as ever, that doesn’t seem to be changing.

What can be changed is the time period of the knockout stages. Last summer, Durham had just 48 hours between their semi-final victory over Surrey and the final against Glamorgan, who had made it to the final the day before. This left fans little time to plan the travel, accommodation and leisure needed to attend the final at Trent Bridge.

Last summer, ECB director of county cricket Neil Snowball told The Cricketer: “It would be good to get a bigger gap between the semi-final and the final.”

Whether he lives up to this ambition will show whether the ECB has the energy to save the old-fashioned competition of county cricket.

Traditionalists could be outraged if this year’s final isn’t played over a weekend, as Snowball attributed last year’s climax on Thursday to a “one-off” broadcast situation.

The Vitality Blast is expected to begin on May 25, the earliest launch date in six years. More importantly, it will conclude with Finals Day on July 16, the earliest finish in the tournament’s history.

With the ECB also hoping to keep more championship cricket in this window, a scenario where provincial players jump between formats is feasible.

Last summer, most of the Blast group matches were played in June, uninterrupted by red ball matches.

If rounds of T20s are sandwiched between championship games, intentions to give players more red ball action in the warmer months may be hampered by adjustments to different formats.

The T20 Blast occupies an earlier slot in the schedule

Who plays who and when?

After two seasons affected by Covid, the championship is implementing the structure it originally envisioned for 2020, with 10 teams in Division 1, eight in Division 2 and each side to play 14 matches.

This will create an asymmetric match list in Division 1, with fairness to be determined through a placement system based on past performance.

However, players switching teams, calling up England and rough form changes all ensure that what happened in previous campaigns can’t happen again. Just ask Nottinghamshire, who came into a title game last season and started the season without a win since June 2018.

In other words, a schedule in which sides play against certain opponents more often than others will inevitably yield benefits for some teams.

Fans should also keep an eye on when their team is playing with whom, with each roster better suited to specific circumstances. For example, while there’s never a fun time to face Middlesex’s Shaheen Afridi, it might be a little nicer to do so in the middle of summer than on a frigid April morning.

County cricket has had a tumultuous winter, both because of the cricket and wider social shortcomings. While those issues remain unresolved, it remains a sport that means a lot to fans and captivates the public.

Last summer there was a dramatic title race, a typically entertaining final day and even the Royal London Cup was unforgettable, with Glamorgan taking a historic title.

As always, there are exciting overseas stars, such as Afridi, Mohammad Rizwan and Marnus Labuschagne.

There’s plenty to get excited about, and supporters can look forward to the promise of the first day of the season, the hard-fought local derbies and the blood-curdling battles for silverware.

Please make sure all fields are completed before submitting your comment!