MUSIC: TYMARA WALKER The term “supper club” is everywhere in Las Vegas these days, applying equally to fashionable restaurants with live entertainment on the Strip and up-and-coming local listening spaces and lounges that add dining to the experience. The latest location to use the label is a well-known entertainment space in Henderson. Formerly known as E-String Poker Bar, Gambit on Sunset Road has a cocktail and game bar called the Bank, a hidden tequila-themed speakeasy known as 33, and the full-service Gatsby’s, which features a classic dinner-and-show combo with a versatile menu and even more exciting roster of entertainers.

This weekend is off to a great start with the immensely talented Tymara Walker (House of Blues Gospel Brunch, Michael Jackson One, Heartbreak Hotel) headlined a KUNV sponsored music evening “Soul of Jazz”, supported by the SOJ All Stars band. Walker has toured and performed with the likes of Gladys Knight and Chaka Khan, and her vocal skills deserve the biggest stage and brightest spotlight around. 6:30pm, $20-$280, 2031 W. Sunset Road, lvlivepresents.com. –Brock Radke 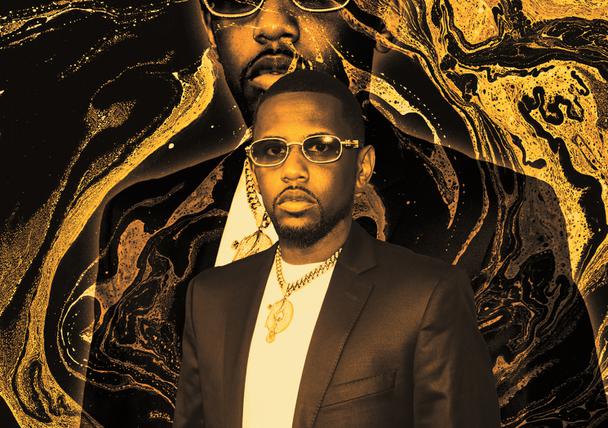 MUSIC: DAVID FOSTER Since much of the music he has written and produced with superstars such as Celine Dion, Michael Bublé, Whitney Houston, Mariah Carey and Chicago has been performed on the Strip for years, it only makes sense that David Foster would have a show of his own in Las Vegas, mainly because he plays a lot of that stuff while sharing stories about those artists and other aspects of his career. “I love going there and I’ve seen so many shows there over the years, all the way back to Elvis back in the day,” Foster says. “I hope what I do is a good fit for me, because what could be better than traveling to Vegas once a month for four shows, from LA? I would really like it.” 8 p.m., $200+, Encore Theater, ticketmaster.com. –Brock Radke

ART: FAITH JONES READ & SIGN Until her early twenties, Faith Jones lived in nightmares. She grew up in an isolated congregation under the Children of God, a religious sect her grandfather founded in 1968 to prepare for the “End Times.” The cult grew exponentially over the years, garnering thousands of followers in more than 100 countries and even attracting the attention of well-known celebrities. Accusations of horrific abuse soon surfaced within the cult. At the age of 23, Jones managed to escape the group and start a new life. Today she is a successful lawyer and the author of the memoir Sex Cult Nun. Hear as the inspiring survivor reads passages about her time within the cult and how she got back on track with her life. 7 p.m., free, the Writer’s Block, thewritersblock.org. —Amber Sampson 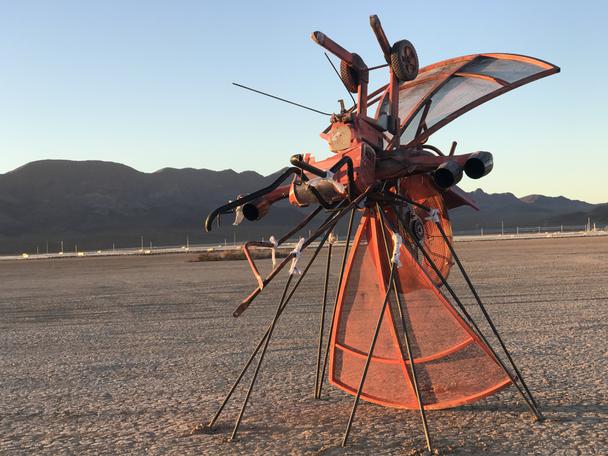 MISCELLANEOUS: EVERYTHING COMES IN BARBARA Barbara Dixon is a belter/hoofer in the tradition of Liza Minelli and Elaine Stritch. She plays classic Broadway tunes, tells lewd showbiz stories and is known for cutting a rug if the muse wants it. (Google “Barbara’s Fosse Dance Tutorial” and be prepared to learn “The Rich Man’s Frug,” “Soft-Boiled Egg Hands,” and “Baby Made of Noodles.”) Everything is coming Barbara, her autobiographical show, comes to Vegas after wildly successful runs in LA and New York, and just before rumors that Dixon is actually writer and performer Leah Sprecher, a member of the acclaimed Groundlings group and a BroadwayWorld Person to watch nominated. 8pm and midnight, $35-$45, Majestic Repertory Theater, majesticrepertory.com. —Geoff Carter 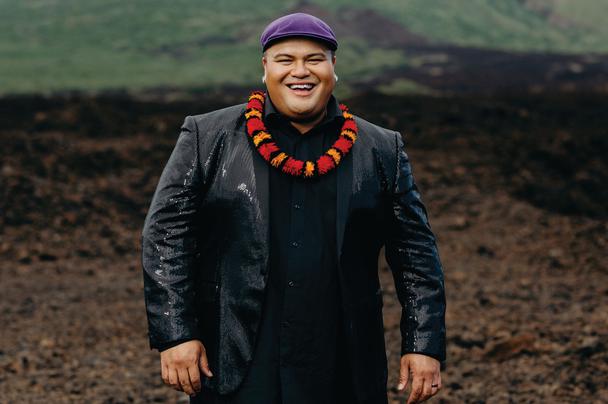 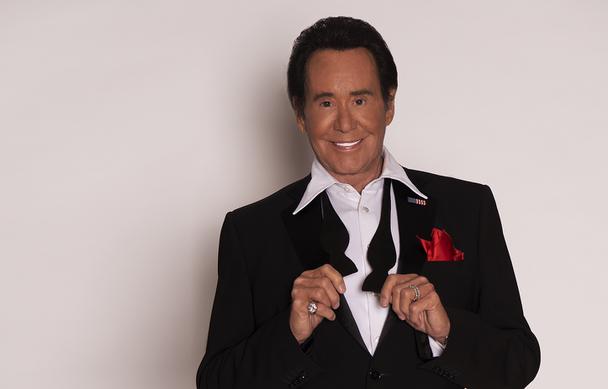 Wayne Newton: Up Close and Personal

MUSIC: WAYNE NEWTON: UP CLOSE AND PERSONAL mr. Las Vegas is finally back, starting anew at the legendary Las Vegas resort where it first hit headliner status in the 1960s. Wayne Newton was originally slated to resume up close and personal, his extravagant music and storytelling, in October in Flamingo’s intimate Bugsy’s Cabaret space, but his plans were delayed by a back injury. He’s back on track and ready to replicate the success he’s had in recent years in smaller Strip rooms at Caesars Palace and Bally’s, with an emphasis on audience interaction and its unique history. After opening night on January 24, Newton has a slew of shows booked on Mondays, Wednesdays and Saturdays through June. 7:00 PM, $66-$102, Bugsy’s Cabaret, ticketmaster.com. –Brock Radke 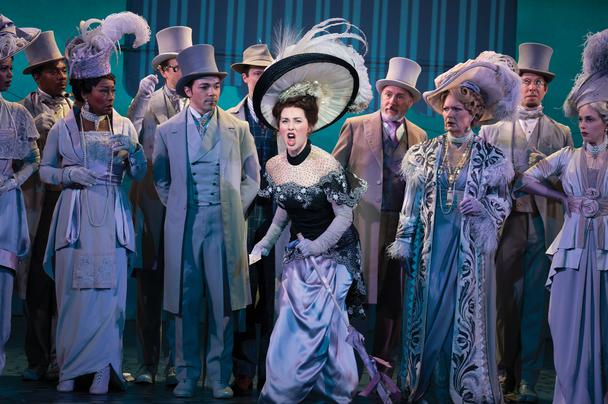 ART: MY FAIR LADY The Smith Center’s Broadway Las Vegas Series Continues with Alan Jay Lerner’s Lincoln Center Theater Production and Frederick Loewe’s 1956 My beautiful lady. Bartlett Sher, the Tony-winning director of this revival, removes the rom-com glare that engulfed the 1964 film version—the version most people know—leaving what George Bernard Shaw wrote in his original 1913 play Pygmalion, from which My beautiful lady has been adapted: a searing, witty take on class struggle, grooming, and clueless misogyny. The songs also remain – enduring classics like ‘I Could Have Danced All Night’, ‘The Rain in Spain’ and ‘I’ve Grown Accustomed to Her Face’. January 25-30, 7:30 PM, additional shows at 2:00 PM January 29-30; $30-$148, Reynolds Hall, thesmithcenter.com. —Geoff Carter 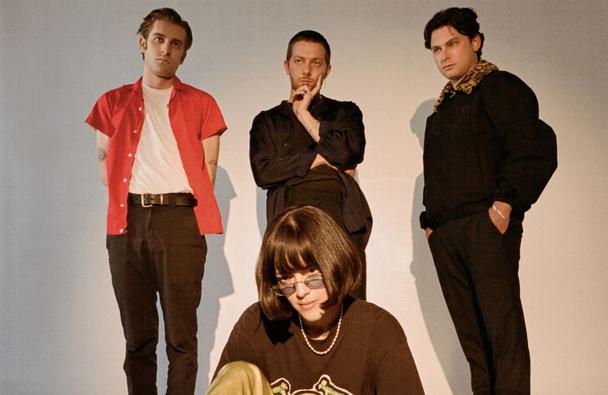 MUSIC: THE MARIAS This LA indie pop band describes their sound as ‘psychedelic soul’, and it’s true; you can hear the influence of both sounds on The Marias’ stunning debut album from 2021, Cinema. (That’s also an apt description; their music would play brilliantly in movies.) But there’s a lot more going on than that in The Marias’ sound. María Zardoya delivers her sly, pillow-soft vocals in both English and Spanish, and multi-instrumentalist Josh Conway produces beats that evoke both man and machine. Think Portishead, Télépopmusik, Phantogram – the very best of trip hop, evolved into something new and unexpected. with May. 8pm, $20. Brooklyn Bowl, ticketweb.com. —Geoff Carter

Click HERE to subscribe to the Weekly Fix, the digital edition of Las Vegas Weekly, for free! Stay tuned for the latest news about concerts, shows, restaurants, bars and more in Las Vegas delivered straight to your inbox!