Usman has been incredibly dominant since capturing the UFC welterweight title. He is now even starting to overlap the division, having already fought Jorge Masvidal and Colby Covington twice.

Moreno and Alvarez know each other well and have even trained together in the past. That makes the UFC’s first Mexican-born champion the perfect view to take on a potential crossover fight for Usman.

Speaking to Michael Bisping for BT Sports, Moreno had this to say:

“Canelo is a monster man!” #UFC270 interview with @bisping completely on YouTube

“Canelo is a monster man!” 😂All due respect as usual, Brandon Moreno’s reaction to the idea of ​​Kamaru Usman boxing Canelo Alvarez says it all!View the #UFC270 interview with @bisping full on YouTube ️

Brandon Moreno on his combat trilogy with Deiveson Figueiredo

At UFC 270 this weekend, Brandon Moreno and Deiveson Figueiredo will complete their trilogy. The first fight ended in a majority draw, although it probably would have gone in the direction of Figueiredo had he not been penalized for a low blow.

In the repechage, however, Moreno delivered a masterclass, putting Figueiredo on his feet before subduing him in the third round. With the third clash only days away, Moreno had this to say to Bisping:

“For me it’s very easy. It was all about confidence. The first fight was difficult for both of us, for Figueiredo it was also difficult. But speaking of myself, my personal experience, I only had three weeks to do something specific for to prepare [the first] Figueiredo fight… In the second, after the first, I thought, ‘Man, I can take this man’s damage. I have enough chin. I can wrestle with him. I can wrestle with him.'”

Watch the full interview below: 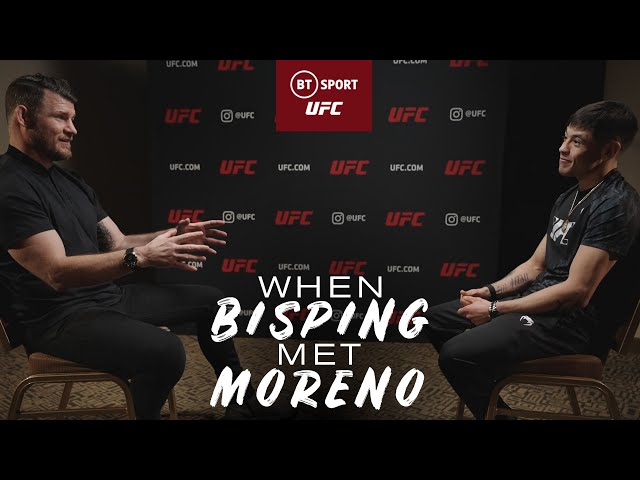