Acrobatics, music and lights. These are three of the elements that Charlotte’s Nouveau Sud circus will use to showcase the journey migrants take as they travel from Central America to the US

The show has been eight years in the making. Carlo s Ale xis Cruz is originally from Puerto Rico and says when he arrived in Charlotte nine years ago, he noticed a lack of diversity on stage.

A year later, he received the McColl Award from the Arts and Science Council , an onpro fit that hel ps f und and cha mpion the ar ts in Mecklenburg County. His goal was to bring together communities of color through a contemporary circus company, Nouveau Sud, which translates to the New South.

“I started in the community to reactivate and unite communities that have been separated, that are separated ,” Cruz said .

Cruz says ever since that moment , he’s always wanted to tell the story of migrants who travel from Central America to the US

In 2020, Nouveau Sud was awarded a grant from the New England Foundation for the Arts to do just th at and put together “La Bestia.”

“We’re using art to tell the stories that no one dares to tell but that are very real,” Cruz said.

“La Bestia,” which translates to “The Beast,” is not only the name of Cruz’s circus performance. It’s also a well-known term to many immigrants. La Bestia, also known as “El tren de la muerte” or “The Death Train” is a network of cargo trains that travel across Mexico toward the US

Migrants, mainly from Central America, ride atop the trains, a dangerous and often life – threatening experience.

“It’s an emblematic figure for me,” Cruz said. “Even though it isn’t used as often nowadays , it is still an emblem today of having to tame that fear in order to accomplish your goals.”

Nouveau Sud’s circus performance follows migrants on this trek. The show will include acrobatics, narration and music. In the lobby, audiences will find information on La Bestia and other immigration facts. 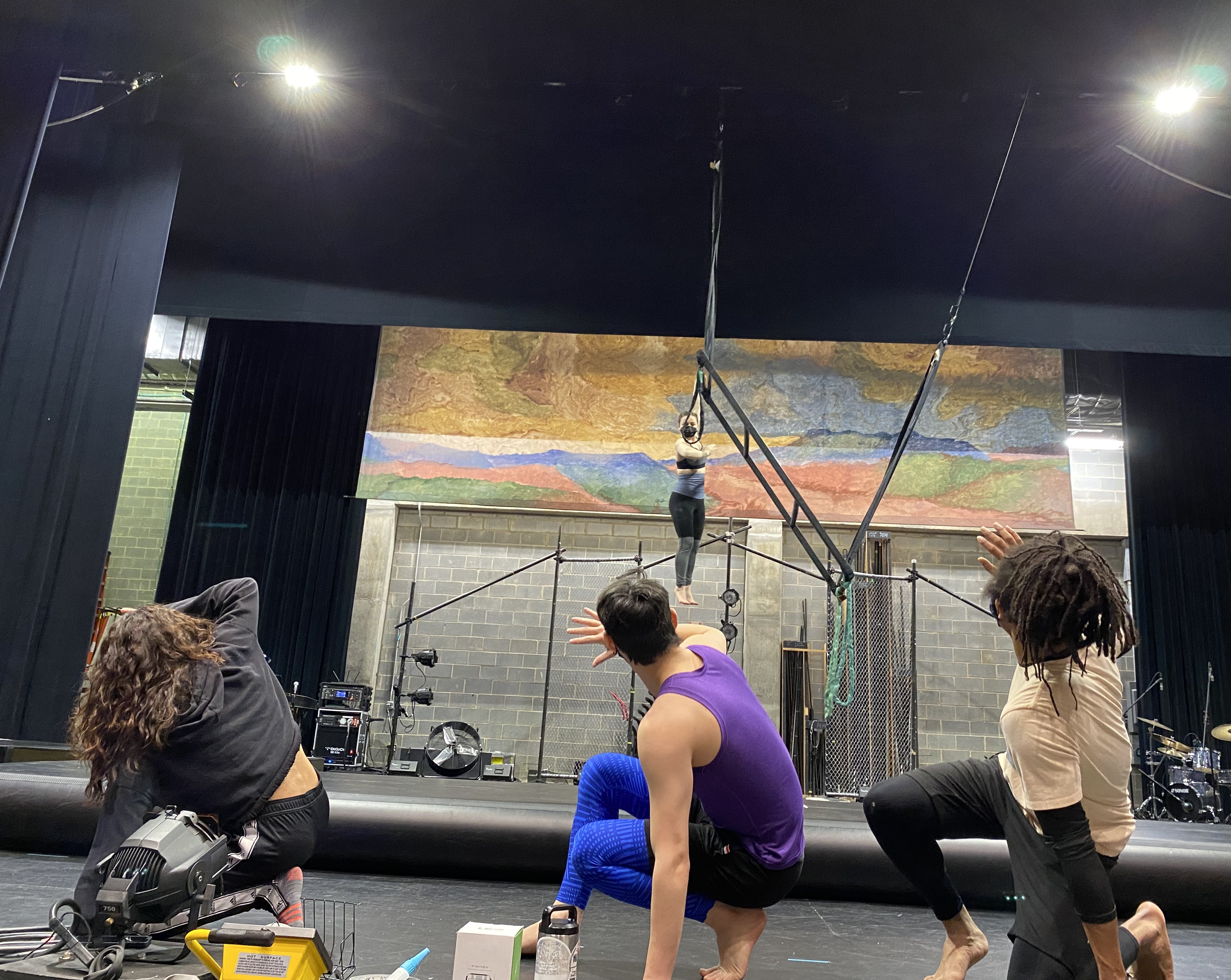 Cruz says he wants to showcase this story as a way of humanizing Latinos and immigrants in Charlotte.

“I always say immigration doesn’t happen on a whim, it happens out of necessity,” Cruz said. “And if people could just think of that I think they would see immigrants from a different point of view.”

Cruz himself didn’t have to go through this journey. He’s a US citizen and has what he calls the privilege of not having to go through an immigration process. But he says because of his accent and skin tone , he’s seen as a Latino immigrant.

“It’s my responsibility to represent the Latino community in general,” Cruz said.

Susana Morehouse is originally from Chile and is a performer in “La Bestia.” Similarly to Cruz, she says coming to the US wasn’t easy for her but it was definitely not as challenging as the story she is now helping tell.

She moved to New York to study dance. But even though she doesn’t fully relate to the story, she says as soon as she heard about “La Bestia,” she wanted to be a part of it.

“I loved it,” Morehouse said. “I was very intrigued about it because I never heard of a circus company talking about immigration, so I thought it was very interesting and necessary.” 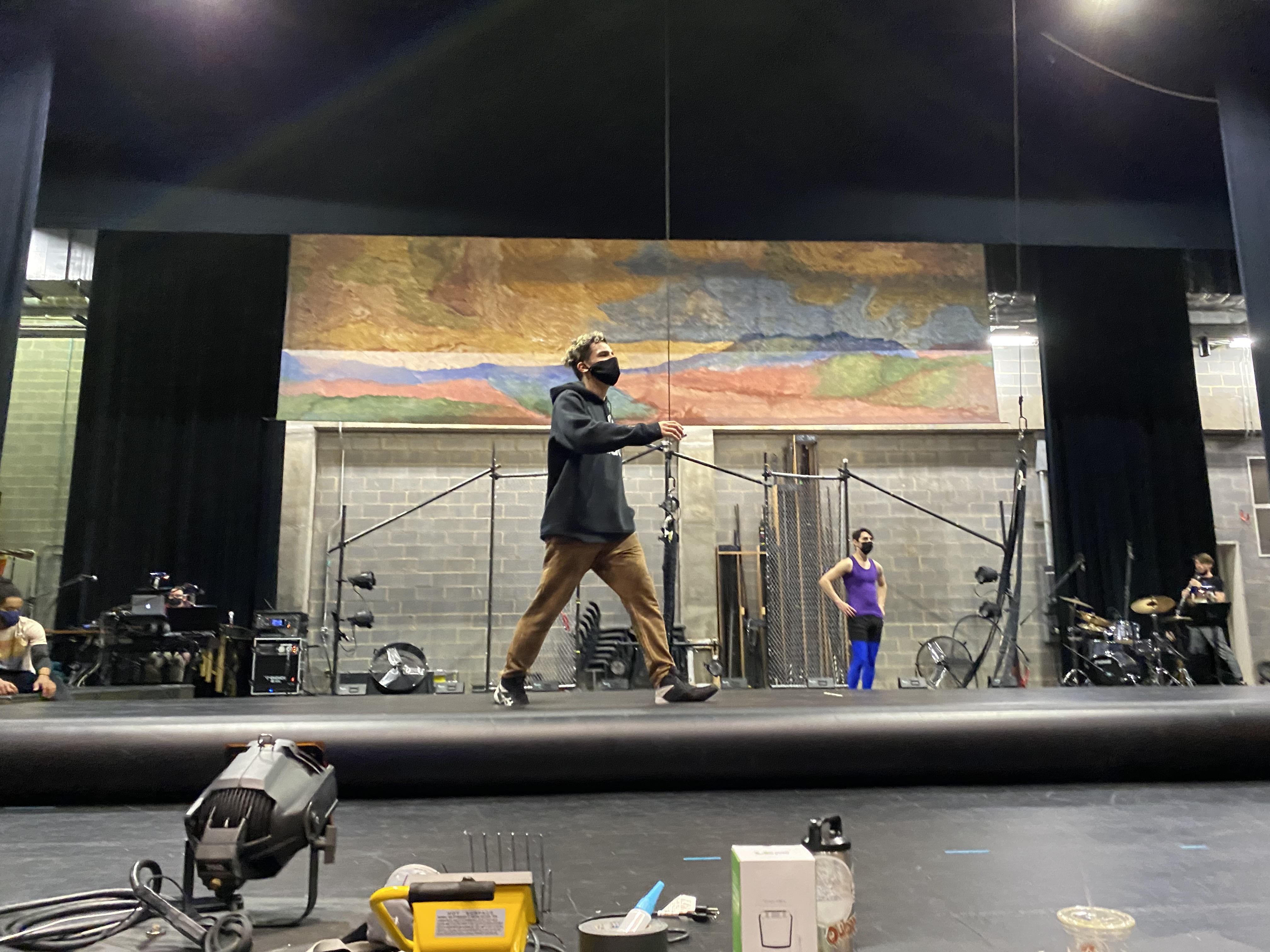 Morales Bravo is from Argentina but has traveled the world training and performing different circus acts. Most recently he performed with Cirque Du Soleil. He says he got a call from Nouveau Sud and as soon as he heard what “La Bestia” was about , he was in.

“I feel really fortunate that they chose me for this, because it’s really tough but it’s also a really important story that we’re telling ,” M orales Bra vo said .

Morales Bravo says in doing research for his role as the main character in the show, he’s learned about the experience of Central American immigrants and their journey to the US

“Honestly, it was really shocking and difficult to learn about,” Morales Bravo said. “But that’s also what made me fall in love with the project , because I know it’s important to show people what really happens.”

Morales Bravo says audiences will be met with an array of emotions , f rom sadness to joy to anger.