Chess.com is happy to announce the 2022 Daily Chess Championship is starting on December 31, 2021! This traditional daily chess event is open to all Chess.com members and has a prize fund of $5,000 and a special Daily Chess Champion trophy. Don’t miss the chance to participate in this massive event by clicking the button below and joining the tournament.

If you’re still wondering if this event is right for you, here are eight reasons why you should play:

Play In A Wildly Popular Event

It’s always nice to feel like you’re a part of something big. Playing in the 2022 Daily Chess Championship will give you the chance to participate in one of the biggest events of the year! The last edition of this event saw more than 16,000 players enjoying the competition—and that was before The Queen’s Gambit helped chess reach new heights. 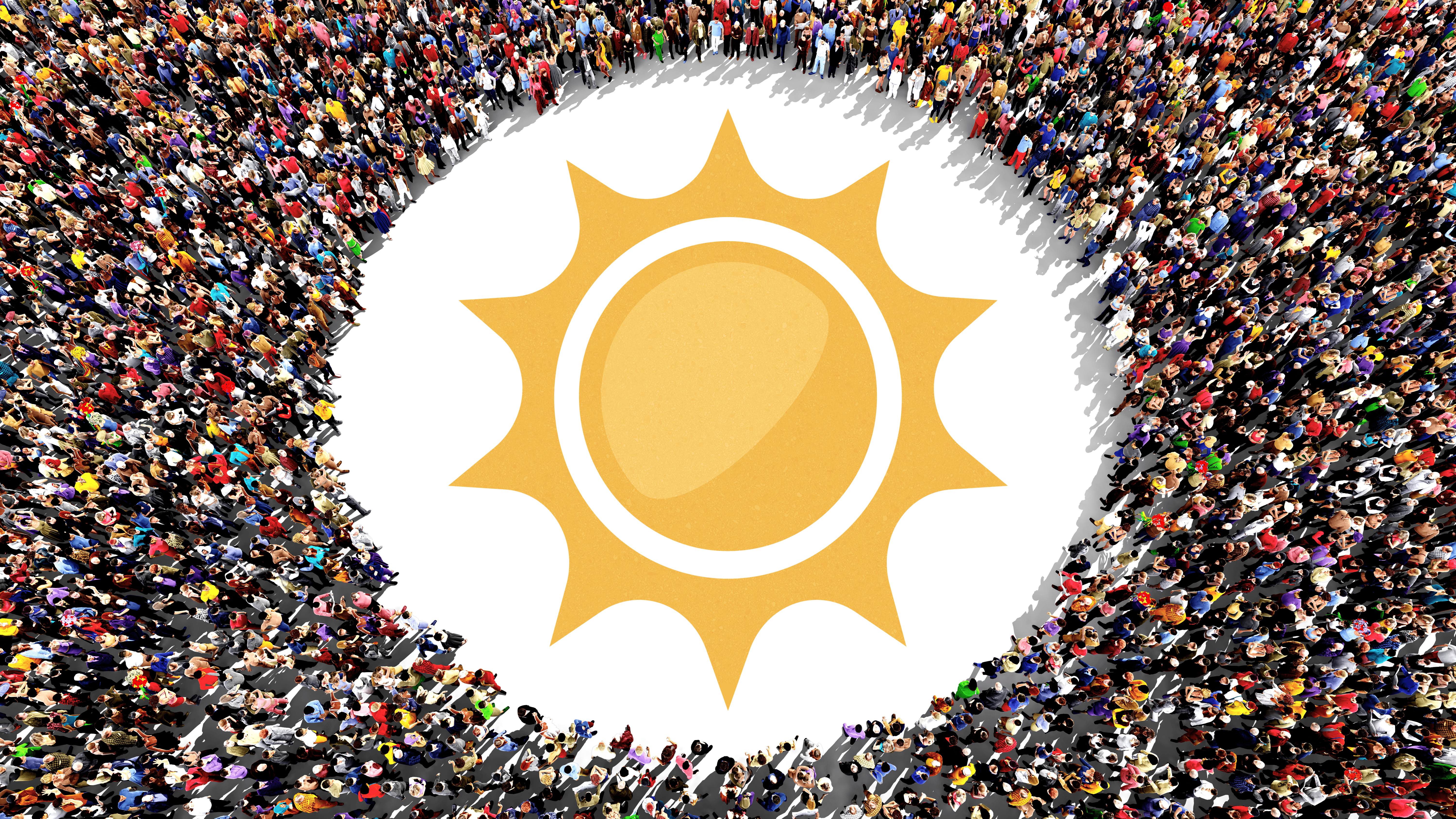 With chess being at the pinnacle of its popularity and major events like the World Chess Championship and PogChamps propelling the game even further, there’s no telling how massive this event will be. Make sure you join it now and become a part of Chess.com’s history!

Playing chess is fun, and many will gladly play it for free. But what if someone paid you to do it? By participating in the 2022 Daily Chess Championship, you’ll get the chance to claim one of the many prizes we’re offering. Join the tournament now to compete for a piece of the $5,000 prize fund! We will award players in many categories, including best video analysis, best social media post, and more—so you don’t even need to be among the best chess players to win them!

Daily chess is the perfect way for you to get to know some of the most dedicated and friendly members of Chess.com. It’s much easier to strike up a conversation when you’re playing a longer game against someone. In daily chess, you’ll be playing the same person for a more extended period, so it’s easier to start a conversation and make new friends! 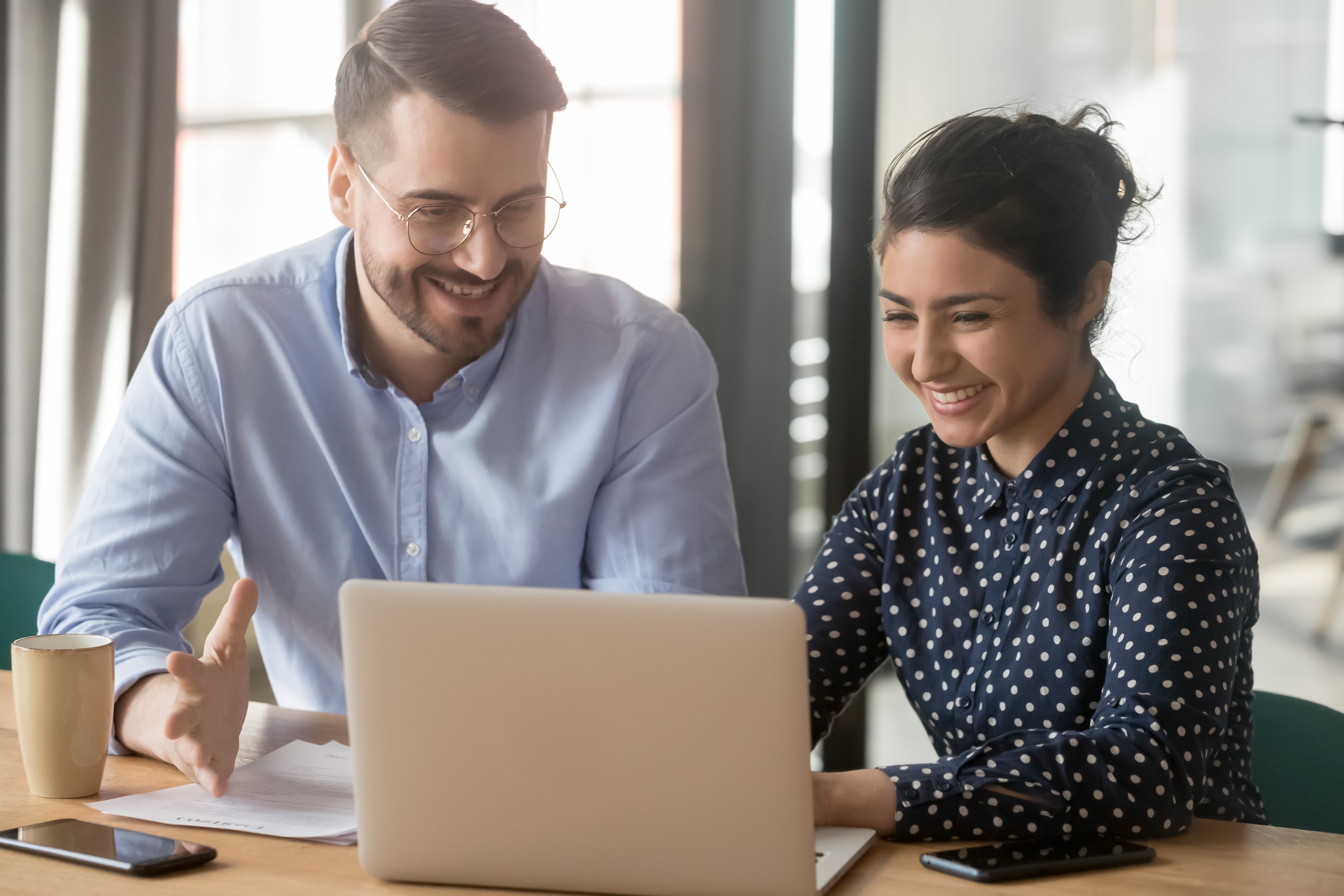 Get Better As You Play

Daily chess is not only fun, but it also helps you to improve your chess. Although you can’t use engines, you do have permission to reference our opening explorer or opening books. You also get the chance to improve your calculation skills since you can spend a long time on each move calculating multiple lines.

Play Your Most Precise Games Yet

Daily chess allows you to think deeply about every move and calculate all the different available lines. Without feeling time pressure or scrambling to keep your flag from falling, you have the chance to play your most precise game yet. Join the tournament and give yourself a chance to play your own immortal game!

Start The Year With An Exciting New Championship

If your New Year’s resolutions include having more fun and doing exciting things, the 2022 Daily Chess Championship is a great opportunity for you to start the year on the right track. As you celebrate the beginning of 2022, you can also enjoy the thrill of playing in a worldwide competition that will keep you entertained for a long time!

Many titled players and notable Chess.com staff members play in the Daily Chess Championship. Join the tournament for a chance to play against players such as IM Danny Rensch, NM Sam Copeland, and others! 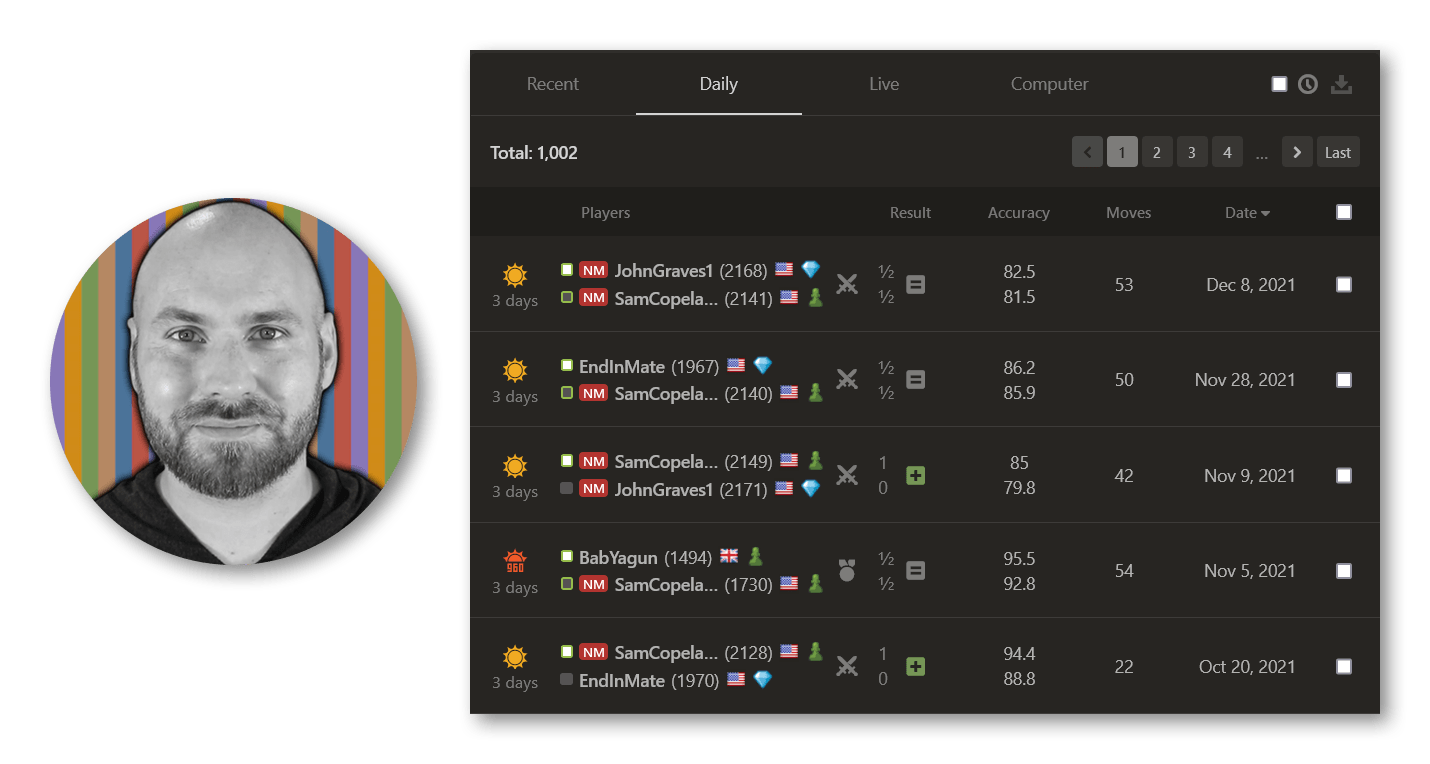 At the end of the tournament, three lucky (or rather, skilled) players will receive the exclusive Daily Chess Championship trophy. The top three players of the event will be able to display the coveted award on their profiles forever! 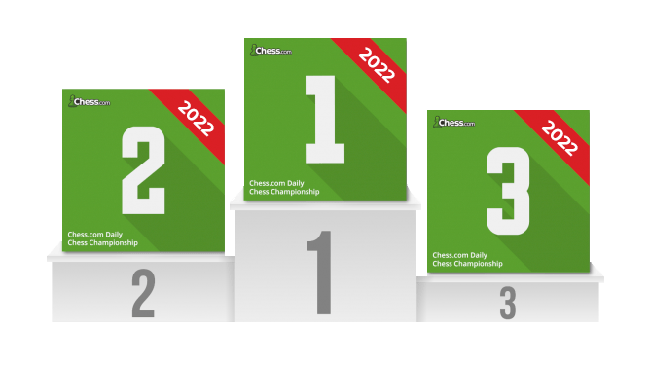