Press release by the World Chess Hall of Fame

The World Chess Hall of Fame (WCHOF) continues celebrating its 10-year anniversary in Saint Louis by opening its first-ever, museum-wide exhibition, Mind, Art, Experience: Celebrating 10 Years of Chess & Culture in Saint Louis, on January 27, 2022. A public reception will be held on Thursday, April 14, 2022, with more details coming soon. The exhibition will be on view through July 17, 2022, with free admission. A virtual tour will also be available on the WCHOF’s website, Facebook and YouTube channels.

On this DVD Dorian Rogozenco, Mihail Marin, Oliver Reeh and Karsten Müller present the 8. World Chess Champion in video lessons: his opening, his understanding of chess strategy, his artful endgame play, and finally his immortal combinations.

“This show is a celebration of what our staff has accomplished together over the past 10 years, thanks to the unique vision of Dr. Jeanne Cairns Sinquefield and Rex Sinquefield,” says Shannon Bailey, Chief Curator at the WCHOF. “By mixing all 50 of our past exhibitions, our audience will truly see the heart of our mission—to show the rich history of chess not only through the lives of legendary grandmasters but also the unifying impact this timeless game has on all aspects of culture .” 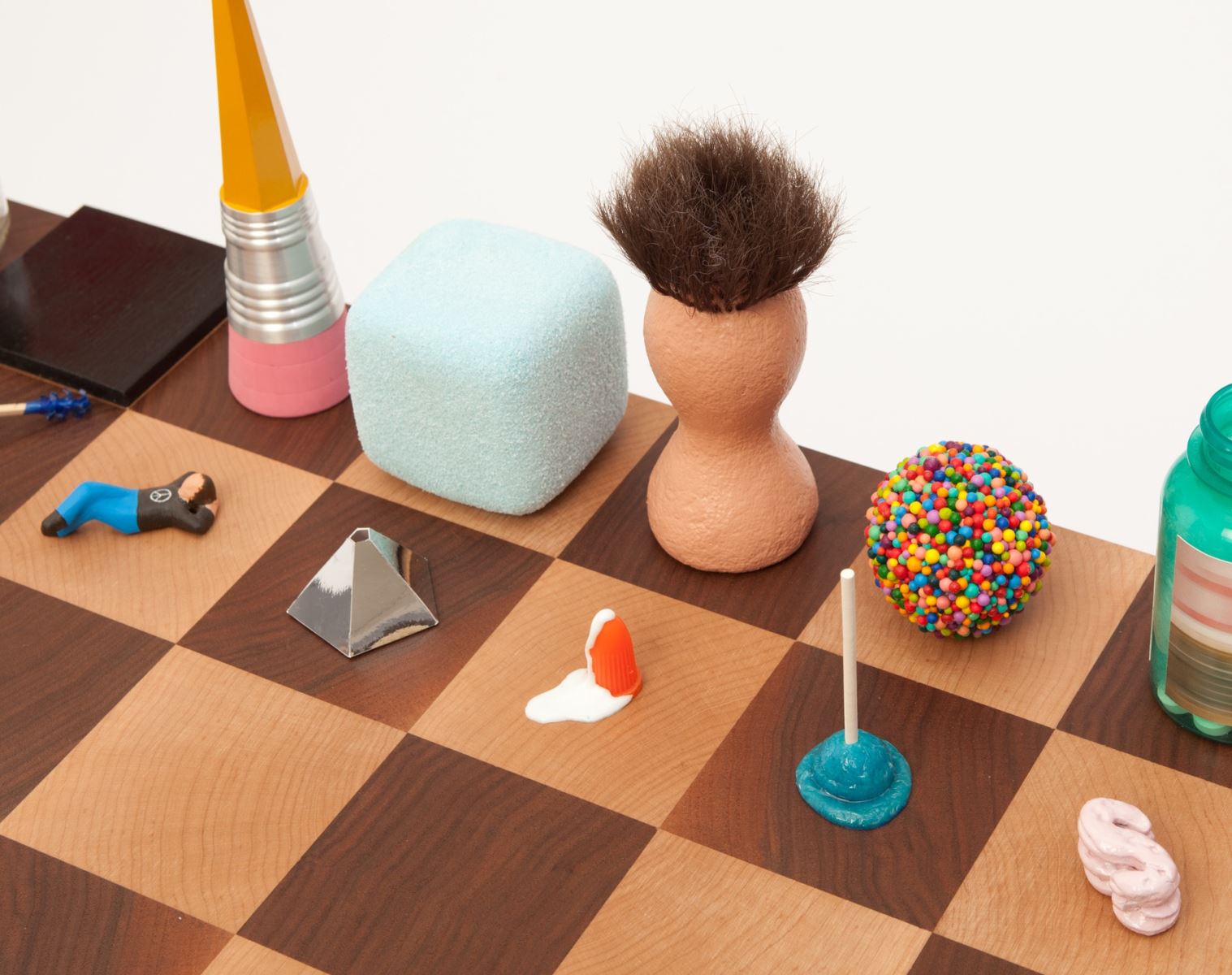 Highlights of the exhibition include native Saint Louisan Tom Friedman’s Untitled, a chess set assemblage of found objects and meticulously crafted items of which no two pieces are alike [pictured]; Barbara Kruger’s Untitled (Do You Feel Comfortable Losing?), a chess set, which plays one of over one hundred possible statements when a piece is moved; Yoko Ono’s Play It By Trust, an all-white chess set inspired by the Cold War, nuclear arms race, military conflict in Vietnam, and the struggle for civil rights in the United States; Rachel Whiteread’s Modern Chess Set, which has pieces inspired by the dollhouses she collects and chess pieces used in Game 3 of the storied 1972 World Chess Championship between Bobby Fischer and Boris Spassky.

“From insightful artwork that takes inspiration from chess and artifacts related to the sport’s greatest players, Mind, Art, Experience includes something for everyone,” says WCHOF Curator Emily Allred. “We are excited to share these pieces of our history with visitors and hope it will inspire them to learn more about the game or think about how it has had an impact on their own lives.”

About the World Chess Hall of Fame

The World Chess Hall of Fame (WCHOF) is a 501(c)(3) nonprofit organization committed to building awareness of the cultural and artistic significance of chess. It opened on September 9, 2011, in the Central West End after moving from previous locations in New York, Washington, DC, and Miami. Housed in a historic 15,900 square-foot residence-turned-business in Saint Louis’ Central West End neighborhood, the WCHOF features World Chess Hall of Fame inductees, United States Chess Hall of Fame inductees selected by the US Chess Trust, artifacts from the permanent collection and exhibitions highlighting the great players, historic games and rich cultural history of chess. The WCHOF partners with the Saint Louis Chess Club to provide innovative programming and outreach to local, national and international audiences.

How Bobby Fischer battled the Sicilian

Fischer liked to play aggressive but basically sound lines against the Sicilian and many of his variations are still very much alive and a good choice for players of all levels.