“Badly explaining what you do for a living.” “I teach people how to drop guns and pick up plastic pieces” – Tunde Onakoya responds to a Twitter user who posted the first statement on her timeline. Only that this time the plastic pieces he refers to are chess pieces. In a chessboard, the…

“Badly explaining what you do for a living.”
“I teach people how to drop weapons and pick up plastic pieces”– Tunde Onakoya responds to a Twitter user who posted the first statement on her timeline.

Only that this time the plastic pieces he refers to are chess pieces.

In a chessboard, the king’s life is at stake. With the rook, bishop, knight and pawn ready for battle, they face the same amount of resistance. They then have to counterbalance with skills, knowledge, patience, tactics and above all, strategy.

Life in Nigeria can sometimes seem like a game of chess. With approximately 40% of the country’s 212 million inhabitants living in poverty, tact, vision and clever work are some of the essential requirements to become victorious.

Interestingly, this chessboard has a unique feature: the pawns dream of being kings. This dream has been activated in the hearts of children living in slums by 27-year-old Tunde Onakoya with his project Chess in Slums. 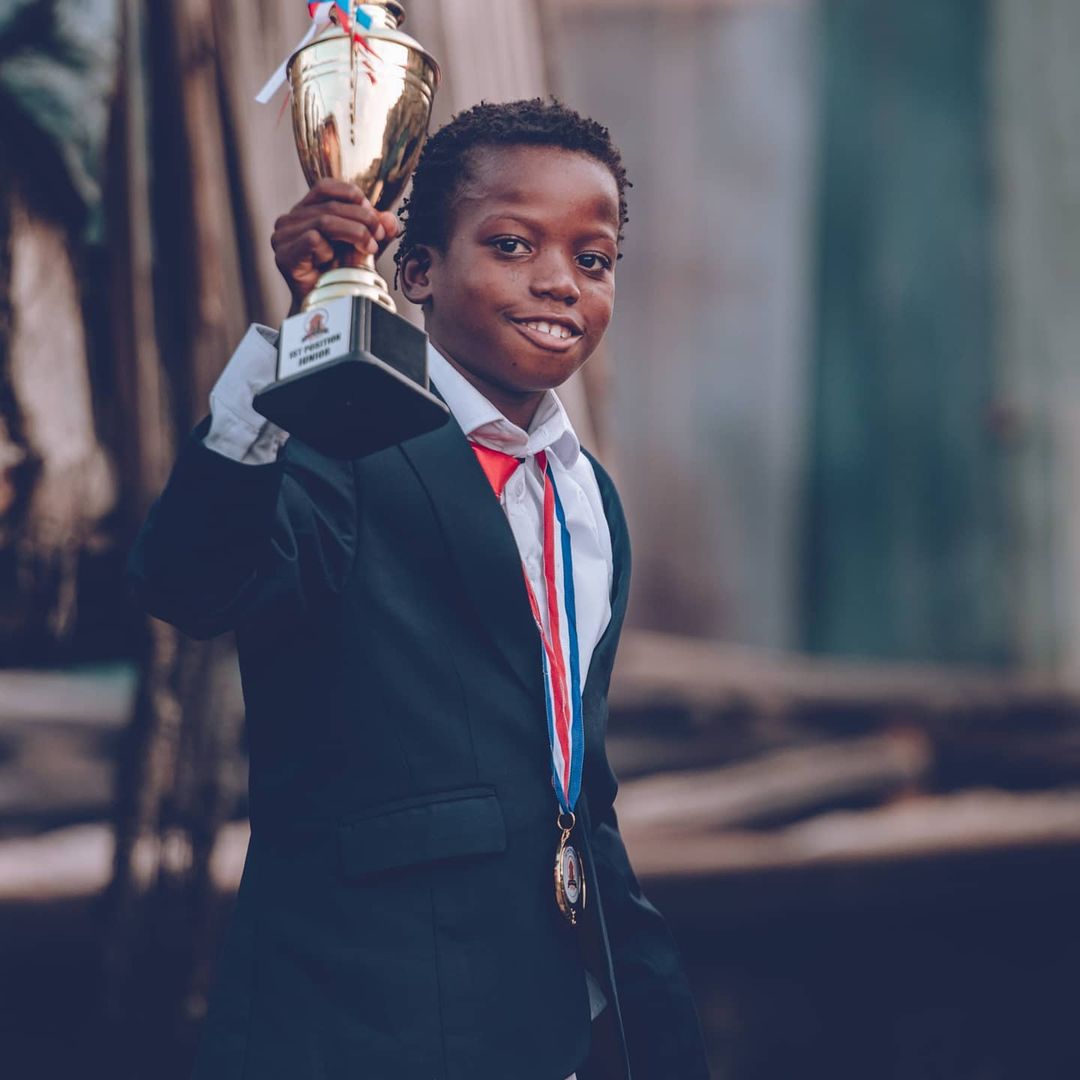 Ferdinand Maumo, a 10-year-old born in Makoko with cerebral palsy, a speech impediment and barely any English, was named the 2021 chess champion of a tournament hosted by Chess in Slums. For the first time, people saw that an elite game was quickly adopted and celebrated among those considered a lower class in society. A few days later, and the governor of Lagos State, Sanwo-Olu invited the champion to a game of chess.

Then, towards the end of 2021, another chess pawn, an 18-year-old bus conductor, Fawaz Adeoye, won another tournament hosted in Oshodi, an infamous location in Lagos. The winnings for the homeless conductor included a Naira prize of 2 million. Just when Fawaz thought he had reached the pinnacle of his win, he was taken along with other players to get a glimpse of the good life on Banana Island.

The news that chess was being introduced in a slum created an unusual excitement, so that a police officer stopped Onakoya and said, “Ah, you are Tunde, the chess boy.” Conversations about him bring people together in taxis, restaurants in Lagos and on social media.

In 2015, Tunde Onakoya, a Yaba Tech graduate, hosted chess lessons in schools as far as Sango Ota, 20 miles from his home in Ikorodu — a slum known for its cult of children. On a rainy day in 2015, he was on his way back to his home when he saw a familiar face, a disabled boy “at the intersection who used to beg for money,” Onakoya told Guardian Life. “…all those guys crawling on the floor. I saw him crawl and tried to get into the shadows. My friend and I came across a Keke (the popular tricycle in Nigeria). My clothes were soaked, but I was able to help lift him to go under the shed next to the police station.

“When I got home that day, I realized this was his reality. Come rain, come sunshine, he would always be there begging for money… I promised myself that whatever I could do to ease the burden of those who have suffered more than I have, I’ll try.

Onakoya asked for help on Facebook and was able to raise money for the crawling child’s wheelchair.

This incident started a fire that has now become a flame in the lives of many.

Onakoya, herself, is not new to pain. Born in Isale Odo in Ikorodu as a driver/conductor and small trader, he couldn’t get to secondary school on time because his parents couldn’t afford the children’s school fees. While his peers were being promoted to Junior Secondary School 2, Onakoya quickly learned how to skillfully play PS1 in a barbershop who is also a chess player.

It was during one of his visits that he first encountered chess. The fascination never left him. Although the barber never taught him, Onakoya learned skills in every game between the barber and other players.

Fortune smiled at him after his mother offered to work for free at a school owned by a Nigerian ambassador in exchange for his education. By the time he was in JSS2, Onakoya had won his first chess tournament and was representing the school. He notes that it was the first time he saw his father cry. His child excelled at something.

It’s the same feeling Onakoya had when he saw the champion, Ferdinand’s face light up the first time he boarded an airplane. “You know, because of his speech impediment, I remember we went on a plane to Abuja (laughs), and I looked at him, he just laughed (laughs), he was so excited but he couldn’t talk.”

Gaining the trust of children is quite a task. Worse, are children growing up in deprived areas. By treating everyone, especially strangers, with suspicion, it is not uncommon for a child who has only learned to survive to be filled with fear.

“I’ve realized there’s something about human interaction that works like magic. By default, if you treat someone with respect, they would respect you too. So we (Chess in Slums) didn’t go there to be condescending, we went there as friends to talk to them.”

Using incentives, especially money if they got a question right, Onakoya says, “Now they understood, ‘Okay, if I do this right, I could eat, you know’. Over time, we started to introduce chess. One thing about children is that they look at the world with curiosity and that made chess the perfect tool. The more they knew, the more they wanted to know, which is why they stayed for two weeks and were vulnerable with us. Most people don’t know their name; they call them street children, but for the first time we called them by their name on purpose and decency.” 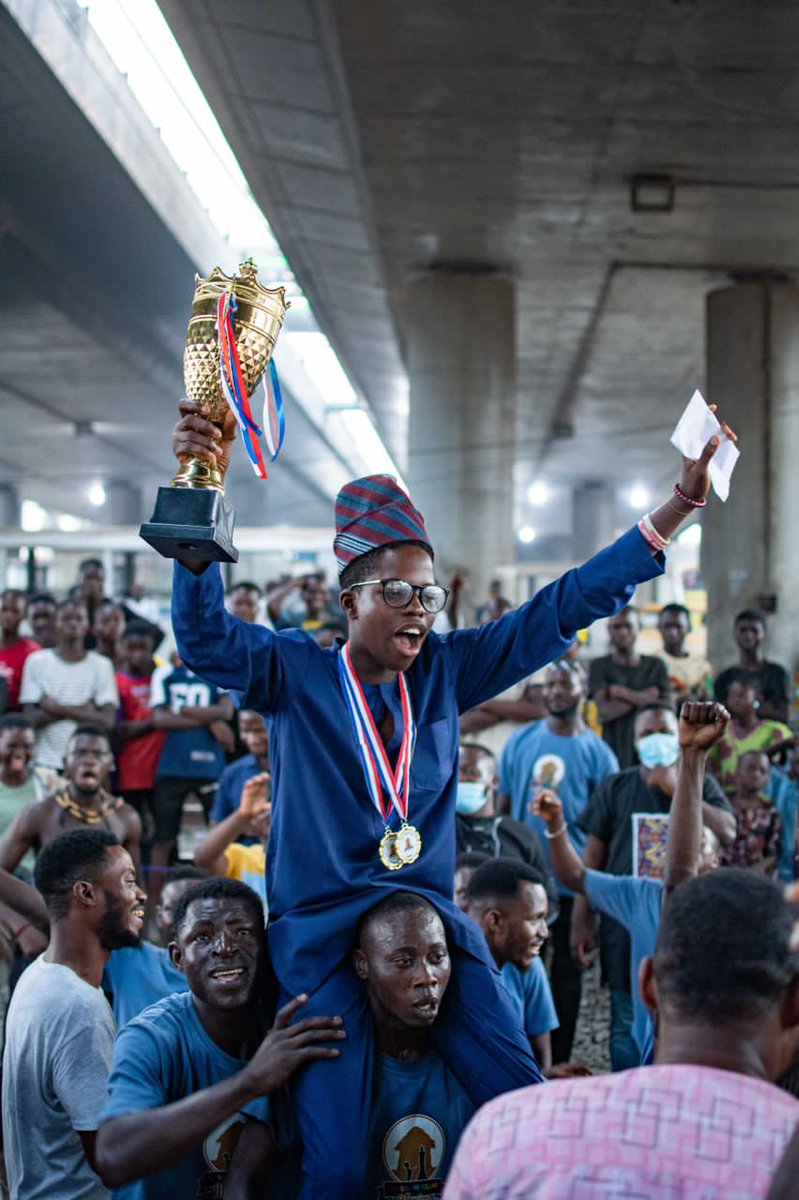 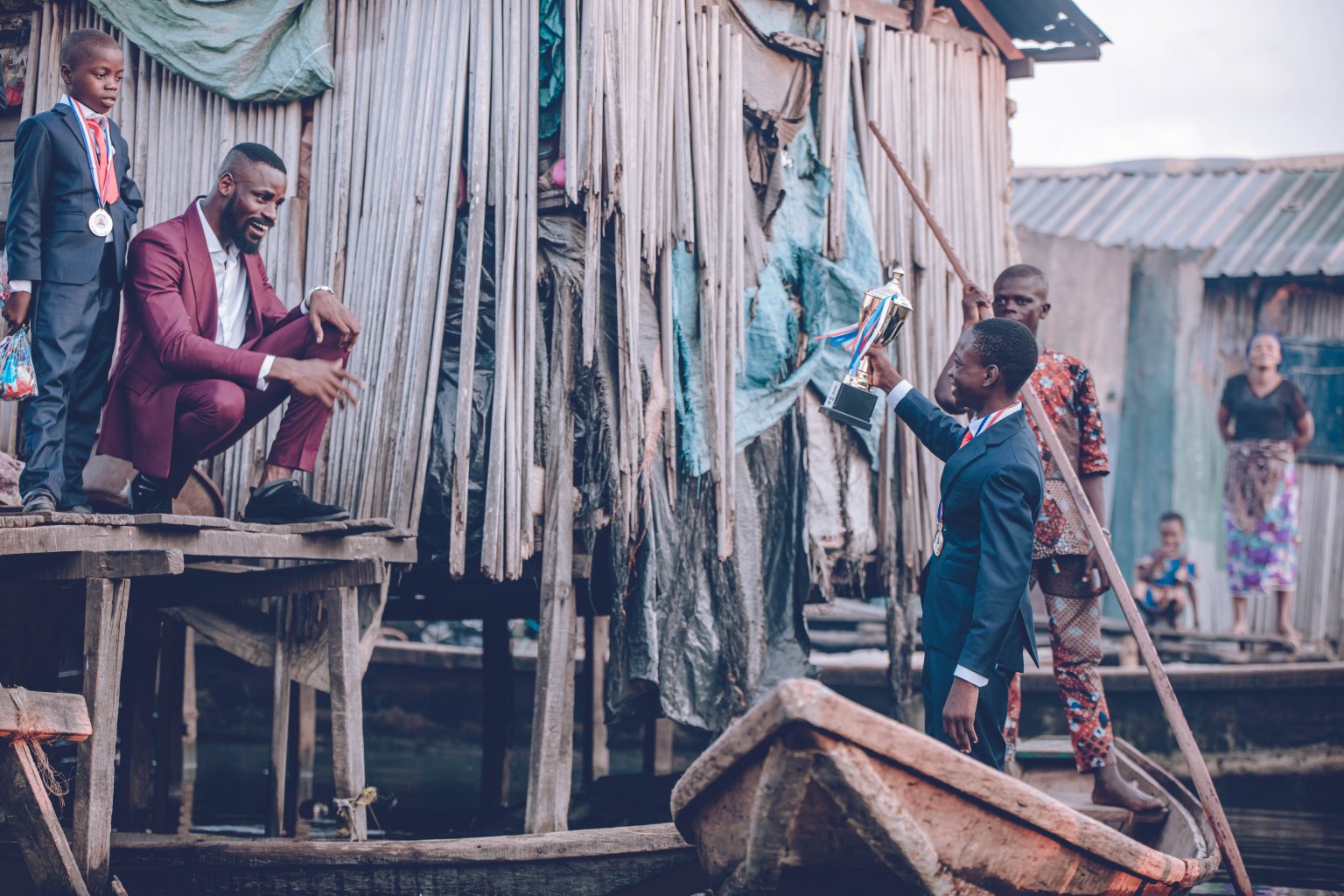 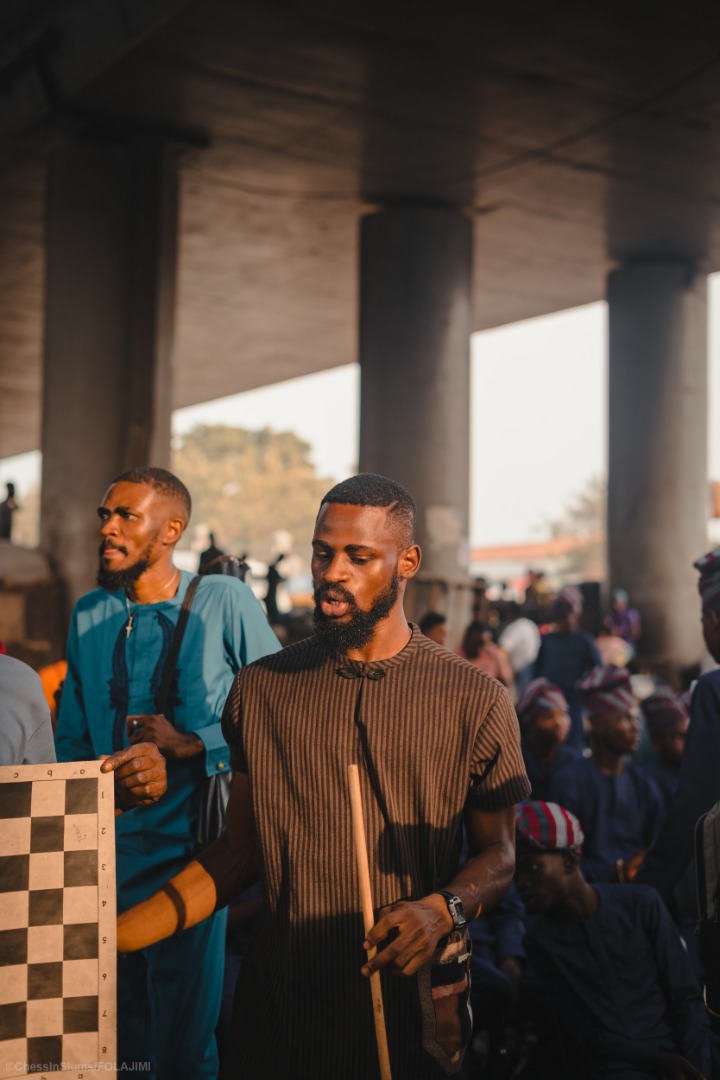 While Nigerians and people around the world are just getting to know Onakoya and Chess in Slums, the beneficiaries have changed their lives. It was a life-changing moment for the children (both boys and girls). Perhaps, for the first time in their lives, the idea is dismantled that taking up arms and living a hard life are the only chances of survival they have.

Now with two homes, one in Ikorodu (where the children adopted by Onakoya stay with a nanny and his brother) and another in Yaba, to be close to the Makoko project, he says with a dash of mischief, that for some like Fawaz, their lives have taken a different turn. “You know that when you have money, you know you have a sense of fashion (laughs).

“Seriously, I’ve found that he has a certain level of wisdom that most people his age don’t have. He doesn’t feel entitled and sees it as an opportunity to start life over. He is very passionate about chess and now has confidence, and that is one thing (trust) that everyone deserves.”

For someone who is uncomfortable with fame, he says even the nose masks don’t hide his identity. I tell him, ‘It’s part of the territory. I believe that most of the excitement of Nigerians comes from the fact that what you do drives a positive story. This is the light Nigerians want and they will embrace it.” Which we both seem to agree on.

With people and celebrities reaching out to lend their support, he says the experiences he’s had prepared him for this moment. “That university admission period, I didn’t understand why I didn’t go in despite the watershed. I didn’t understand why God didn’t reason with me at all [answering my prayers] with all the sacrifices my mother made, and my father (laughs). Now I know that all those things helped me build character.”

In 2021, in our interview with him titled “Launching Stars Through Chess,” Onakoya explained that Ubuntu (its own through others) runs its belief system.

“People always ask: what do you want to be when you grow up? We’ve completely forgotten that the idea of ​​success doesn’t have to be itself, right? It is understanding that your success is the success of others; it’s being a channel and prepaying it so that others can get the same opportunity through you as you do.

“A more pertinent question should be, ‘Who do you want to be when you grow up?’ “Do you want to be the kind of person who allows the legacy of kindness to create a path for other people who may never get the opportunities you were given?” This has always guided my decisions. I want to be remembered as the man who was able to show that you can do big things from a small place, to put the spotlight on the things that really matter.”

With a dream of hosting Africa’s biggest chess tournament later in the year, it’s clear that these rising kings of Chess in Slums are in a game and at the same time they are the game.