Making sure the game gets on the pitch is the number one concern for Super Rugby Pacific this year.

As with a number of sports, Super Rugby is now looking at the likely impact of Omicron Covid-19 as New Zealand has switched to red light.

Crusaders boss Colin Mansbridge says that while there will likely be limited access to games for fans, their biggest concern is that the games could still go on.

The Crusaders have moved a preseason game against the Hurricanes from Blenheim to Christchurch as it will be easier to manage under current Covid guidelines.

New Zealand Rugby and the franchises will have contingency plans and they will now begin to put those plans into action.

The competition starts in just over three weeks.

“I think the most important thing is how we are going to manage the availability of (players) in the league,” said Mansbridge.

“How do we prevent the virus from entering our environments and then ensure that we have as many fit and healthy athletes as possible to play games.”

Mansbridge says they have tried to get as much information as possible about how sports in other countries interact with Omicron.

“We’ve talked to clubs in the Northern Hemisphere, our colleagues in Australia and other codes about managing your environment to make sure you’re in the best position to compete as best you can when the time comes. 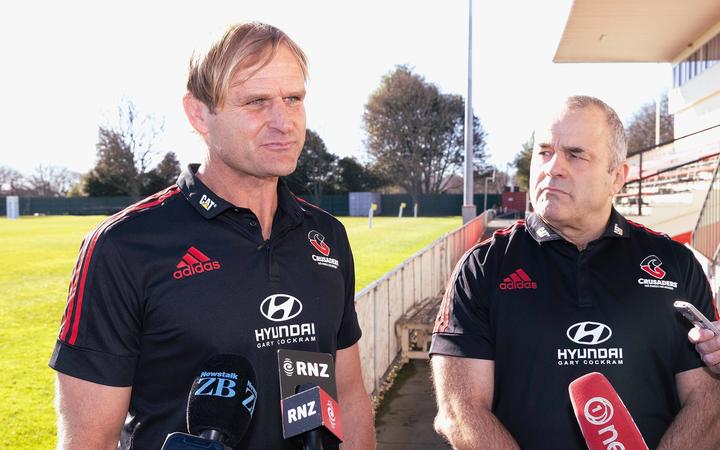 “There are certain positions in rugby where you need to have enough depth in your squad on match day, so that could be the biggest challenge for us.

“Financially, we all realize we’re going to be a little bruised this year,” said the Crusaders CEO.

The five New Zealand franchises and Moana Pasifika will only play against each other during the first part of the competition, with a trans-Tasman element not being introduced until round ten at the end of April.

Mansbridge hopes they won’t have to go into isolation bubbles before then.

“How many filters can you put in to prevent the virus from getting into an environment and then the impact of it spreading once it’s in, so a lot of filters will be put in place.

“The irony will be that the first person to test positive and it happens will please us because it will teach us how to deal with that situation.”

The first round of Super Rugby Pacific kicks off on Friday, February 18 with Moana Pasifika against the Blues, while the Chiefs play against the Highlanders and the Crusaders against the Hurricanes.