However, there remains a firm conviction that, when the new F1 cars are unleashed in battle for the first time in Bahrain, the new regulations will hit the target of allowing the racing to be better.

And, while it is inevitable that some details will have to be cleaned up over the long haul, there is a degree of confidence that F1 is not set for a repeat of the 2009 scenario – when new rules aimed at helping overtaking failed to hit the Mark.

The last time F1 rewrote the regulations in an effort to improve the racing and generate more overtaking was 2009.

Whilst much of the work that was done by the Overtaking Working Group (OWG) for those rules did help improve things, there were also some major unintended consequences that meant their efforts were quickly undone by the teams.

The 2009 season is one best remembered for the phoenix out of the flames story of Brawn GP, ​​of which one of those unintended consequences is intrinsically linked.

Along with Williams and Toyota, the rebranded team arrived at pre-season testing with a double decker diffuser.

Flirting with the wording and intent of the regulations, the rest of the grid were up in arms and demanded the design be banned. But, the FIA ​​gave it the go ahead and everyone else was forced to follow suit. 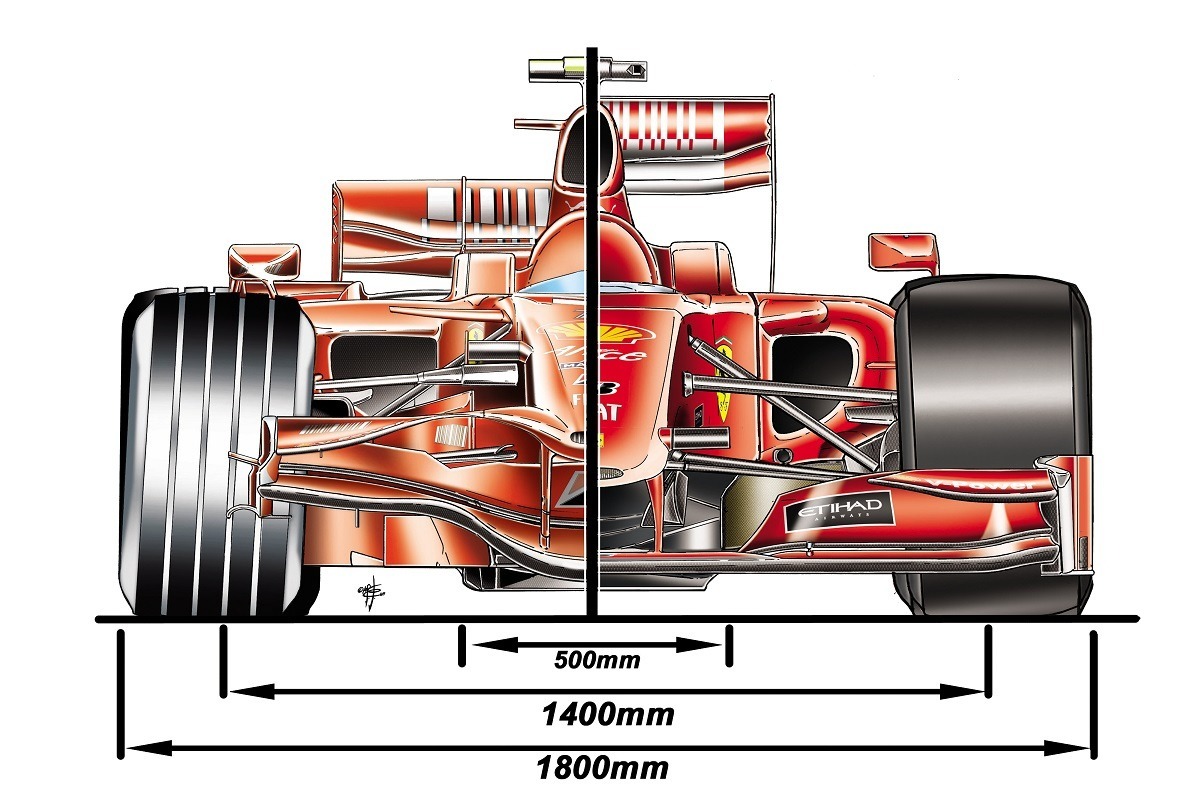 The premise of the 2009 regulations was to cut back on all of the ancillary aerodynamic devices that had grown up around the cars in the previous era.

They also sought to shift the focus of the front and rear wings, with a taller, narrower rear wing set to deal with wake in a slightly different way. It was hoped this would help cars follow each other better.

With the front wing, the FIA ​​not only made the wing wider in order that it interacted with the front wheel and its wake differently, but it added control over a neutral central section.

It was intended that this 500mm area would prevent teams from using the central portion of the front wing to create downforce as they had in the past.

However, this move indirectly created a breeding ground for what commonly became known as the Y250 vortex. This became an incredibly powerful tool that the teams leveraged to feed into flow structures downstream and improve the overall performance of the car.

It helped make cars even more sensitive to turbulence ahead, as any disturbance meant the Y250 flows were not working as well as they did in clear air.

The 2009 regulations also permitted teams to use a driver adjustable front wing device that teams had spent resources developing but quickly became redundant. It was replaced in 2011 with the rear wing DRS that is still employed today.

A large majority of teams hid the mechanism required to operate the front wing adjustability within their endplate, but this resulted in them being unable to have an increased level of complexity when it came to the endplate’s design. 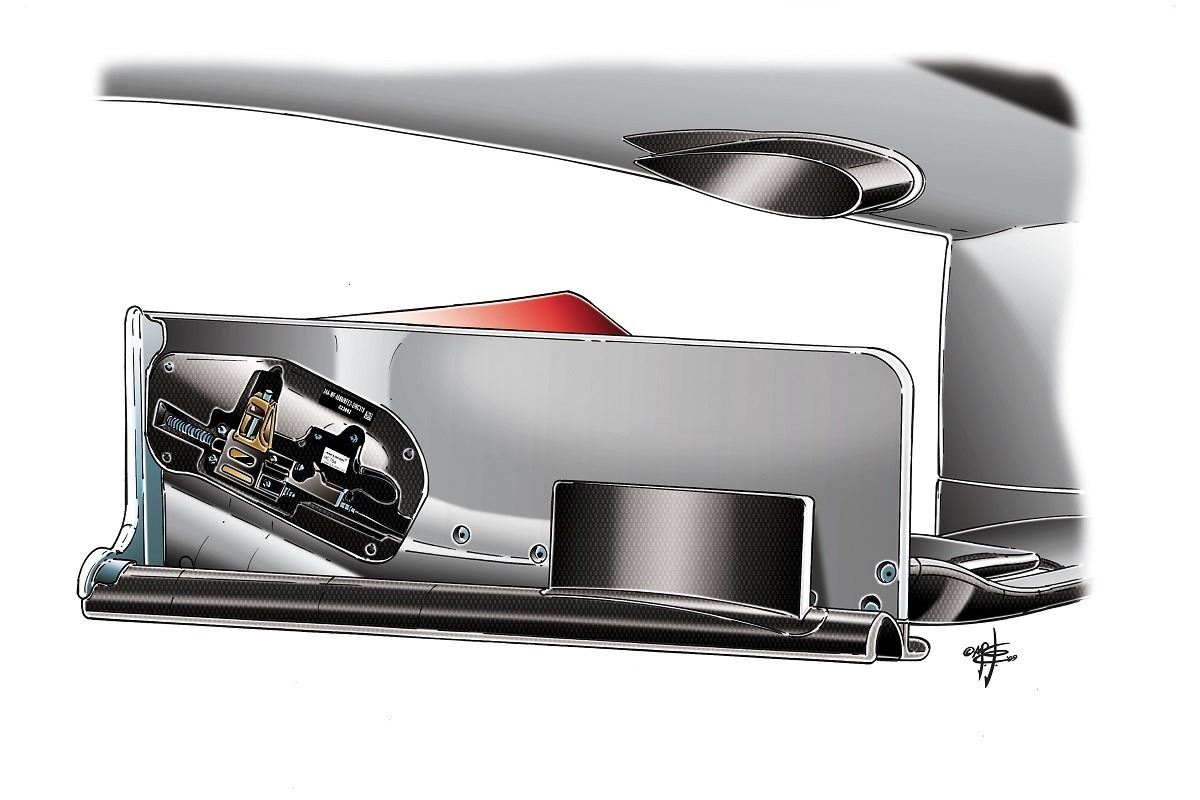 If we compare the McLaren MP4-24 (above) with the Brawn GP BGP001’s front wing (below), we can see the adjuster is housed on the inboard end of the flap, giving them more flexibility in terms of the design of their endplate and thus a greater opportunity to create outwash. 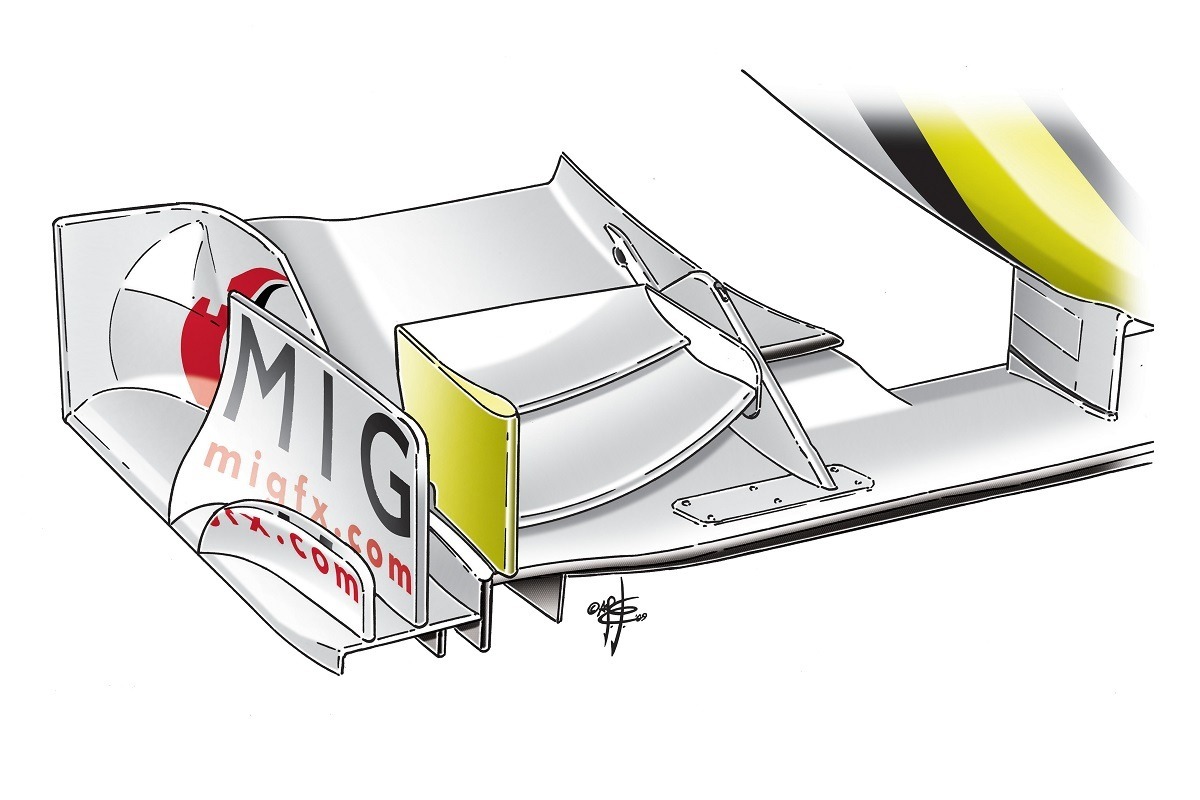 The OWG had also originally expressed an interest in removing the bargeboards from the car too, as it was obvious how much aerodynamic power they possessed. However, teams lobbied for them to stay and they got their way. 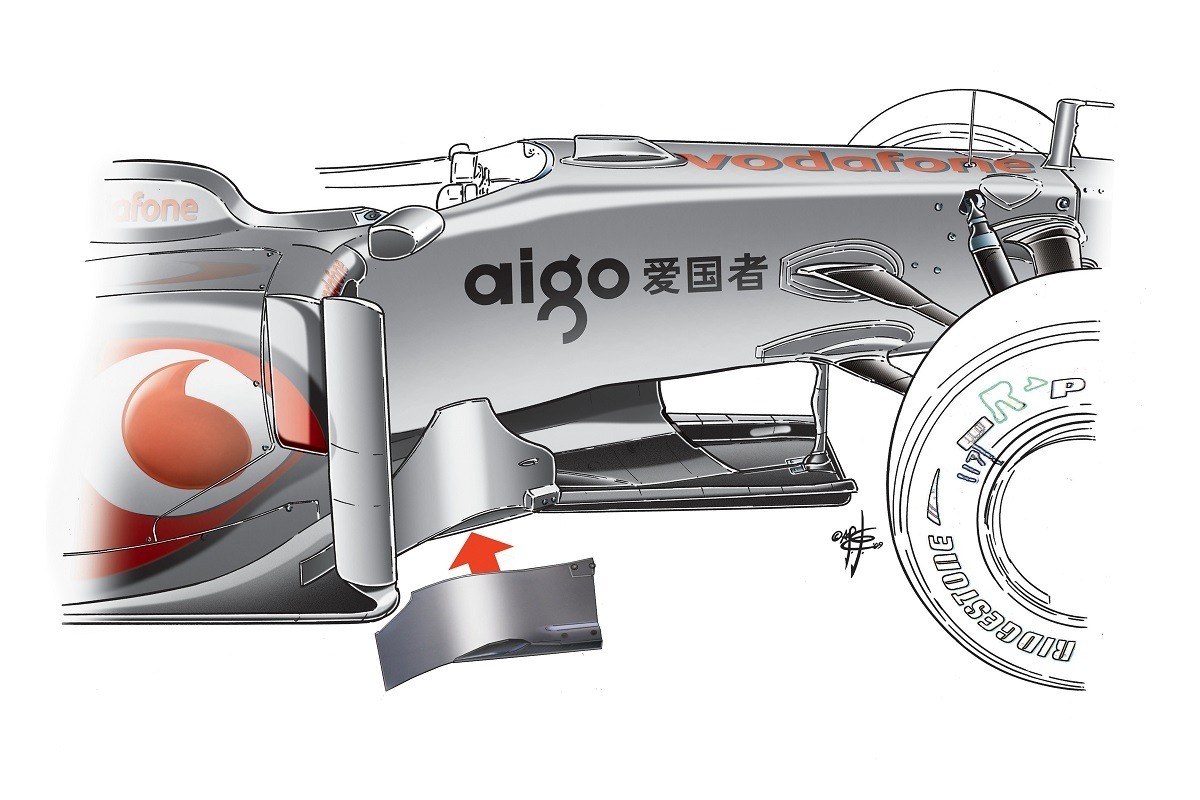 The work done on the 2022 regulations is underpinned by the fundamentals of those changes made in 2009.

But, whereas those regulations failed to be prescriptive enough and were in a similar format to the outgoing regulations, these new rules have been written from the ground up.

PLUS: Unpacking the technical changes behind F1 2022’s rules shakeup

This, along with a tighter grasp on certain design aspects that will now be the same across the board should increase their chance of success.

But the truth of how much teams have got around the original intention in the quest for performance will not be known for a little while yet.

Nikolas Tombazis, the FIA’s head of single-seater matters, is confident enough time and effort has been put into the framing of the rules to ensure that teams do not end up derailing the positive intention that prompted the overhaul. 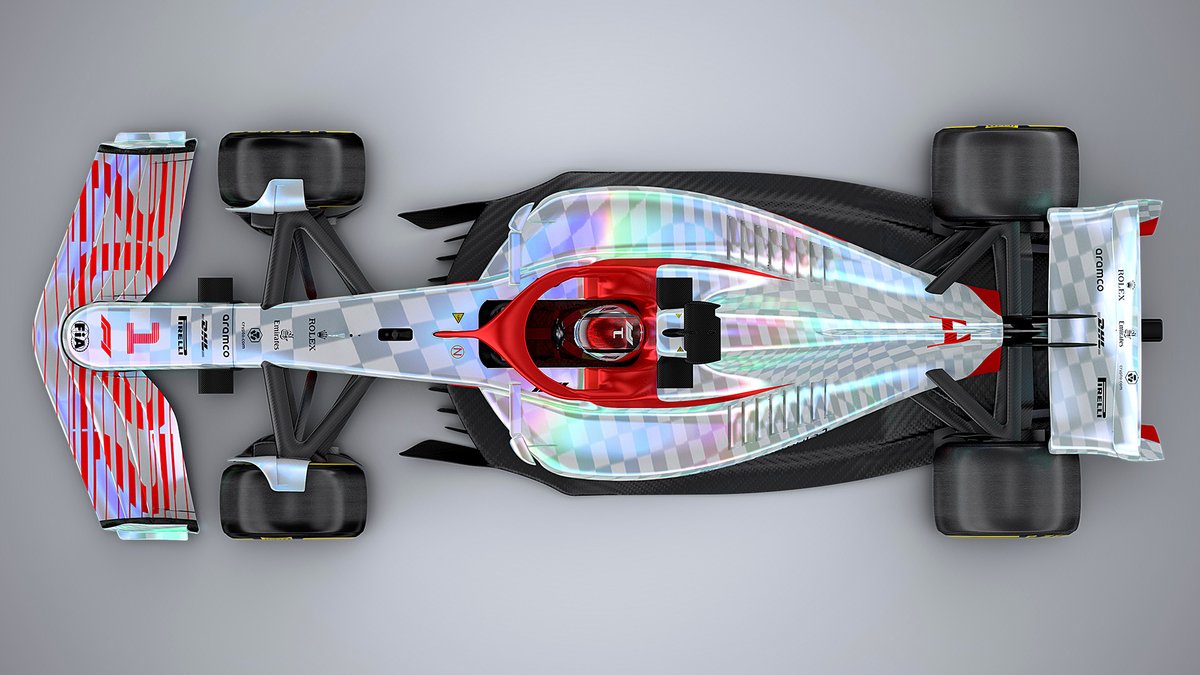 Asked about the prospects of a repeat of 2009, Tombazis has faith that things will be better this time.

“There are two or three things which, with hindsight, we would have done a bit differently but I won’t tell you [what they are],” he said about the current framework.

“But with the 2009 work, fundamentally, clearly much less detail went into it, but the key things learned during that work were correct. They did think about it quite well, in how to understand what the phenomenon [that prevented cars following each other] was, and what should be done.

“But, where it failed was afterwards, the rules were just full of so many freedoms that within a few weeks of windtunnel testing, and obviously I was sitting on the other side of the fence [working for a team], we had totally negated all the good things that had been thought of.

“We’ve tried to learn from that and to make rules that are inevitably more restrictive, but hopefully, where there’s not so much divergence.

“But I’m sure there will be areas where we conclude that we may have made a mistake or we may need to make some adjustment.” 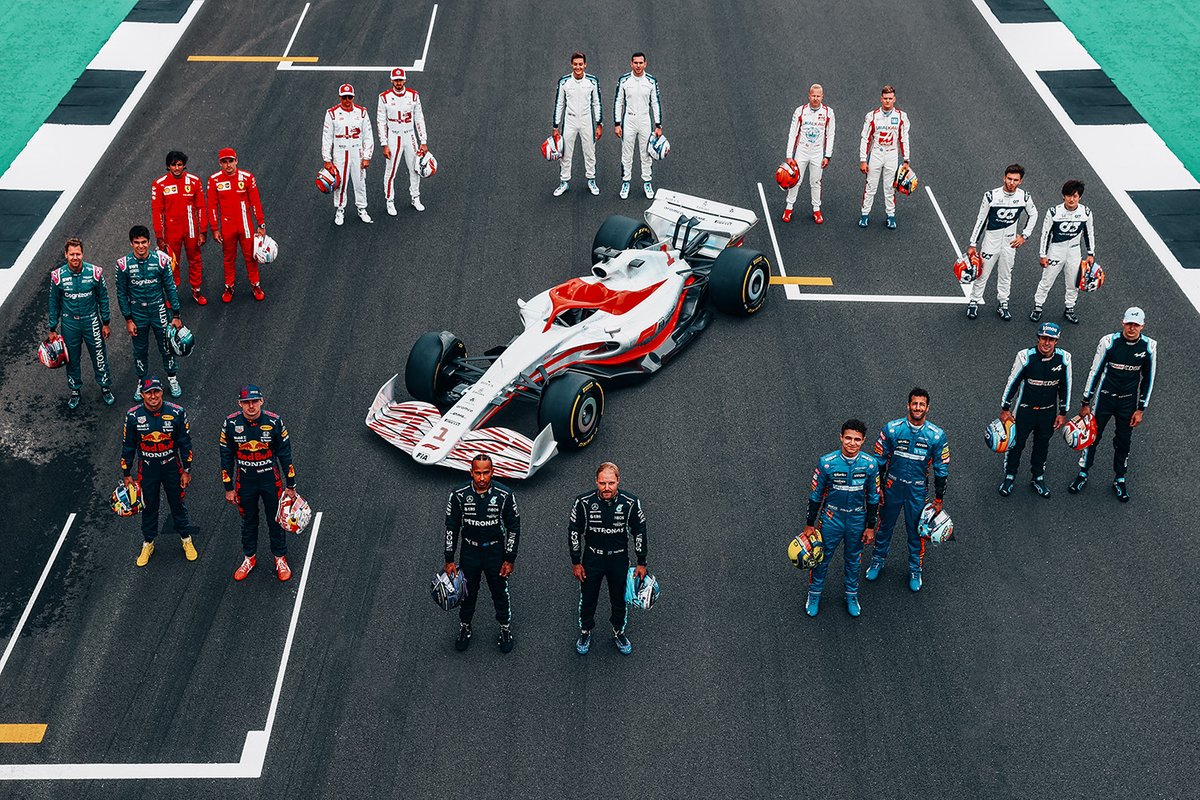