The co-founders of the Texas Chess Center are Jarred Tetzlaff, Chief Executive Officer, and David Gaston, President. Their philosophy is that “chess never sleeps.” Tetzlaff and Gaston added, “With many businesses shuttering, or cutting back their offerings, it’s important to keep a diversity of options available for young and old!”

Recognizing the safety issues for in-person chess, Tetzlaff and Gaston allow players to wave or fist-bump their opponents in lieu of handshakes. Any player who begins to feel ill or uncomfortable before a round may excuse themselves with a half-point bye. Additionally, the Texas Chess Center offers both in-person and online options for chess games and coaching.

Before Tetzlaff and Gaston cut their center’s ceremonial ribbon at 12:30 pm on January 22, they sanitized sets and boards. They provided chess clocks, pre-set to G/30 d/5 (game in 30 minutes, 5-second delay). The men’s and women’s streams were clean. A parents’ waiting room had refreshments and video feeds from the tournament rooms. They expected 40 players. 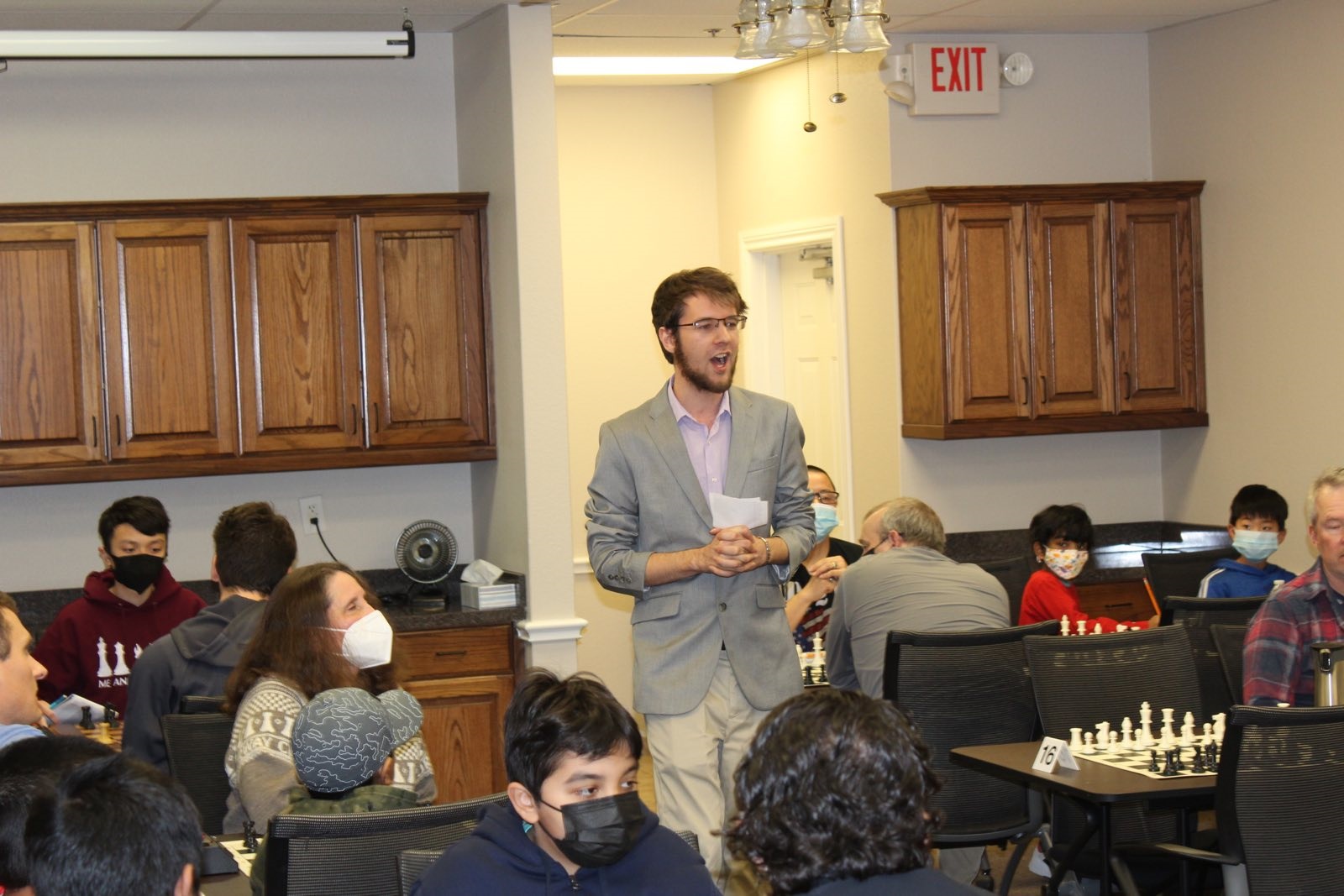 At The University of Texas at Dallas, Grabinsky is in his second semester of a master’s degree in Mechanical Engineering and is a member of the chess team. Grabinsky provided the notation for all four of his games. Three of Grabinsky’s wins were against players that finished tied for third through eighth place. Games from other players tied for third through eighth place (with 3–1) and a game from the second-place finisher (3½–½) are also at the end of this article. 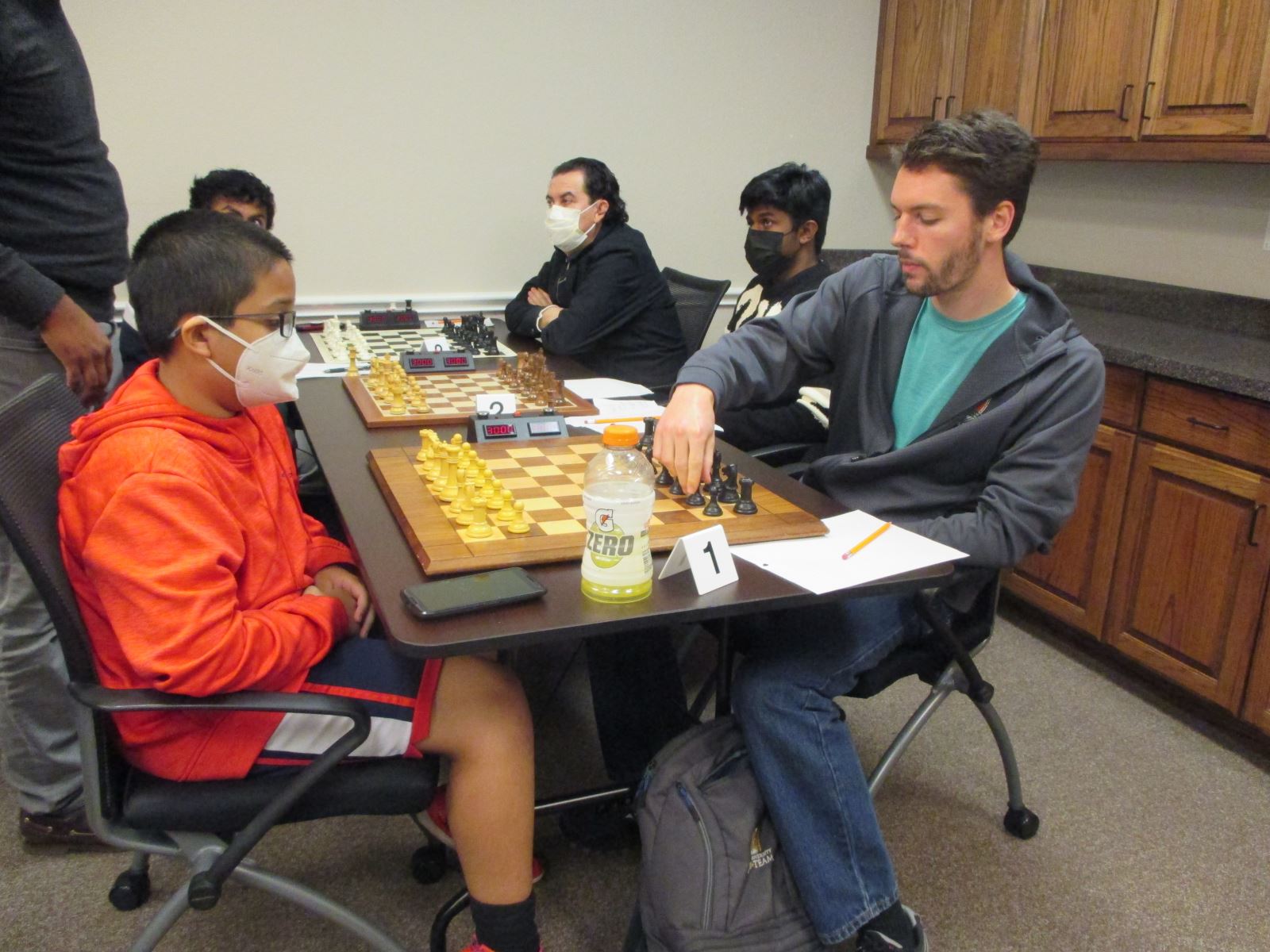 A University of North Texas (UNT) engineering major, Dhroov Pandey, won the Under-1600 section with two wins and two draws. Pandey is the UNT Chess Club President. “Under 1600” refers to players rated 1599 and lower by the United States Chess Federation.

The games are from the top eight finishers in the Open section.