China Media Group (CMG) on Thursday unveiled some of the highlights of the upcoming 2022 Spring Festival Gala at a press conference held in Beijing.

The Spring Festival Gala, known as “Chunwan” in Chinese, is an annual TV show broadcast on Lunar New Year’s Eve when Chinese people enjoy their reunion dinner with their families.

The 2022 Spring Festival Gala will feature a number of cutting-edge technologies as CMG has been striving to advance its innovative “5G+4K/8K+AI” media application.

The show will be broadcast live on CCTV-8K UHD channel that boasts the highest resolution currently available. Meanwhile, thousands of 8K screens are set up in the cities across the country that will simultaneously air the four-hour extravaganza.

Moreover, LED screens are being assembled to create a 720-degree dome space that connects the stage with the auditorium. The giant curved screen, covering 4,306 square meters, constitutes a highly extensible three-dimensional space. Also, the upgraded sound reinforcement system will provide the best sound effects by controlling the volume and audio delay in different spots.

Some 130 4K cameras have also been set up in the studio for processing the captured video content in real time. The gala will also make full use of extended reality (XR), augmented reality (AR), holographic scanning and 8K naked-eye 3D rendering technology to break through the limitations of time and space and create a virtual-real interactive experience. 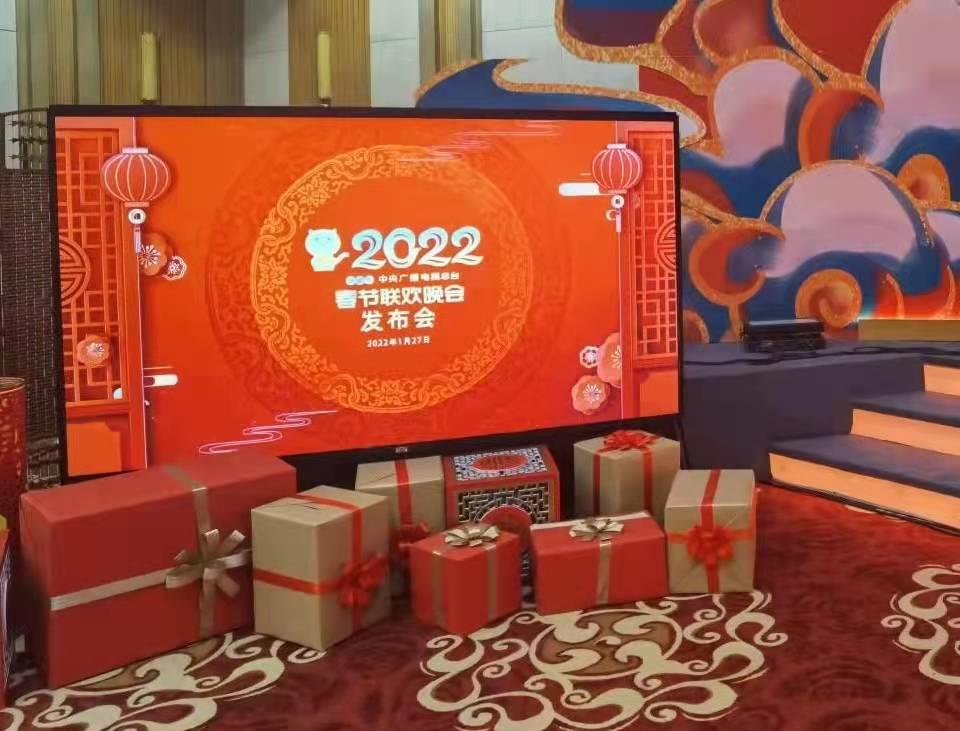 The show strives to deliver joy while creating a warm and festive atmosphere during the country’s biggest holiday, according to CMG. It will present an array of performances, including singing and dancing, magic shows, acrobatics, traditional comedy forms and other creative programs.

A number of renowned older artists will gather in the studio and join the younger generation, celebrating the occasion with viewers from China and around the world.

Some performances are inspired by traditional Chinese culture, while others feature creative elements from people’s daily lives that resonate with the audience on an emotional level.

Watching the gala via vertical screens

To offer the audience a new visual experience, CMG will launch “Watching the Spring Festival Gala on Vertical Screens” for the first time. Viewers are able to switch between the horizontal and vertical viewing modes through CMG’s multiple new media platforms, such as Yangshipin and CCTV News.

The gala will be broadcast on China’s multiple TV channels and radio stations together with new media platforms. Meanwhile, CGTN channels in English, Spanish, French, Arabic, Russian and foreign new media platforms in 44 languages ​​will connect with more than 600 media outlets in over 170 countries and regions around the world to live broadcast and report on the Spring Festival Gala.