Inside The Team Talk

YOU have probably seen the clip. Irish legend Paul O’Connell, in full swing, screaming “manic aggression” in the locker room, all fire, brimstone and curse. It’s an artifact from a time when one of the country’s great modern captains electrified his silk. And it’s one that the man himself has thought about for a while.

In his 2016 autobiography, The Battle, O’Connell wrote of his relationship with the much-fictionalized speech, “I know a lot of people got the impression of my character from what they saw of me in the 2007 Croke Park dressing room, just before we played France in the Six Nations – the clip from the documentary where I talked about “manic aggression”, about blaming someone for “the fear of God.” It was a good documentary and people loved it, but it annoyed me that I was never asked about using that clip because I hadn’t agreed to it.

“It’s just too intimate for people to watch over a cup of tea and a cookie. It shouldn’t be for that kind of consumption.

“That was me half an hour before a rugby match, almost ten years ago. It’s very different from how I was – and how we all were – in my later years with Ireland, but it’s probably what some people always thought I was.”

What O’Connell encounters here is not just the idea that characters change, but that there isn’t one universal “best” way to talk to your team before kickoff.

On amateur grounds around the game, we’ve heard F-bombs explode over our heads. We’ve been taught the importance of putting down a marker, getting that first hit, silencing the crowd, and/or getting that scoreboard ticking (if you have one). We’ve even heard a few rip-offs of sermons from famous movie scenes. But there are other times too, when team conversations take a completely different direction, when jokes break us up and tear the tension apart, or when the calm, detailed lines have the most impact on us. There is more than one way to skin a chat.

“It’s on a huge continuum and with every player and every team there is so much variety,” said sports psychologist David Galbraith, who has worked with the Chiefs and Highlanders in Super Rugby, the Japan National Team and the Sevens of New throughout the Olympics. -Zealand.

“However, there are also similarities. I’ve been very fortunate to have been involved in high-level rugby for a long time and it’s something I’ve had the opportunity to be a part of over time with some great coaches. That space just before kick-off is not an isolated, discrete moment, yet everyone handles it differently. In short, the process that takes place at kick-off is individual for each person, but the work that goes on underneath – all week to prepare for the test or for the final or for the match, whatever the moment – that is the little that matters.”

There are different layers, Galbraith adds, and energies can change. Take the example of a terrible week of preparation leading up to a game, but there can be an exciting moment (he cites the example of the death of a player’s mother) that unites a team. But most consistent parties have been through all of this before, together, and everyone is involved.

About the layers, Galbraith adds, “The more care the players have for each other — real care on the team — then those last three minutes are confused, that symbolism, a reflection of what’s there or what isn’t there. And so if you’re, let’s just call it a family, if you have that environment, that last hug is very powerful.

Related: The role of the team joker in rugby

‘If you then have clarity for a week about people’s responsibilities and all those things have been introduced, well, then you have another layer. So you work through the week, over the leaders, small groups, the units, you know, and then through the team, then people come in pretty confident and definitely in that last phase.

“Then when you have a great coach who is like a surrogate (parent), and you’ve built up some meaning all week, and that meaning is piped into those last few words, that adds another dimension to it all as well.” .”

According to Galbraith, you can build up these layers subconsciously and that can feel special. However, the last factor that can take things further, according to the psychologist, are leaders who understand all individuals in the group. They may know which players need an arm around them during the warm-up, who needs a boot in the back, who needs a joke to disarm them, and who just needs raw tactical information. 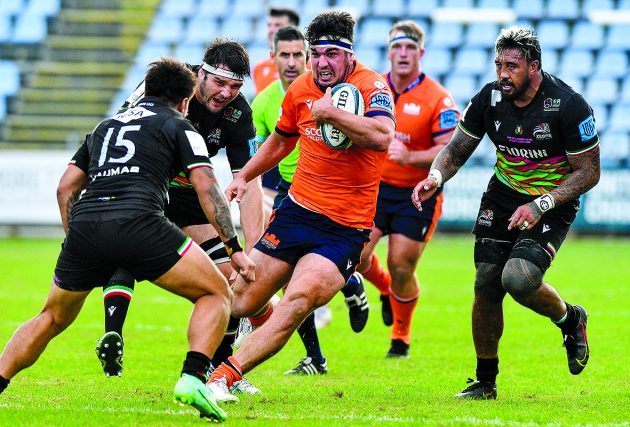 For Stuart McInally, who captains Edinburgh and has done so with Scotland, there is a lot of noise to cut through. as he tells Rugby World from the team talk: “I feel like it’s not my responsibility to turn anyone on. I feel like the days of the captain giving great motivational speeches before a match is over, especially in club rugby like I play with Edinburgh. It could get a bit repetitive and today’s players are, at least I feel that way, so motivated.

“I feel like my role is less to try to pep up players, but rather to provide a little bit of clarity and confidence. The way I like to say it is to remind the guys how we’re going to win “I want to remind guys about our game plan. How we want to start in the game. We might be playing against a team that brings a lot of line speed, for example, so I could say, “Let’s remember how we’re going to win the attack,” or “We must hold our depth because these guys come hard’.

“I find that helps guys feel comfortable when guys might be a little nervous or if they’re really focused on pumping themselves up. That clarity gives you something to focus on.”

McInally admits this also reflects his personality and he splits much of the conversation with Grant Gilchrist. What Galbraith says about little words with other players can happen, and the whore feels like he’s learned who should be “buttered” in the dressing room for the warm-up. But he also recognizes that captains new to the title may try far too much. He certainly did, he says. That could be trying to provide tactical clarity, and checking that others have done their homework, and talking during and after each session, trying to cheer everyone up, and dragging friends through the warm-up… And so on. . The best captains, McInally says, learn to share the burden. That’s why, he suggests, we’re seeing more and more co-captains these days. 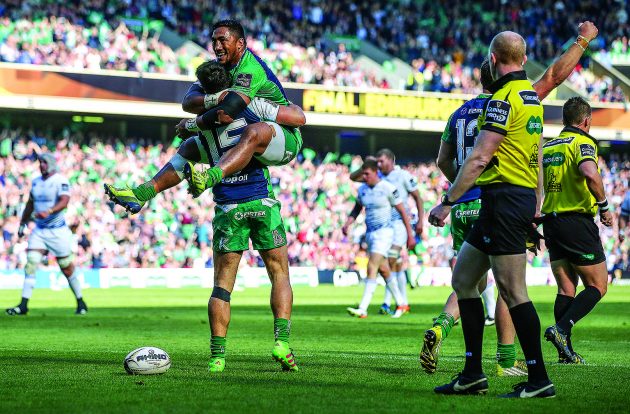 For some, however, the collective does the heavy lifting as one. According to Eoin McKeon, who was part of Connacht’s slick, title-winning side of 2016, three years of system work and behind-the-scenes tweaks led to a special day at Murrayfield, when they beat Leinster 20-10 to lift the Pro12. trophy.

And to play in that system designed by Pat Lam, each player had to know their individual role through and through. So performing well over the weekend meant perfecting the process. He remembers winning games and it felt like a loss because they were sloppy. As a unit, he says, it was about removing emotions.

“It was funny,” adds McKeon. “I remember that year we got on the bus to Murrayfield. There were thousands of fans singing along the stairs The fields of Athens. I was emotional, but it was more that I was buzzing. I wasn’t nervous. I didn’t feel anxious.

“I can’t remember in the circle if we even referred to the crowd, but (John Muldoon, the captain) said, ‘Look guys, this is what we’re playing for. We know we deserve to be here. We know we’re the best team…’ And then it was time to process. Let’s keep a cool head, do our job and it was like nothing really changed.”

For some, the process mainly has a limited shelf life. But do it right and you can build around it whatever you want. And if everyone participates, that’s definitely something to talk about.