Clogher Valley have enjoyed success at Kingspan Stadium in the recent past. From 2007 to 2014 they won the Ulster Towns Cup four times and lifted the provincial Junior Cup in 2013.

However, the Energia All-Ireland Junior Cup has so far eluded the County Tyrone side, the closest they came to bringing the trophy back to the Cran was an agonizing 10-9 defeat to Enniscorthy in the 2014 final.

Eight of that squad will be hoping to right the wrongs of that day at Coolmine when Clogher face Ulster rivals Ballyclare in the decider at Kingspan this Saturday (kick-off 5.30pm).

Tickets for the Energia All-Ireland Junior Cup final are available online from Ticketmaster, priced at £10 for adults and £5 for under-16s. Tickets will not be available at the gate, they must be pre-purchased online.

Clogher have won 18 of their 19 games in all competitions this season and head to Belfast on a 12-match winning streak, but head coach Stephen Bothwell knows form counts for nothing in a final – it is all on the day.

“When we get it right, we play well. We’re very lucky that the boys drive their own standards and just because we get a win, we are not always pleased – it’s about the performance and a good performance we take a lot of pleasure out of, the players and me as a coach ,” stated Bothwell.

It’s brilliant (to reach the final), we have been beaten in the final before in 2014 so it is nice to get another crack at it.

“There are eight from the previous final still in the squad and the rest are young boys, four or five are 19 or 20-years-old, so there is a good mix and a good buzz about the place.

“It should be a great occasion and there is a real determination in the boys and the club to bring the cup back to the Valley.”

He continued: “We have won the Towns Cup and the Ulster Junior Cup before but this one has gotten away from us, but it is a new bunch of boys and a new competition.

“Some of the boys were a bit disillusioned last year because they had a good side at Enniskillen Grammar. I coached them for four years up to Medallion Shield and they had a really good chance of doing well in the Schools Cup but then because of Covid it was all canceled last year.

“So I’m hoping this is some kind of reward getting to Kingspan and getting a performance against Ballyclare.”

Clogher’s route to the final saw them beat three-time champions Ashbourne 29-19 away, Dromore 23-6 at home, and then run out comprehensive 47-9 winners over Newcastle West in last month’s semi-final.

Captain Paul Armstrong scored 27 points against the Limerick club, including a hat-trick of tries, and the Valley squad are hungry to become the first Ulster winners of the prestigious national competition since City of Derry in 2010. 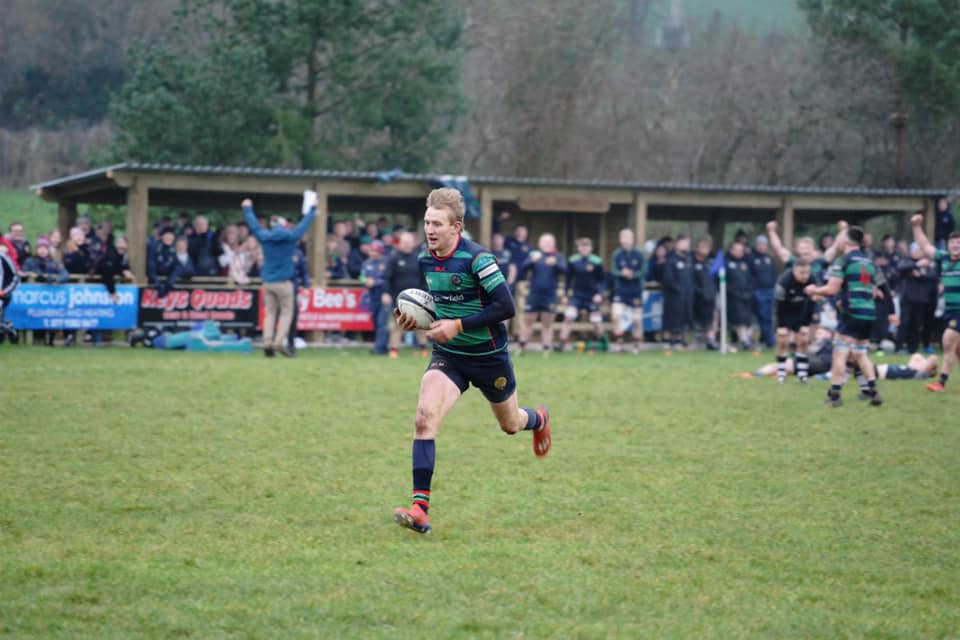 “It would be huge to be crowned champions,” Bothwell acknowledged. “There are only two other Ulster clubs that have won it. At the minute this is a really young squad of boys coming through.

“There is an ambition to become a senior club and I said at the start of the season if we have a real ambition of going senior we have to push hard at every competition.

“We have set our stall out high. It’s the players that drive it and I just coach to the best of my ability. The All-Ireland Junior Cup is another notch on the post to get to where we want to be and be as good as we can be, and hopefully fulfill every young lad’s ambition on the way.”

Clogher have beaten Ballyclare twice in the Ulster Rugby Championship this season, a 14-10 win in County Antrim on the opening day was followed by a 14-7 home victory last month.

“We have played Ballyclare twice and there has only been a few points in each game, both have been a one-score game which we were glad to come out on top of.

“We know Ballyclare will be very up for it. Their league campaign is probably gone at the minute, and they will be thinking this is the one they are getting the real shot at.

“We’ll be taking nothing for granted because they will be coming hammer and tongs for us.

“We are probably the two teams that play the most similar. We are not afraid to give it a crack and throw the ball about.”

Bothwell is hoping his charges rise to the challenge of playing at the home of Ulster Rugby.

“The young boys have great engines in them and with youth there is no fear. As a coach you’d be pulling your hair out at times thinking, ‘what are they trying that for in that area of ​​the pitch?’, but you can’t beat that youthful exuberance.

They just want to take things on, they just have it in their head that they can’t be beaten and it is great to watch.

“Sometimes it comes off and sometimes it doesn’t but you have to stick at it. We work really hard on our skills and it has paid dividends so far and we’ll not go too far from that on Saturday.

“As long as the boys have the trust in themselves and play with loads of courage, they won’t be to far away.”