Tickets for the Energia All-Ireland Junior Cup final are available online from Ticketmaster, priced at £10 for adults and £5 for under-16s. Tickets will not be available at the gate, they must be pre-purchased online.

Rugby is in McBride’s DNA as his father Dennis is the former Ulster and Ireland flanker, who won 32 caps for his country between 1988 and 1997.

He played at the Rugby World Cup Sevens in 1993 and the 15s World Cup two years later in South Africa, and has naturally had a huge influence on Joel’s rugby career.

“From before I could walk, I was chucking a ball about and dad will be there to support me. He has been at every game of mine since I was at P3, so it is definitely in the blood,” said Joel.

“He never forced me into the pack, he always said I had more skill in my pinky finger than he ever had but I wish I had some of his characteristics, definitely his work-rate and his strength.

“He coached Malone minis from when I was P3 right up to first year and he coached Jamie Creighton, our scrum half, so he has had an influence on a couple of players in this team.

I didn’t go to Ballyclare school so I’m kind of an outsider coming into the club. I just settled really well with the coaches and the players.

“I’m captain this year and it is an honor for me and I’m just really looking forward to the final now at Kingspan.”

Ballyclare had to dig deep to overcome Connemara 14-12 in last month’s semi-final, twice coming from behind with Mark Jackson crucially converting tries from Scott Martin, an intercept, and McBride.

“Connemara were a great side, the tempo they played at blew us away a wee bit at times but we showed a lot of grit and character,” admitted McBride.

“We hung around in the game and just got over the line so there are definitely a few learnings from it. It’s the first time the club has ever got to this final.

“The buzz around the club, around the town and even the players the last few weeks has been really exciting.”

Asked about how Ballyclare have approached the final, with important Ulster Rugby Championship games in between, he acknowledged: “It has been a ‘taking each week as it comes’ approach.

“I think if you started to look ahead to the final after we won the semi, those league games would have went down the drain pretty quickly.

“I would say last week was hard, it was in everybody’s mind that it was only a week away. Now that we are in the week of the final we can put all our attention to it which is really nice.” 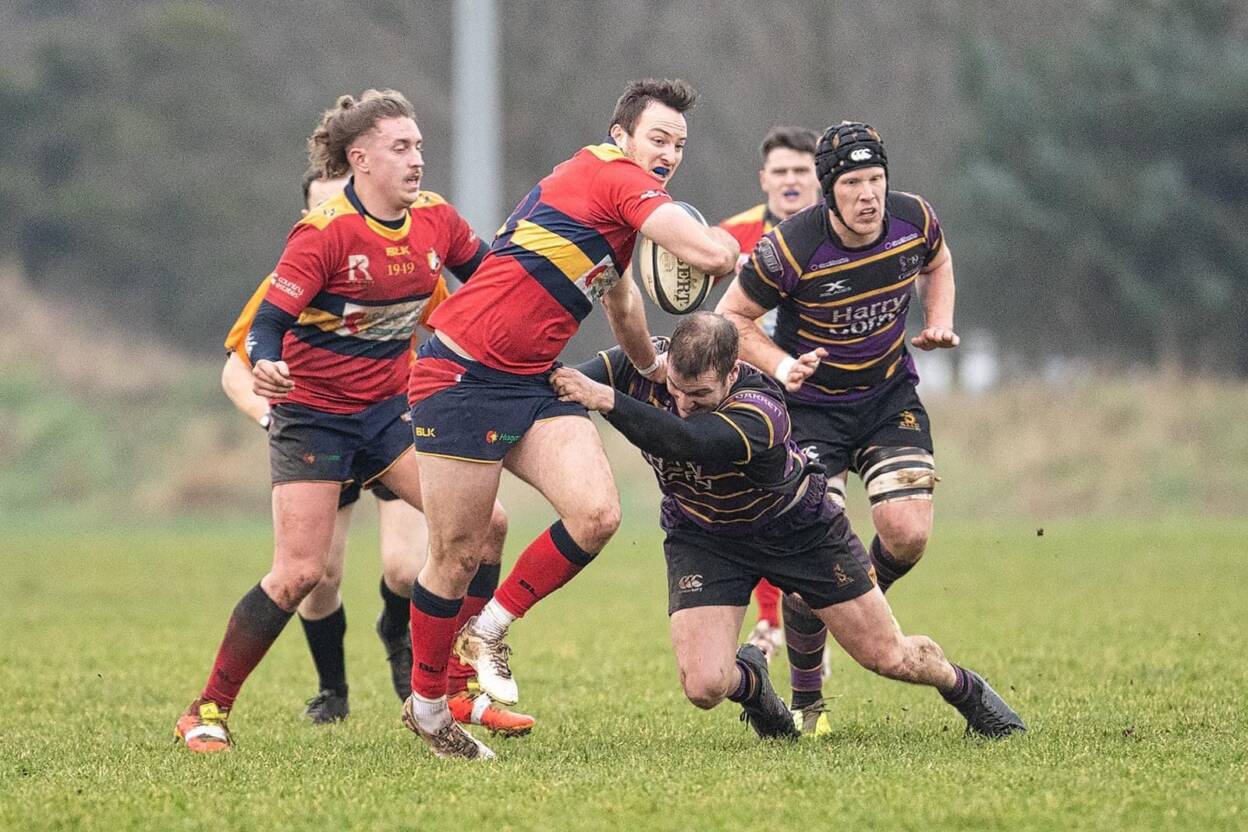 The Ballyclare captain continued: “We weren’t sure where it was going to be played, then we were told Kingspan and everybody was delighted.

“A few of the squad has played there before in a few Towns Cup finals so it will be nice to go back. For a lot of the guys it will be there first time playing at Kingspan, so they are looking forward to it.”

Ballyclare and Clogher have met twice in the league this season with the County Tyrone side winning on both occasions – 14-10 at Ballyclare back in August and 14-7 at home last month.

“We have been on the wrong side of two very narrow Clogher wins. I’ll not give away too much but we have had a lot of prep looking at Clogher and the team we have they haven’t faced yet.

“So we are confident going into it but we are definitely wary that they are a very strong side.”