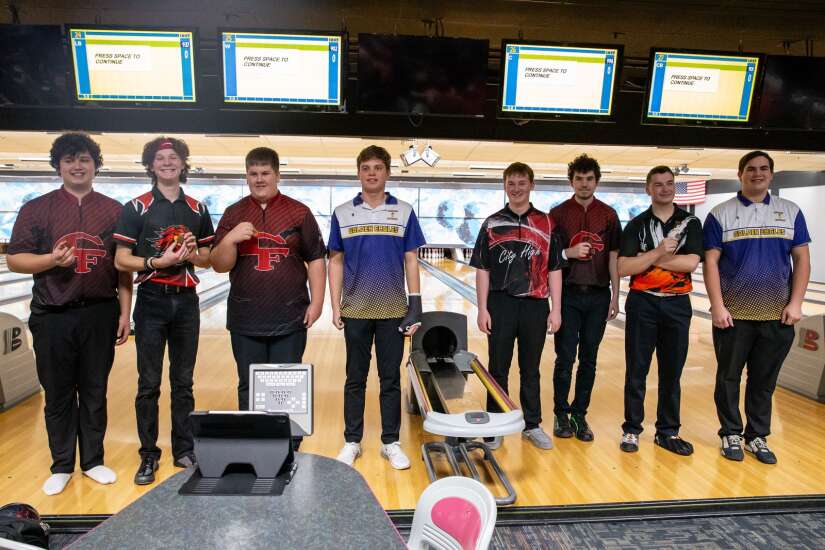 The Cedar Rapids Bowling Center hosted the Mississippi Division meet, with Dubuque Wahlert taking the team title on the boys’ side, led by top-scoring individual Will Kamentz (523).

Cedar Falls claimed the championship on the girls’ side, with Anna Frahm (434) finishing second individually for the Tigers behind conference champion Anissa Droessler of Prairie, who rolled a 442 series.

Teams will wrap up their regular seasons over the next two weeks, with state qualifying matches held on Feb. 15 deciding the field for the state meet at Cadillac Lanes in Waterloo on Feb. 21 (Class 1A), 22 (2A) and 23 (3A).