There are plenty of fun things to do in Calgary right now as we head toward the Family Day long weekend.

You can create an “enchanted teapot cocktail” at a boozy Alice in Wonderlandthemed event, check out 16 augmented reality art and music exhibits in the heart of the city, go skating on two new ice rinks at Southcentre Mall, and much more.

The weather forecast isn’t looking ash nice as it’s been for the past few weeks, but we’re still avoiding the polar vortex that can often hit YYC this time of year, so get out there and make the most of it!

Here are 17 of the best things to do in and around Calgary this week.

What: Support over 80 local and small shops at Little Modern Market’s winter edition this Saturday. The market creates a space for community, collaboration, and, of course, shopping incredible YYC businesses, and has partnered with Telus Spark (buy one get one free entry), District Fitness (one free month of online classes), and Envy Beauty Lab (Envy Beauty Passport filled with discounts) along with an in-market giveaway valued at over $2,000 to thank shoppers for coming by. The market will also have Calgary Heritage Roasting Co. onsite serving up fresh coffee, plus FREE balloon animals and glitter tattoos for the little ones.

Join the spirit of the Games with Eighty-Eight Brewing Co.’s Olympic Torch Run

What: The ’88 Sports Club is hosting an Olympic Torch run on February 19. Get your vintage running gear on and get ready for an afternoon of running, beer, and snacks. There will be distances and paces for all runners, and everyone is welcome.

What: This free “sound walk” with New Works Calgary will take you on a deep dive into Calgary Chinatown’s rich culture through your ears. Join classically-trained flutist Jiajia Li for a stroll through Chinatown and see beyond the iconic architecture of the Calgary Chinese Cultural Center, the delicious restaurants, and countless bubble tea shops.

Get topsy-turvy at The Alice: An Immersive Cocktail Experience

Courtesy of The Alice: An Immersive Cocktail Experience

What: If you’ve ever dreamed of drinking tea with Alice in Wonderland characters, munching on an “Eat Me” cake, and playing croquet with flamingos, here’s your chance. Create your own liquid concoctions under the watchful eye of the Mad Hatter at The Alice: Immersive Cocktail Experience. Dive through the looking glass and solve riddles and challenges just like Alice to unlock all the ingredients needed to create your enchanted teapot cocktails. 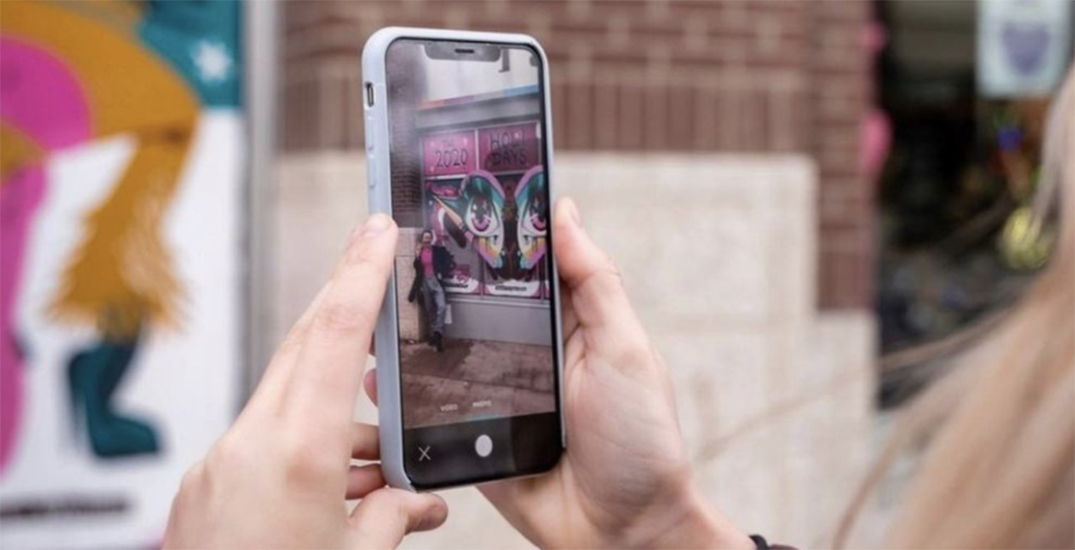 What: Northern Reflections† a mash-up of music, art, and technology, is returning to Calgary for its second year, and it’s expanding. Murals and music combine with an augmented reality app to create a one-of-a-kind art experience in Calgary, with a self-guided tour throughout businesses in Inglewood and East Village.

When: January 28 to February 27
Where: Select businesses in East Village and Inglewood, Calgary
Cost: Free 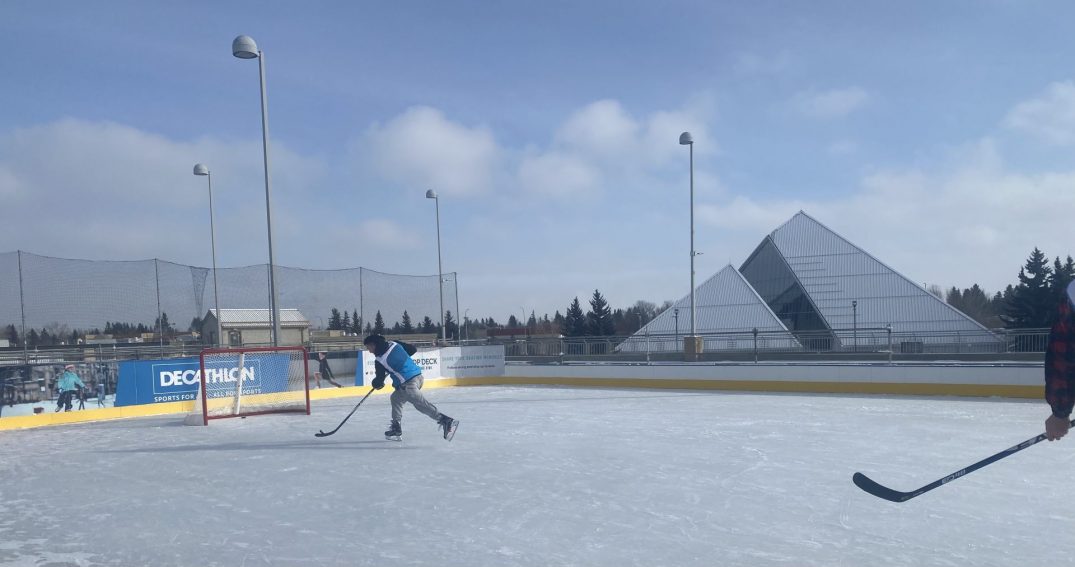 What: Now you can shop till you drop and go skating all in one visit to the mall, with the addition of new ice rinks at Southcentre in Calgary. Top Deck, a community initiative supporting Big Brothers Big Sisters of Calgary and Area, features two outdoor skating rinks located on the upper level of the parkade at the east end of Southcentre Mall.

The rinks are open for both public and private use, and Calgarians can enjoy leisure skating on one rink or play hockey on the second rink for some true Canadian fun. It’s important to note that all skaters are required to pre-book their visits online.

When: February 3 until the end of the winter season
time: Public skating Thursdays and Fridays from 3 to 7 pm and Saturdays and Sundays from 11 am to 7 pm. Private bookings are available Monday through Wednesday from 8 am to 8 pm
Where: Upper level of the parkade at the east end of Southcentre Mall, next to Decathlon (100 Anderson Road SE, Calgary)
Cost: Public skate for a minimum $2 donation to Big Brothers Big Sisters of Calgary and Area, or $100 for a private group booking 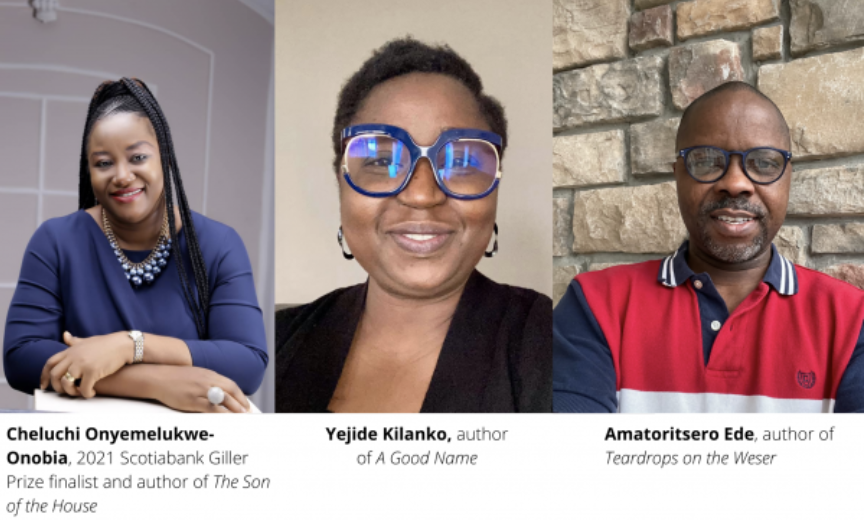 What: Celebrate and learn during Black History Month with five events through the University of Calgary’s Faculty of Arts. These free, online talks span anti-Black racism to Black excellence and offer an opportunity to hear from a number of thoughtful speakers.

When: Select dates from February 2 to March 3
time: Varies by event
Where: Online here
Cost: Free

What: Calgary Chinatown is running two weeks of programming for the Lunar New Year, with life-sized ice sculptures inspired by tigers and other majestic creatures at five locations throughout the community, discounts at select businesses, the chance to win prizes, and a lion dance on February 6. The lion dance will run from 11:30 am to 1 pm on Sunday, starting outside the Calgary Chinese Cultural Center and finishing at Dragon City Mall.

Warm-up your winter with Chinook Blast 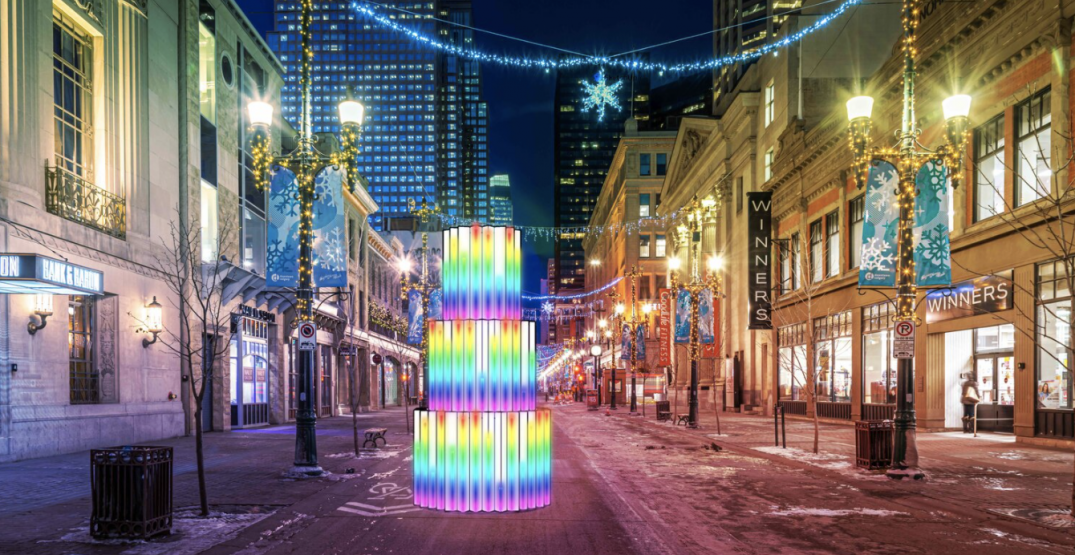 What: Chinook Blast returns for its second year, celebrating winter in the heart of the city with the best of Calgary’s art, music, theatre, sport, and recreation scene on display. Chinook Blast 2022’s anchoring events include the Block Heater music festival, Glow Festival, an awe-inspiring winter festival with lights and more, and the Ethnik Festival of Arts & Culture, in addition to free public programming at the Chinook Blast Hub, centrally located around Calgary Downtown’s Olympic Plaza. 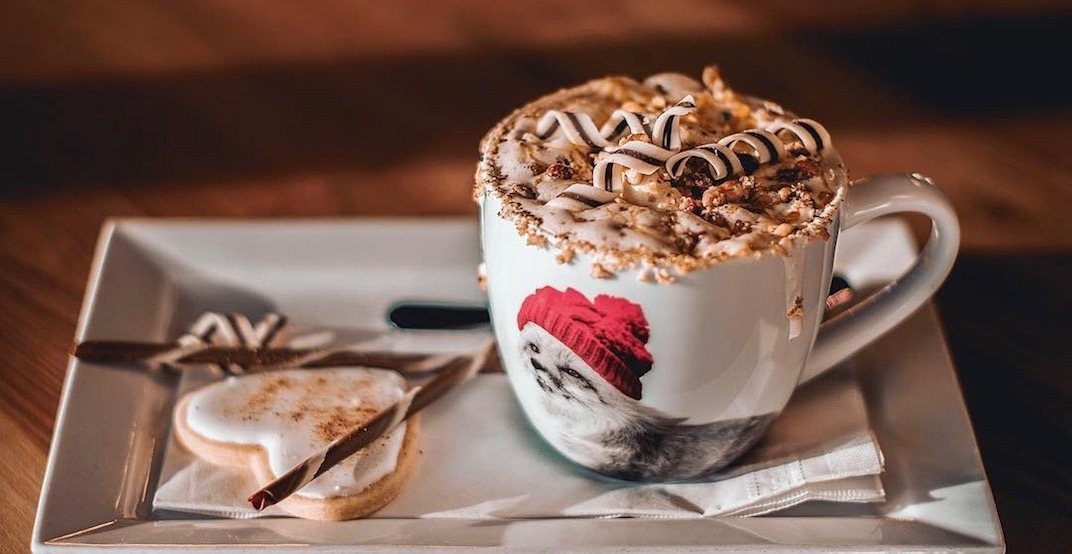 When: February 1 to 28
Where: Participating locations across Calgary
Cost: Varies by location

What: Calgary Public Library is running a number of free online events in recognition of Black History Month. Watch a screening of the John Ware Reclaimed documentary, learn about African history and Black settlers, and much more.

When: February 14 and 15
time: Varies by date
Where: Online
Cost: Free; register for sessions using your library card

Watch “Olympics in the Taproom” at Eighty-Eight Brewing

What: Throughout the Beijing Winter Olympics, Eighty-Eight Brewing has been going back to its ’88 Calgary Olympic roots. The taproom is decked out in ’88 Olympic memorabilia, and the brewery will be showing its favorite Olympic events live and on replay in the taproom. Plus, Eighty-Eight will be putting its award-winning ales on special every time Canada wins a medal!

Check out a live theater performance with Disney’s Descendants: The Musical

What: Based on the popular Disney Channel Original Movies, Disney’s Descendants: The Musical is a brand-new musical comedy featuring the beloved characters and hit songs from the films. StoryBook Theater will be presenting the show live on stage, with 50% capacity, as well as virtually on-demand.

When: February 17 to March 20
time: Tuesdays to Saturdays at 7 pm, and Saturdays and Sundays at 2 pm
Where: Beddington Theater Arts Center (375 Bermuda Drive NW, Calgary) and on-demand virtually
Cost: General admission is $27 for children, $32 for adults

Watch the adorable Penguin Walk at the Calgary Zoo 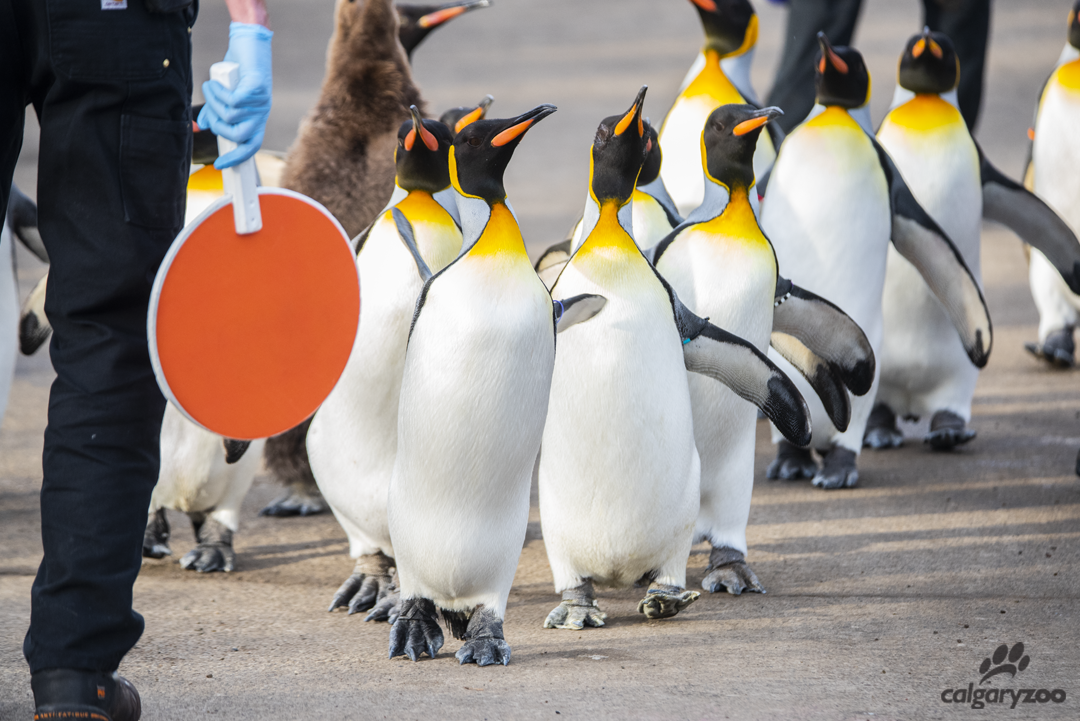 What: Head to the Calgary Zoo throughout the winter months and watch the king penguin colony as they waddle their way through the zoo, starting at 10 am daily (weather dependent). The Penguin Walk is an extremely rare chance to observe these adorable animals in a new way and for the penguins to exercise their brains and bodies during the winter months.

When: Beginning January 11 and through the winter months
time: Daily at 10:30 am (weather permitting – cancellation updates will be posted to the zoo’s website and social media channels)
Where: Walk begins at the Penguin Plunge habitat at the Wilder Institute/Calgary Zoo (210 St. George’s Drive NE, Calgary)
Cost: Included with general admission ($29.95 for adults and $19.95 for children age three to 15) 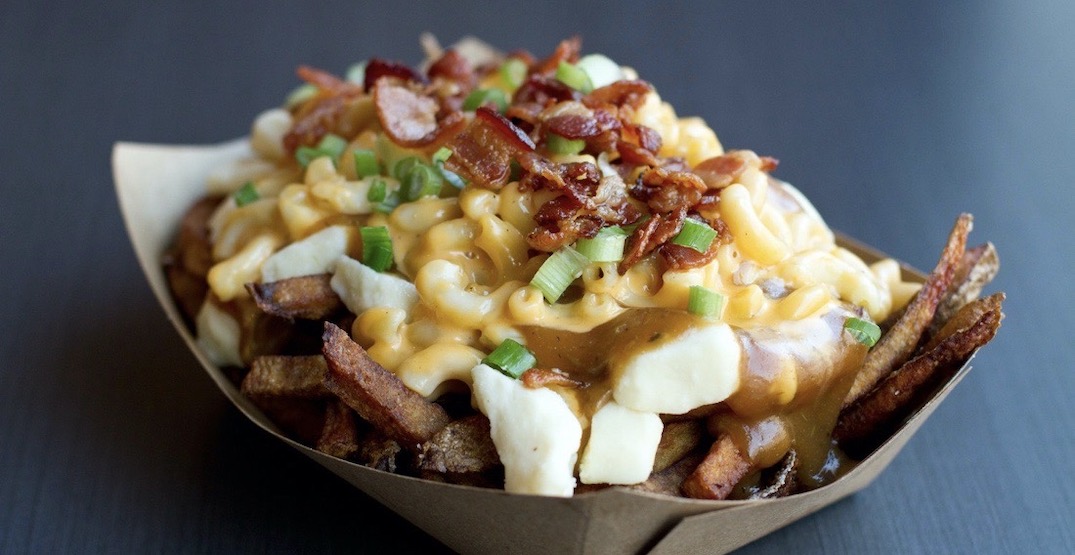 What: La Poutine Week – the annual celebration of all things fries, cheese, and gravy – will take place from February 1 to 14 this year. There are more than 30 delicious dishes featured at restaurants across Calgary during the foodie festival, with Spicy Beef Vindaloo Poutine, The Mac Daddy, and Collosal Chorizo ​​listed as just a few of the offerings. In 2022, money raised from the event will help support charities across Canada such as the ANEB, United Way, Moisson Quebec, and more.

When: February 1 to 14
Where: Various locations across Calgary
Cost: Varieties by restaurant

What: If you’re tired of swiping right, swiping left, going on first dates that never lead to a second, getting ghosted, and spending countless hours online trying to find that special someone, then Calgary’s biggest singles event is for you. the get off the Apps And Onto the Ave campaign starts on January 7 and runs until February 28, with a huge calendar of events designed to help singles meet other singles, all hosted in various venues along the 17th Ave Retail & Entertainment District. 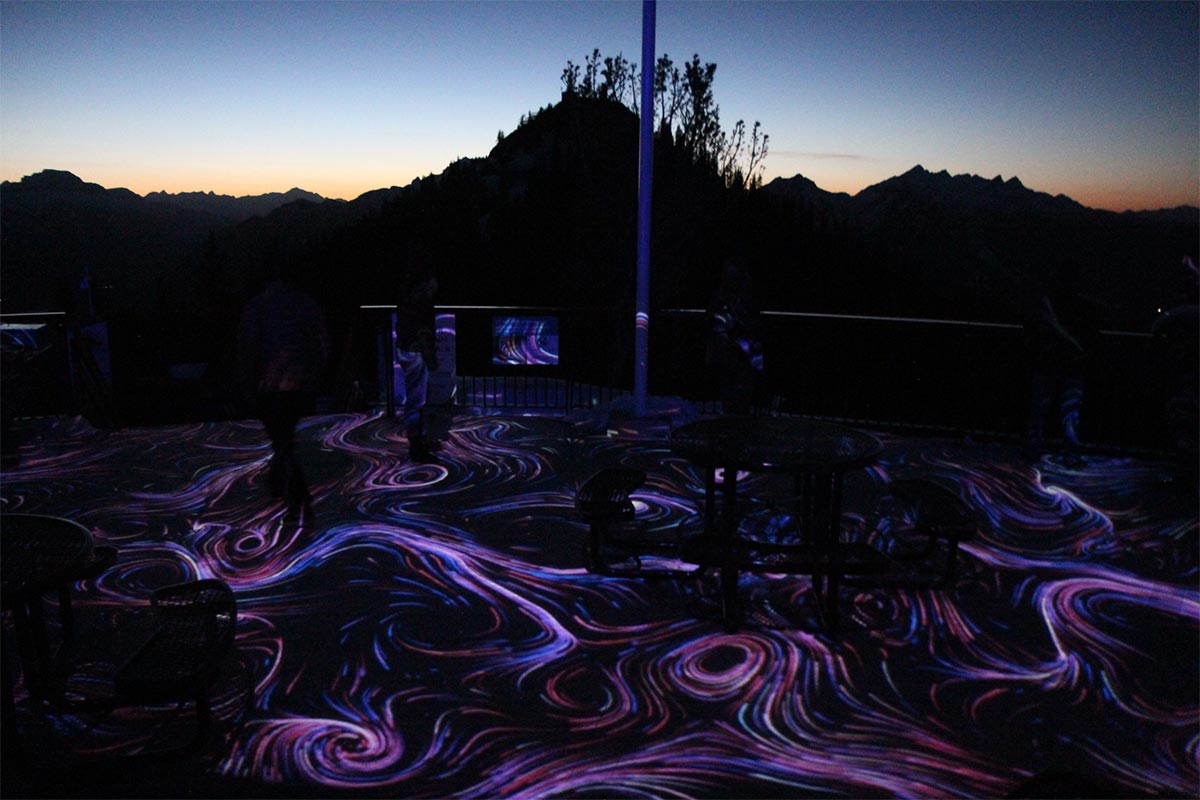 What: Pursuit’s latest experience, nightrise, combines multimedia, storytelling, and nature at the Banff Gondola for a multi-sensory journey like no other. The event will bring light and sound together to share a new and inspiring perspective in the heart of the Rockies. At Sulfur Mountain’s peak, guests can explore the many levels of the summit building and enjoy Rockies-inspired eats and drinks. Outside on the viewing decks, discover wonders that only emerge as the night begins to rise.