IRELAND HAS always had a long and decorated history in combat sports.

The stereotype of the ‘fighting Irish’ is one that held in the highest regard when it comes to our boxers and more recently MMA stars.

The likes of Katie Taylor, Conor McGregor, Micheal Conlan, and Gary “Spike” O’Sullivan have all added to Ireland’s proud history with the sport.

Harrington’s win was the feel-good story of summer 2021 in Ireland, but there was another story from Harrington’s close friend and fellow Irish Olympian Emmet Brennan that also warmed the hearts of the Irish public.

Brennan represented Ireland in the light heavyweight category in Tokyo but came up short against the Uzbekistan fighter Dilshodbek Ruzmetov, losing 5-0 in the round of 32.

Many might have moved on quickly from that result, despite Brennan’s monumental achievement of reaching an Olympic Games.

But it was the North Strand native’s emotional interview with RTE after his defeat that had the likes of former Ireland rugby player Shane Horgan, Dublin footballer Philly McMahon, and musician Gemma Dunleavy all hailing Brennan as a national hero despite the result.

At the time Brennan said: “Without my family, I wouldn’t be here. “I know I didn’t let them down, but you want to win here.

“I’ve Credit Union loans out, I’ve worked part-time and trained full-time, but my family is the big support.”

The Irish Post spoke to the 30-year-old this week – six months on from his exploits in Tokyo.

The boxer talked about life growing up, his friendship with Kellie Harrington and the ins and outs of his Olympic journey.

Emmet grew up in an inner city neighborhood in the Northside area of ​​Dublin called North Strand. He was one of four children, in a working class family.

Brennan admits he was a sport fanatic, who took up everything to keep his mind occupied, but ultimately fell in love with boxing at the age of ten.

He was a shy kid with a lack of confidence that found solace and clarity in boxing at St. Saviors Olympic Boxing Academy in Dublin, which has produced some of Ireland’s best fighters – including Darren Sutherland.

Brennan’s understanding of hard work was instilled into him by his working class parents, but was enhanced every day by the work ethos of the stars in the boxing gym.

“I was a shy and timid kid and I think boxing just instilled confidence in me,” he admits.

“I’d go down to the club for 90 minutes, two hours, three or four nights a week, I could just express who I was as a person and that feeling just got me hooked”.

He added: “I never won an Irish title at underage in boxing, so that would be the equivalent of never playing in the first division in soccer, going to England and making it.”

Brennan fought WBO middleweight title challenger Jason Quigley at the young age of 11 and said that he has maintained their friendship to this day.

“I remember he battered me in the Irish final,” he laughs.

“I can remember being distracted after it. I was properly hurt by a boxing match.

“I have kept in touch with him today. He’s a wonderful person and a terrific athlete.”

The Dubliner would have to wait to win his first Irish title at 20 years of age.

His determination to succeed came up trumps again not long after as another Irish title followed a year later.

“I was always second best in the country, never the best, but I think that instilled something in me, a motivation and a determination to get better,” he admits.

“I’d lose on Sunday and be back in the club on Monday.”

The boxer stepped away from boxing soon after and started to socialize more with friends, “being a lad” as he calls it.

He started to notice how unhappy he was and highlighted his lack of vision and purpose. He’d enter the gym on and off, but never really recommitted until the age of 25, four years after his last Irish title. His passion was reignited when he saw glimpses into a future of what to come.

“I know so many boxers that have so many regrets with quitting sport too early and there sitting in the pub now saying ‘that could have been me, I could of made it’.

“I thought do you know what f**k this I’m going to give it everything I have to be an Olympian, I became obsessed with being an Olympian,” he explains.

The Dubliner took a gamble by quitting his job and turned to the Credit Union for financial support to help him achieve his dream of representing Ireland at the Olympics.

He recalls that he wasn’t sure asking for a loan to qualify for the Olympics would be the best idea, so he instead told the organization he needed the money to send his mother to New York for her 60th birthday.

“It was funny when I went for the Credit Union loan, because I couldn’t actually tell them, ‘Yeah, I’m taking the loan out to go to the Olympics’, because they would have just said no,” he explained .

“I had to tell them I was sending my mother to New York on her 60th birthday. “I applied for the loan on Wednesday and was in my bank by Thursday.”

The Dubliners hard work and street smarts eventually got him to Tokyo but he did come up short in the games.

But he achieved so much and captured Irish hearts and minds, and when he arrived back in Dublin it was on a rooftop bus with close friend Kellie Harrington, who had won a gold medal. 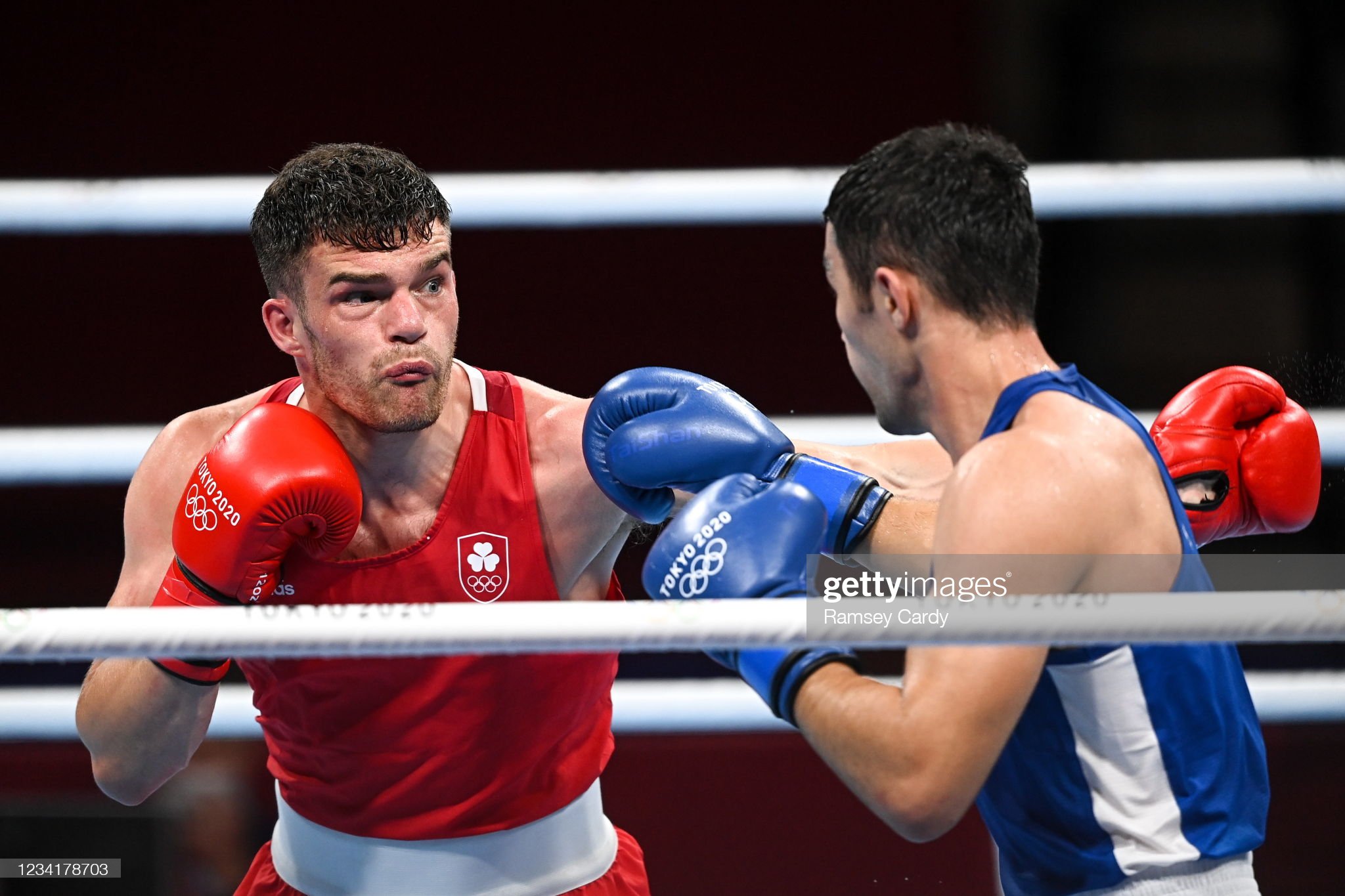 He spoke extremely highly of Harrington, a Portland Row native, and how she had made Irish sporting history.

“What I take away from her is, obviously everyone sees her winning the gold, but no one sees the training she’s done,” he says.

“Genuinely, she is probably the hardest trainer I have ever trained with.

“She has the hard work and drive to go with it.”

Brennan knew the applause aimed at their homecoming bus was largely due to Harrington’s ground-breaking achievement but was so appreciative of the Irish support that came his way.

“To be honest it wasn’t for me, it was for Kellie, but Kellie dragged me along the bus with her, I’m happy she did,” he says.

“It was good because it was in our area, we knew most of the people in our area.

“Without Covid it would have probably been in O’Connell street, so to see young girls and boys looking up to two people I think could be inspiring for the next generation.”

What’s next for him and turning professional

Six months after the jubilant scenes in Dublin Emmet has turned his sights fully on turning professional and wants to follow in the footsteps of John Francis Duddy, the former Irish professional boxer who fought from 2003 to 2010 in New York.

Duddy is ironically now Brennan’s coach and was the last Irish man to bring huge Irish-American crowds to his fights in New York.

The Dubliner wants to become Duddy 2.0 and make his fights a festival, where networking and Irish people come together in celebration.

“He had three, four, five thousand Irish fans coming to his fights from New York, I’m trying to re-enact that,” he says.

“I’m very very passionate about getting this over the line.”

A shoulder injury after Tokyo stopped any ambition of going professional any earlier, but now the 30-year-old is hell-bent on getting into the professional side of boxing and believes that his style of fighting would suit that game.

“I had a shoulder injury, so I only had shoulder surgery there five or six weeks ago, so I couldn’t make a decision until I got the shoulder sorted.

“I’m probably going to move to New York and go professional there,” he admits.

“I’m going to relocate. I’m hoping, I know it will happen, the Irish-Americans will get behind me.” 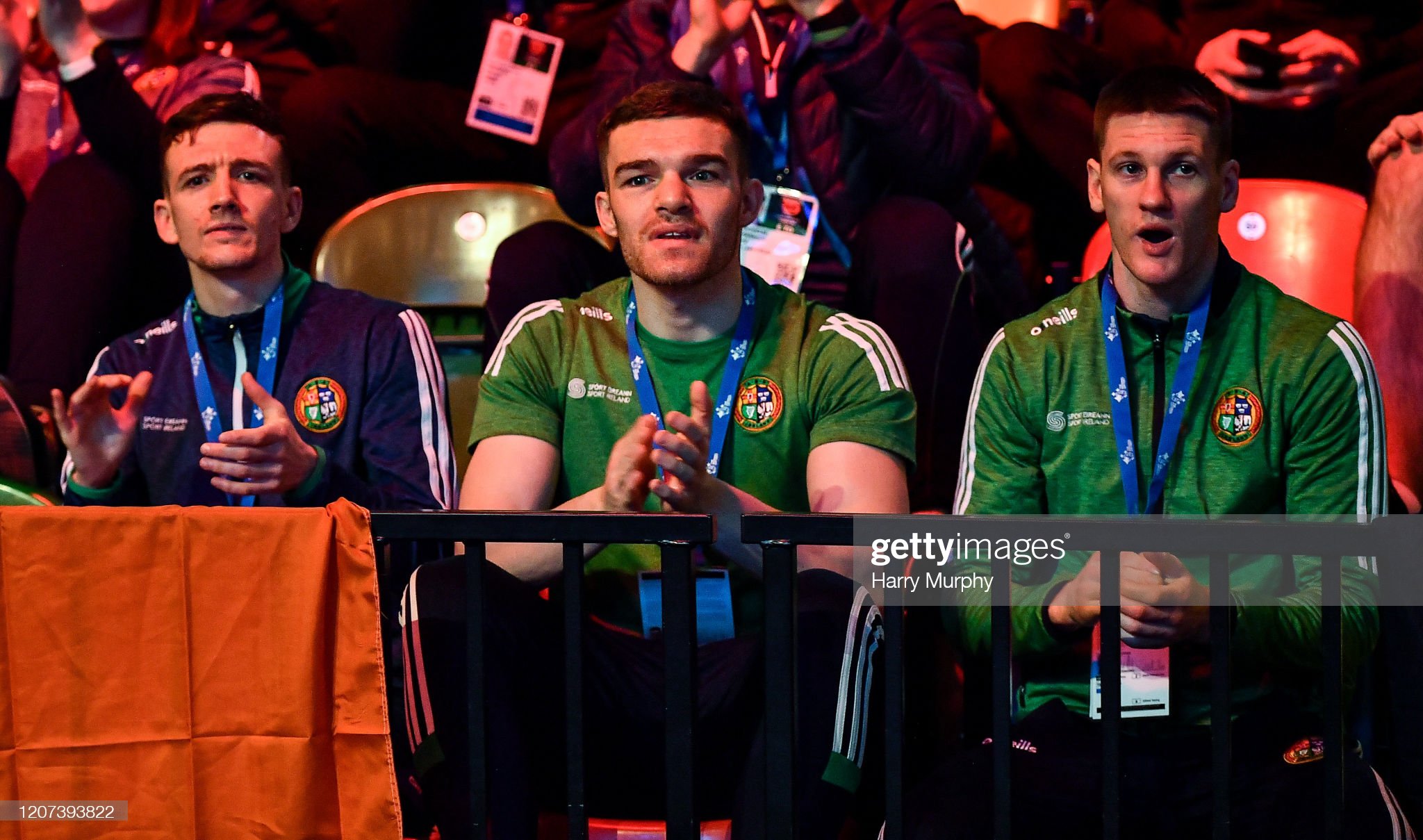 Brennan claims he doesn’t have to change much, as his style suits the pro game, but is still open minded to learn.

“My style suits pro,” he explains.

“I’m a forward coming fighter. I’m here to excite, I’m here to get people off their seat.

“I’m the perfect person to put on a show. I don’t have to change much, but I know that there are things that I have to add to my armour.”

The goal for Brennan is to appear as a super middleweight on Katie Taylor and Amanda Serrano’s fight card at the famous Madison Square Garden venue, which is due to take place on April 30.

He’s got massive support on social media and has even got the Hollywood actor Barry Keoghan tweeting his support for the boxer, even mentioning that he’d walk him out for Katie Taylor’s fight.

He is extremely motivated and ready for any upcoming challenge that comes his way.

“I’m literally open to anything,” he says.

“The first year I want good fights, but you’re still adapting, you’re going the longer rounds, which I’m suited to.

“After a year, we are taking off the stabilisers and going for the big lads and I don’t care who it is, like I’m going to reach the top.

If his drive and determination to achieve what he’s already done is anything to go by, who is to say that he couldn’t do it.

The Olympics seemed like an impossible dream, but he made it and when it comes to Emmett Brennan you can never say never.