The FIDE delegation, headed by President Arkady Dvorkovich, including managing director Dana Reizniece-Ozola and executive director Victor Bologan, traveled to Cuba, Panama, Ecuador, and Mexico to strengthen ties between FIDE and sports institutions in the region and promote chess in Latin America .

The first stop on the tour was Cuba. In Havana, FIDE representatives with the President of the Cuban National Institute of Sports, Physical Education and Recreation (INDER) Osvaldo Vento Montillerthe Cuban Olympic Committee President Roberto Leon Richards Aguiarand the President of the Cuban Chess Federation Carlos Rivero† Among the issues discussed was the inclusion of chess in the regional games and the long-established tradition of Cuban chess. 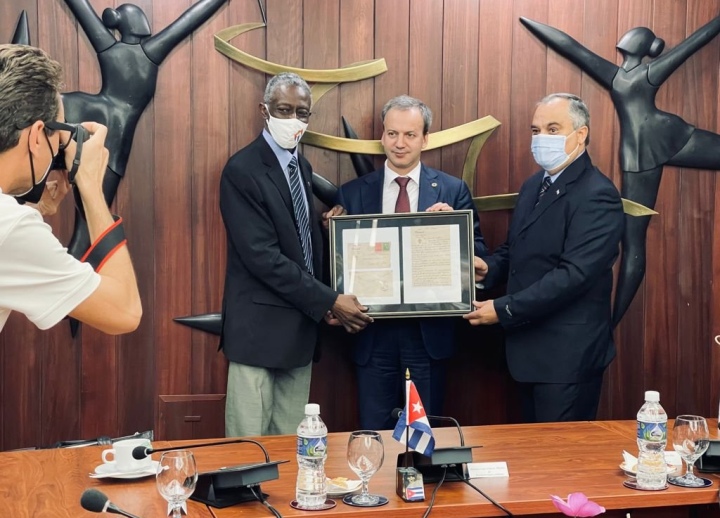 During the visit, the main focus was on the social aspect of chess. The delegation visited the “Grandparents’ House”, where chess is an important tool for promoting “active aging”. The FIDE representatives were also briefed about the other social activities in the country. “Caissa XXI” project involves 12 chess masters and grandmasters who reach out to slums and train approximately 800 children a month. This great initiative gives children from low-income families motivation and skills to climb the social ladder.

“This is a country where they not only love chess but smartly use it for the benefit of society. Such initiatives like Chess in Slums, Сhess in Prisons, Chess for Seniors allow using our game for education&empowerment. Amazing!” Dana Reizniece-Ozola said. 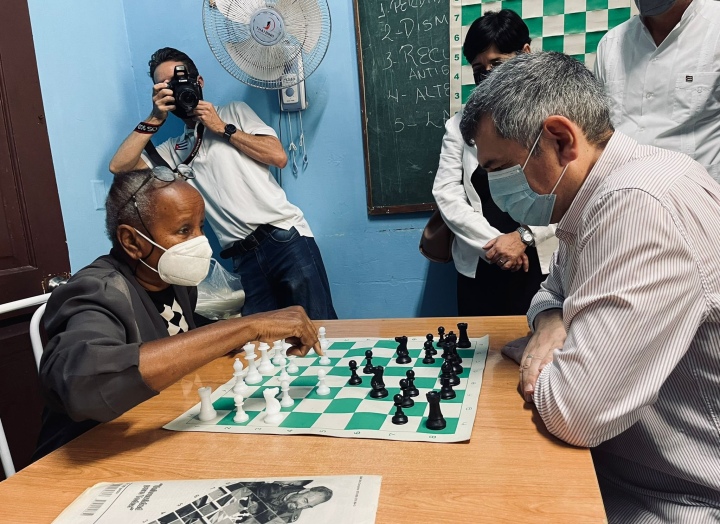 Cuba has taken huge steps in introducing chess in schools. Kids have chess lessons twice a week, and also research on chess influencing cognitive skills has been conducted.

FIDE will support the 55th Capablanca Memorial, and as part of the Year of the Woman in Chess, a women’s tournament will be organized in Cuba.

“We are happy to be here. We have many ideas for joint projects, and we have come to learn from Cuba how they do things with chess to achieve the results they have,” said FIDE President Arkady Dvorkovichsumming up his two-day stay in the country. 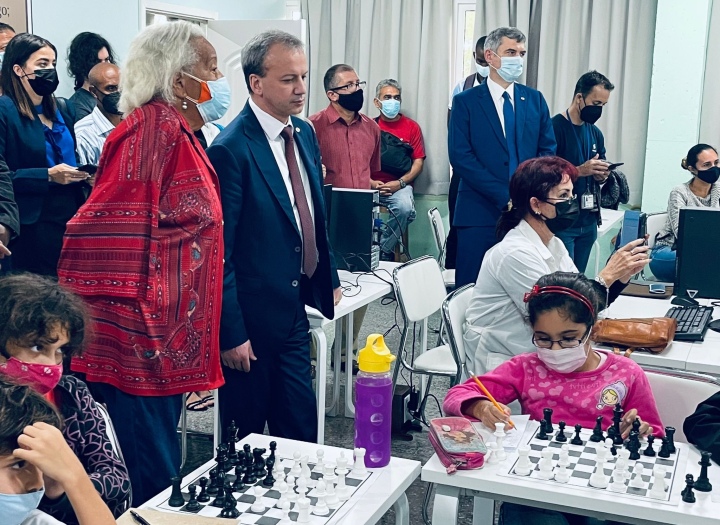 Panama was the second stop in the round of visits. Upon arrival in the country, the FIDE delegation was received by the First Lady of Panama Yazmin Colon de Cortizo† The First Lady was particularly interested in teaching chess as a ‘vehicle’ for introducing other subjects: language, mathematics and STEM.

The second meeting was to Damaris Young, a former basketball player, lawyer, and the first woman president of the Olympic Committee or Panama† she made a presentation in which she emphasized the competitive side of sports and its value as a tool of inclusion. 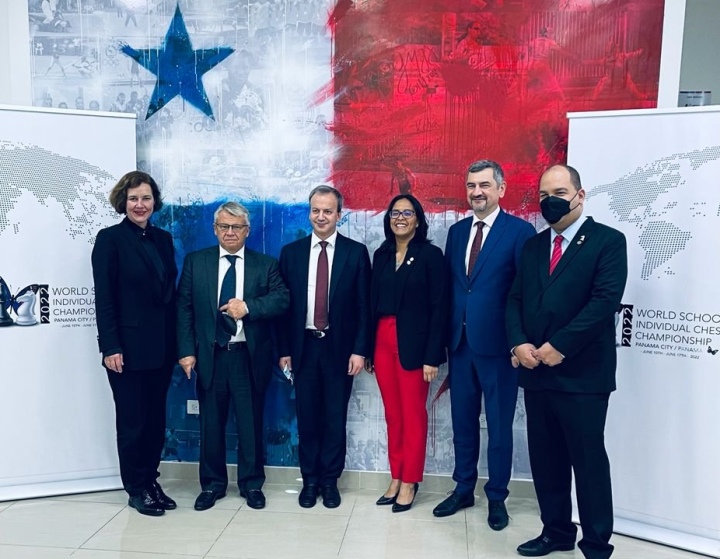 FIDE would like to thank the Panamanian Chess Federation (FAP) and its President Jose Carrillo Pujoli for their hospitality and the productive meetings that they scheduled during the visit.

After Panama, the FIDE delegation flew to Guayaquil, Ecuador, invited by FIDE Vice-President Martha Fierro to take part in the opening ceremony of “Chess in your neighbourhood”. The project, co-financed by the FIDE Development Fund through FIDE Americas, also enjoys extensive public and private support in Ecuador. Marcos MolinaPresident of the Health and Sport Commission of the National Assembly, stressed that this initiative aims “to liberate the hearts of these children, and targets the most vulnerable classes, classes that deserve greater attention from the E status”. 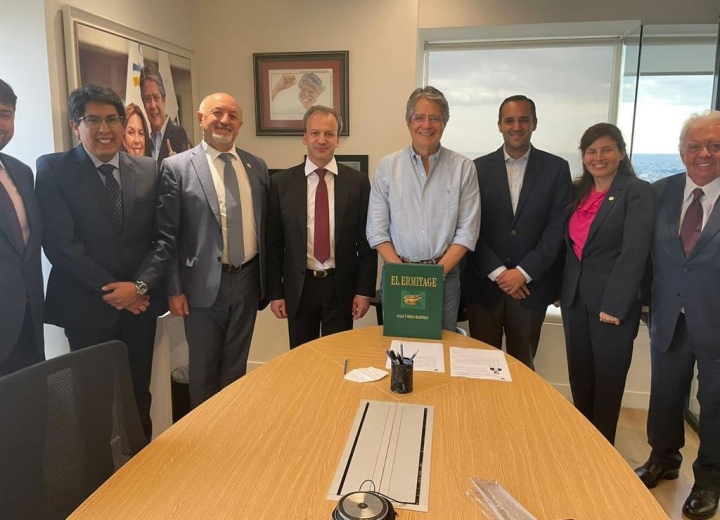 The FIDE delegation also had the opportunity to meet with the President of the Republic of Ecuador, Guillermo Lasso†

During the visit to Mexico, the FIDE management had a working meeting with Maria Jose Alcala Izguerra, the President of the Mexican Olympic Committee (COM). After the meeting, they cut the ribbon for the new “Center for Chess Development”. 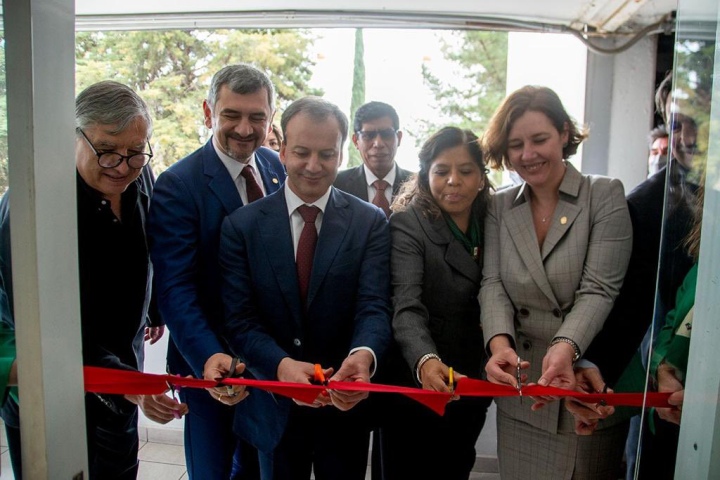 “It is a place that will allow chess to be promoted and at the same time create the conditions for training and improving in chess from a very young age,” said Alcala Izguerrac†

In addition, a continental FIDE Planning and Development Commission’s meeting was organized, using the opportunity of continental representatives getting together at the 8th Ibero American Individual Chess Championship. The delegates from 28 countries who arrived at the meeting were given a warm welcome by Mario Ramirez Barajasthe President of the Mexican Chess Federation.