Behind the scenes with Fijian Drua

laughter. That’s the abiding takeaway of our photographer from a day spent with Fijian Drua in New South Wales. They may be thousands of kilometers from home, the pandemic delaying plans to be based in Fiji until next year, but the team spirit is strong amongst the Super Rugby Pacific new boys.

As prop Samuela Tawake says: “Fijians are well known for that part of life – being happy and smiling, laughing and joking. It creates what we need as a team.”

From the conversations Rugby World has had, the most popular joke is throwing plastic snakes at each other. Their camp in the seaside village of Lennox Head may have similarities to Fiji but the Australian wildlife is not one of them. Players try to scare each other with fake versions of the real snakes they have seen in their surroundings, while crocodiles have also been something of a theme.

Naca Cawanibuka, who was part of the coaching team that guided Fiji Sevens to back-to-back Olympic titles and is now the Drua’s head of athletic performance, has a broad grin on his face as he recounts a team-building exercise that involved kayaking across Lake Ainsworth, located on the opposite side of the training field to the sea.

Some players didn’t want to go in the lake for fear of crocodiles being in the water (there are none!), while others didn’t show the same skills in the kayaks as previous generations who set sail in the boats the team is named after. “They were kayaking in circles rather than straight,” Cawanibuka says. “Our forefathers would be laughing!”

For all the laughter, there is plenty of hard graft going on too. The setting may be scenic but it is fully equipped for a professional rugby team. At one end of the pitch is a gym and a pool, at the other the team’s accommodation, so everything is within walking distance.

The squad is a mix of young players from the islands, sevens stars and pros who have been playing overseas. So as well as helping the team settle into their new environment, Cawanibuka’s main task has been to get everyone conditioned for a season of Super Rugby.

“We’ve got a fully-fledged Fijian team in Super Rugby for the first time ever,” says Cawanibuka. “The physical demands of the competition, coming from amateur to fully professional, is a big leap in itself. A lot of boys here have spent the last couple of seasons playing Skipper rugby (Fiji’s provincial comp). It’s a massive challenge and their development has accelerated.

“I probably sound biased but Fijians have proven that they are blessed with the ability to adapt quickly. Every session the boys learn, they make adjustments. Everyone – players, coaches, management staff – has put in a lot of hard work over the past few months, firstly getting settled in a foreign place and then putting systems in place.

“As well as preparing the team, getting them to be as fit as they can be, we’ve spent a lot of time focusing on what this team wants to look like, identifying what the values ​​are. It’s not only having the best rugby players, the talent they bring to the table, but having good men off the field.

“That’s the bigger message we want to share. It’s what we represent on the field and off it. The team is measured on performance, how we turn up over 80 minutes, but the journey is a really important one too. We represent the people of Fiji and that comes with great importance; we don’t take it lightly.”

Mick Byrne – part of the back-room team for the All Blacks for a decade, including two Rugby World Cup wins, and the Wallabies for another four years – heads up the Drua coaching staff. He stresses the work that is being put in too, as a team and individuals. He says: “Working when no one is watching is something that we came up with – that ability to be your own best coach, to be self-reliant in terms of your development.” 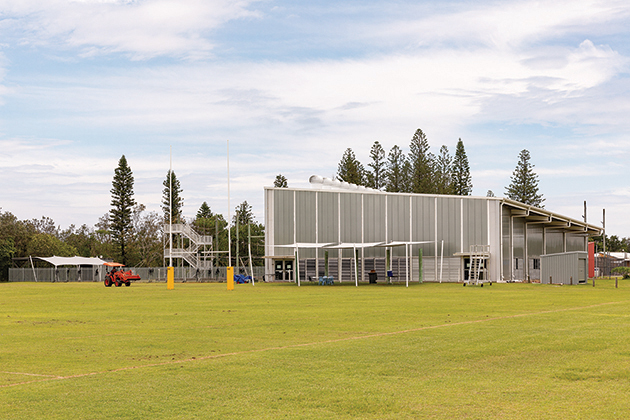 Some of the facilities at Lennox Head (Kev Nagle)

The opportunity to be a head coach and build a new team from scratch is part of what appealed about the Drua role; the other factor was coaching a whole team of Fijians. He has worked with plenty of islanders during his coaching career, but “to have a full team of them on the field at one time is exciting to watch”.

People are expecting plenty of incredible skills from this team over the coming months, be it audacious offloads, physiology-defying sidesteps or daring runs from deep in their half.

As Tawake says: “It’s a professional environment but we won’t lose that Fijian flair; it’s what we’re known for, what we’re good at.”

The challenge for Byrne is to create a game plan that allows for those natural instincts and incorporates a dose of pragmatism. “That’s the balancing act. In Super Rugby, to compete with the big teams, we need our defensive systems to hold up, we need focus around that system and to maintain possession, especially when the pressure is on. 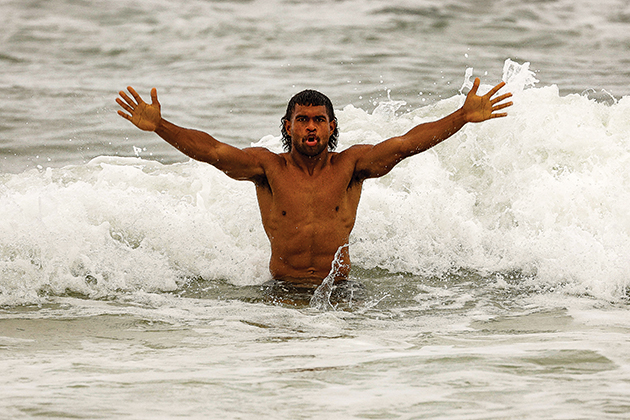 “At the same time, we want them to show that type of skill. So it’s about finding a game plan where players feel comfortable in controlling the game but also being able to express themselves.

“Some players have been in winning teams at the Olympics and they realized that they had a lot to do in getting more structure in their game defensively. You see that with what Ben Ryan did (in Rio). The word some people use is disciplined but I think it’s creating better habits, while having the freedom to play when opportunities present themselves.”

This may be the Drua’s first season in Super Rugby but the team are targeting a place in the knockout rounds, which means finishing in the top eight of the 12-team competition.

Their first eight fixtures are all against the Australian franchises after the draw was rejigged due to Covid travel restrictions, which should allow them to build consistency in their game and tactics before playing the five New Zealand teams and Moana Pasifika. And they recorded their first Super Rugby victory against Melbourne Rebels in round three.

There have long been calls for Pacific Islands teams to be involved in Super Rugby and the door has finally been opened, with Fijian Drua and Moana Pasifika joining this year. The long-term impact on rugby in the Pacific could be huge, with these teams offering a route to professional rugby that is connected to the islands.

As Tawake, who has played in New Zealand and America, says: “The whole country has been waiting for a while for this to happen. It’s historic and special. It’s a good way to keep talent at home, to offer a different channel so boys don’t feel they need to go to Europe or New Zealand or Australia straightaway for their rugby career.”

It’s a point emphasized by Nemani Nagusa. The 33-year-old Fiji back-row is one of the most experienced players in the squad having joined the Drua from Newcastle Falcons and is captain for their debut season.

He says: “For people back home, it’s something to target when they’re playing rugby. Now we have a Fijian Super Rugby side, it’s a great opportunity for them to work hard back in Fiji to try to make it to this team and play at this level.”

Byrne believes that Fiji stars currently playing in Europe or elsewhere will be keen to join the Drua over the coming years too. In fact, there may have been more familiar names in this year’s squad if the announcement about Super Rugby’s expansion and the Drua’s license to have a team involved had not come through later than expected.

“Over the course of two to three years, I think we’ll find we’ll build the team from within Fiji, from the islands of Fiji, by creating a great pathway to professional rugby. Then we’ll top that up with already hardened international rugby players who add value to the side.”

It’s Cawanibuka, though, who best articulates the importance of this team to rugby in Fiji. “It’s a maiden voyage, it’s something that has never been done before in rugby history and it’s something I believe will be a new legacy for Fiji rugby,” he says.

“We’ve always had Fiji Sevens, the Flying Fijians (15s), now for the first time ever we have a professional Fijian team playing in a pro league – and probably the best professional league in the world, with some of the world’s best players on offer. It’s a highly respected competition and a proven one.

“We’ve always had a conveyor belt, players coming through sevens to become some of the best in Europe. All the hard work starts back home in the villages – that’s where those players come from.

“What the current (Drua) players do is create a dream for the boys back on the islands and it’s a dream that is achievable, they won’t have to wait many years for it to materialize. There are 38 of us here but there are thousands more back home who would all like to be vying for spots in the Drua in years to come.

“This is a special moment in time. If we look back to our forefathers who sailed to unknown lands on their drua years ago, this is a different context – high-performance sport – but it’s a journey into the unknown and a wonderful challenge. The Moana and Drua boys run out carrying their own oars and wakas, and will be an inspiration to people.”

And there is sure to be plenty of laughter along the way too.

This article originally appeared in the March 2022 edition of Rugby World.