Let us all welcome the newly-released MotoGP safety car, the BMW M2 CS Racing. This most recent acquisition to the BMW M safety vehicle fleet is a pure-bred racecar made into a safety vehicle in the festivity of BMW’s celebrations for the 50th anniversary of its founding. The car has a striking BMW M livery, new front lights, and a roof-mounted light bar. It shouldn’t be challenging to spot.

It’s eventually here! BMW has finally unveiled the first vehicle that sports the authentic M symbols. It’s not astonishing that the M2 CS Racing sports purple, blue and red colors initially seen on the 3.0 CSL. The iconic look was teased in November 2021 when they announced that all M and M Performance cars would get distinctive logos by 2022.

Because it was initially developed for the racetrack, BMW made minor changes to make adjustments for MotoGP Safety Car transformation. The tweaks are restricted to a minimum, as M2 CS Racing already has a 3.0-liter twin-turbo straight-six that can produce up to 444bhp. The M2 CS Racing features an electronic limited-slip differential with preload and separate cooling like the standard race car. It also features a roll cage for rigidity and safety and other racing car features like an eight-point harness, Recaro seats, a fire-fighting system, and air jacks. In addition, the carbon roof and customized driveshafts help differentiate this M2 CS Racing from a road-going model.

“M stands for Motorsport – something we are underlining with the new BMW M2 CS Racing MotoGP Safety Car”. BMW M GmbH combines high-performance production automobiles and motorsport under one roof. For this reason, we selected a race car from our BMW M Motorsport range to be the new MotoGP™ Safety Car – an appropriate choice to mark the 50th anniversary. The BMW M2 CS Racing has been successful in a wide range of championships – and, as a thoroughbred race car, is ideally suited to leading the field as the safety car in the pinnacle of motorcycle racing.

We are looking forward to our 24th season as ‘Official Car of MotoGP™’ and to seeing the BMW M2 CS Racing in action as a safety car for the first time in Qatar.” said Frank van Meel, BMW M CEO.

There is quite the collection. On March 6th with Qatar, the season kicks off, where fans will see one of the many MotoGP Safety Cars planned for 2022. With BMW entering their 24th season as an official safety car partner, M2 CS Racing will be present with two M3s, M4 Competition, M5 CS, M8 Competition Gran Coupe, X5 M Competition, and BMW M 1000 RR safety bikes. Following the Qatar event, you’ll witness the safety cars at GP of Indonesia and GP of Argentina. The final race of the season will be held in October in Valencia. The all-electric BMW i4 M50 will also lead the MotoE World Cup, the electric motorcycle competition alongside MotoGP. Are you going to be there? 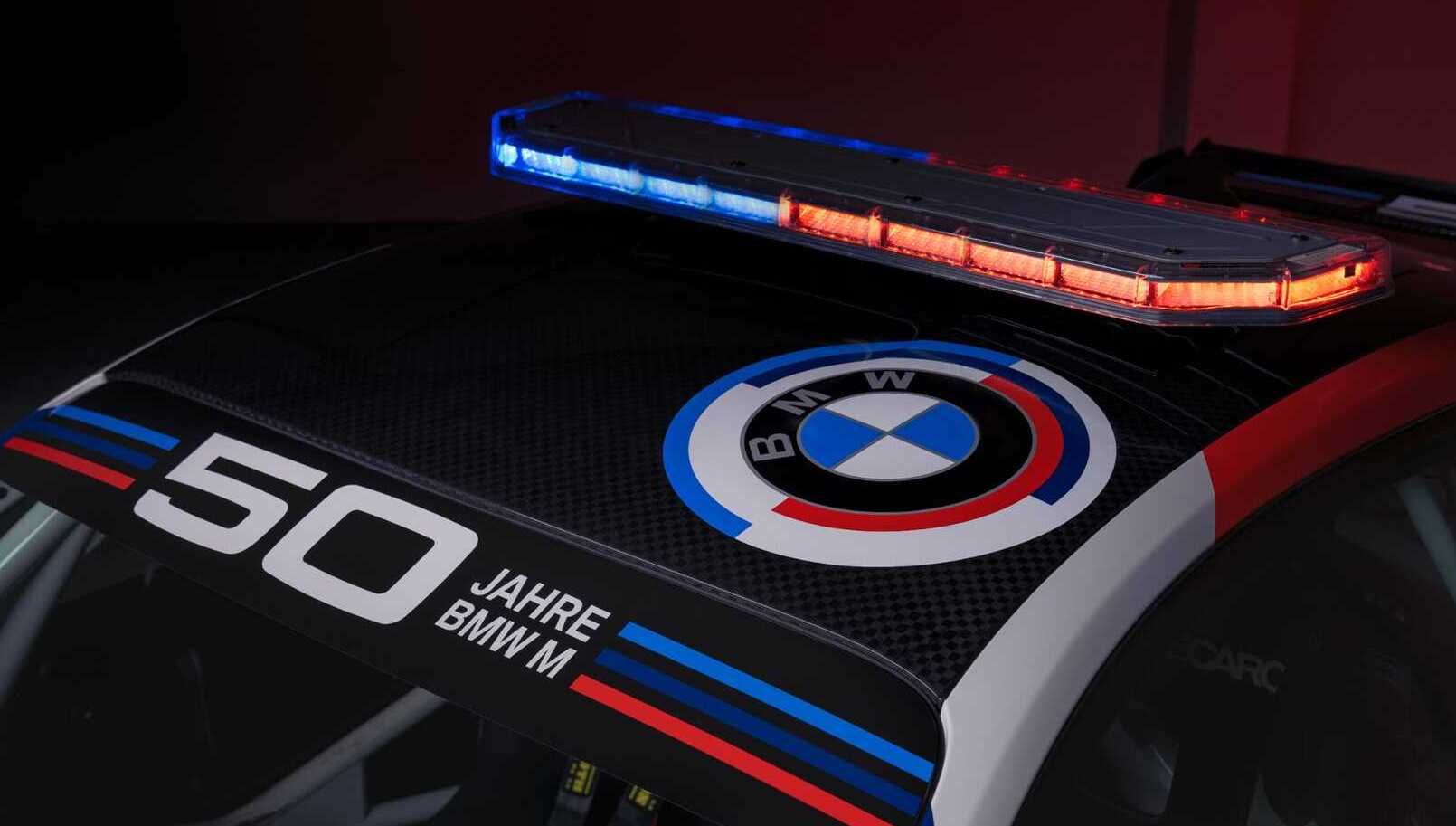 “BMW M has been our partner since 1999 and, throughout this long-term collaboration, has always thrilled us with new highlights. BMW M is setting new benchmarks again this year with a safety car based on a real race car. The BMW M2 CS Racing MotoGP™ Safety Car shows BMW M’s deeply rooted in motorsport. It is also more proof of just how intensively BMW M GmbH brings its passion for motorsport to play in our partnership. We want to congratulate BMW M on its 50th anniversary and are looking forward to an exciting new season together,” said Carmelo Ezpeleta, CEO of MotoGP rights holder Dorna Sports.
Related: This Is The Best Feature Of The BMW M2 CS

A Great Way To Conclude The First-Gen M2 CS BMW M has been teaming with MotoGP since 1999 and presents cars to the fastest qualifying rider each year. In the past two years, Fabio Quartararo took home an M5 CS in 2021 and an M2 CS for 2020. Before that, Marc Marquez grabbed the title for seven consecutive years and won an M3 X4 M Competition, an M3 MS, M4 CS M2, M6 Convertible M4, and an M6 Convertible. The first-generation BMW 2 Series just went out of the show following a remarkable run from 2014 until 2022, and among the final models were the top CS variants of the coupe with two doors. With the S55 from the M3 rather than the more tuned N55 that they’re typically outfitted with, the CS models are enjoyable to drive and highly efficient machines. Therefore, it is only natural that the race version of the car is being prepared to serve as officially designated MotoGP Safety Car in the top motorcycle racing series this year.

Confucius did not exactly specify moto-journalism when he penned everything in the 6th century BC Nevertheless, a proverb from a philosophy loosely rendered today reads as “fancy something you love and you will never want to work a single day in your life.”