IT’S ALL BEEN building up to this.

We’re heading for the climax of the 2022 GUINNESS SIX NATIONS and, as it stands, Ireland remain in the hunt for the championship.

This year, our new show – The Front Row in partnership with Guinness – has seen us bring some great guests into studio for inclusive rugby chat and plenty of laughs.

Now we’re taking it to the next level with a bumper live event at Dublin’s premium sports bar and venue.

on Monday, March 14host and comedian Seán Burke, The42’s rugby expert Murray Kinsella and Ireland star Eimear Considine will take to the stage at The Camden in Dublin.

We’ll have two tickets to Ireland v Scotland to give away on the night, and the opportunity to get your photo with the GUINNESS SIX NATIONS trophy.

Toner, Leinster’s all-time record appearance holder, has a Grand Slam and three championships to his name.

All-rounder Peat, who also excelled in Gaelic football and basketball before concentrating on the oval ball, earned 38 caps for Ireland and won Women’s Player of the Year prior to retiring from the international game in January.

They will hopefully be looking back on a famous Irish victory at Twickenham, and previewing what is likely to be an exhilarating championship weekend. 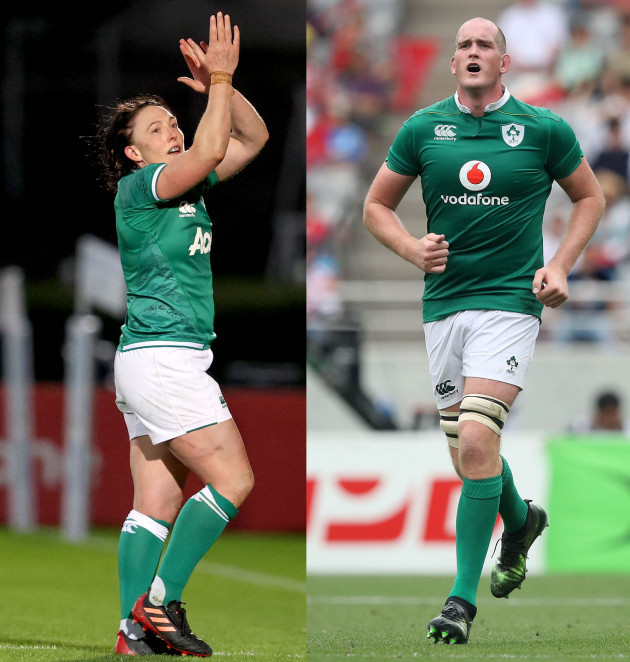 Lindsay Peat and Devin Toner are our special guests.

Ireland face Scotland at the Aviva Stadium in their final match, and we have a pair of tickets up for grabs.

Plus, members of Emerald Warriors – Ireland’s first LGBT+ inclusive rugby club – will be dropping in to talk about their journey.

Get closer to the stories that matter with exclusive analysis, insight and debate in The42 Membership.

It promises to be an action-packed evening that’s not to be missed, so why not make up for lost time and kick off your St Patrick’s week in style.

In case you missed it, comedian Michael Fry was our special guest on last week’s episode of The Front Row, in partnership with Guinness. He chatted about his family’s rugby background and his short-lived playing days, before using his musical ear to rank the anthems of each Guinness Six Nations team. Click here to subscribe or listen below: