Leinster Rugby has announced the Irish Cancer Society as its latest charity partner of the 2021/22 season as part of the Charity Affiliate Program which was first launched in November 2020.

Like last season, Leinster Rugby will once again work with a new charity each month in the hope of raising the profile of that charity and the Irish Cancer Society has been chosen for the month of March after being nominated by the Official Leinster Supporters Club (OLSC ).

Since 1963 the Society has grown into one of the leading cancer charities in Ireland, providing information about cancer prevention, detection, treatment and support.

The Irish Cancer Society’s Daffodil Day takes place each March and raises a large portion of the yearly funds required for the Society to carry out its mission.

In 2021 alone, an estimated 44,000 people received a cancer diagnosis in Ireland.

Each year more and more people in Ireland are being diagnosed with cancer, therefore the Irish Cancer Society cancer support services are now more in demand than ever before.

The Society is also constantly funding new and innovative research projects that can help bring us closer to a future where no-one dies from cancer in Ireland. In total the Society has dedicated almost €30 million in funding to a series of cancer research projects over the last decade.

In attendance at the launch at Leinster Rugby head office in UCD were Leinster Rugby players Chloe Blackmore, Jimmy O’Brien, Seán O’Brien and Martin Moloney, as well as representatives from the OLSC and Irish Cancer Society CEO Averil Power.

“Daffodil Day is one of the most important dates on our calendar each year and we feel so fortunate to have the support of such a terrific organization this March. The funds raised this year will play a vital role in providing free support services and care to people affected by cancer while also helping to develop ground-breaking cancer research.

“According to the National Cancer Registry, between 1994 and 2019, about 246,500 people in the Leinster region received a cancer diagnosis. Our Support Line is available on 1800 200 700 where our expert cancer nurses are available to chat about any health or cancer concerns.”

Bebhinn Dunne, President of the OLSC, said, “the OLSC is delighted to have chosen the Irish Cancer Society as it’s a charity partner for the month of March. The charity partnership coincides with the Society’s flagship fundraiser Daffodil Day, which takes place Friday March 25th†

“The Irish Cancer Society is a charity that is very close to the hearts of our committee, and one that we feel is very much deserving of our support.

“We are thrilled to partner with the Irish Cancer Society to assist with their fundraising endeavours and help grow awareness of their amazing cancer support services amongst our supporters.” 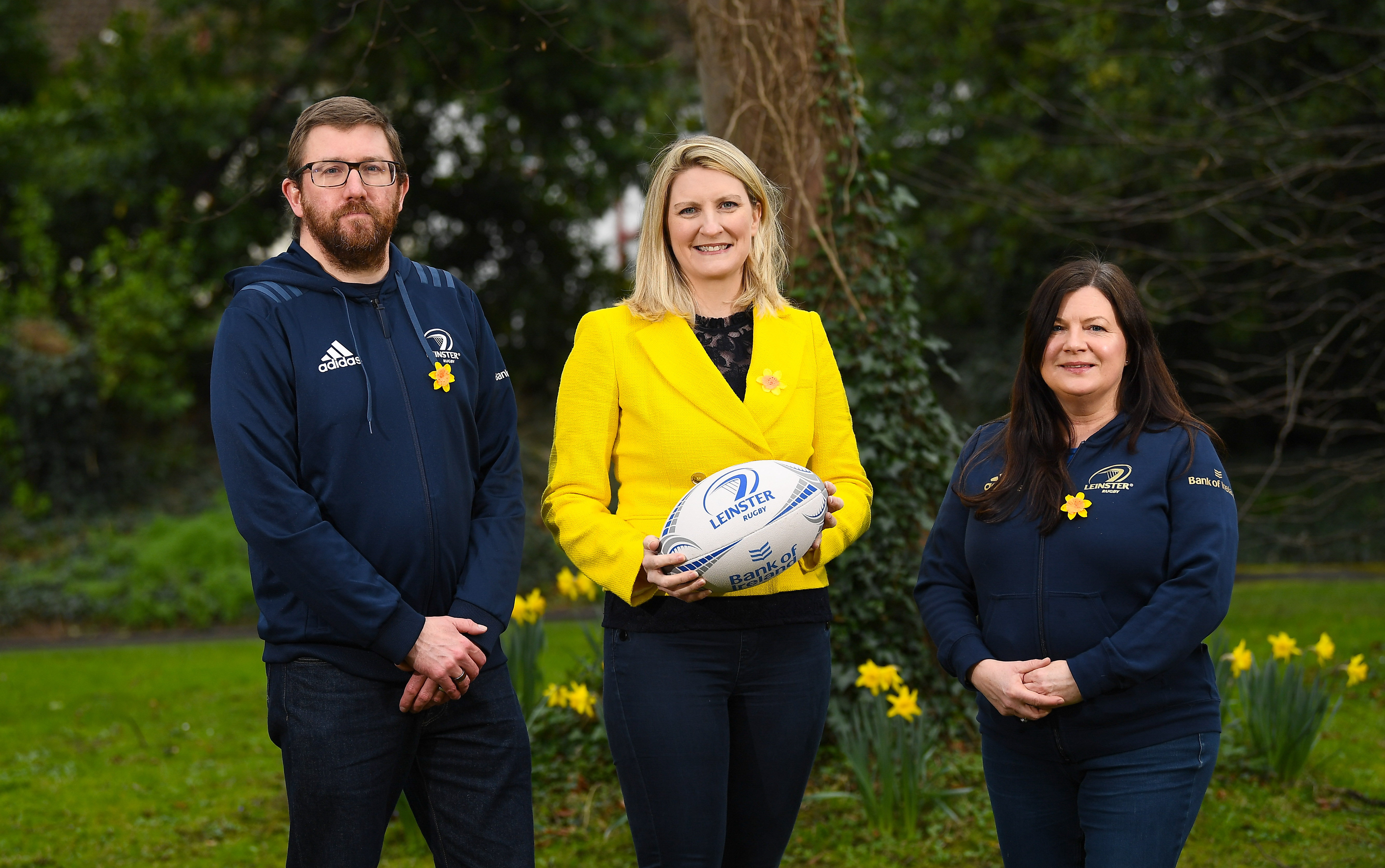 Leinster Rugby also confirmed that Bank of Ireland would continue to support the charity partner scheme again this season and that its Player of the Month Award donation will now be made to the monthly charity affiliate, rather than the player in question, a move that is also supported by the Leinster Rugby players.

Like all the charities selected, the Irish Cancer Society was selected by Leinster Rugby after a consultation process involving the leadership group of the men, women’s and Academy teams and consultation with the premium sponsors and partners and the OLSC.

For more information on the Irish Cancer Society and Daffodil Day, visit www.cancer.ie