Editor’s Update 7:20 PM The Snohomish County Sheriff’s Office released the following and is asking for anyone with information to please contact them on their tip line.

On March 06, 2022, at approximately 01:35 AM multiple people called 911 reporting a fight in progress in the 600 block of 128 St SW in unincorporated south Everett. It was reported that 10-20 people were fighting in the parking lot of 128th Billiards with subsequent reports of multiple shots being fired. Additionally, an unknown white sedan was reported leaving the area in an unknown direction. Upon arrival, deputies found a 31-year-old Everett man deceased with a gunshot wound to the head. Detectives from the Snohomish County Sheriff’s Office Major Crimes Unit later responded to take over the investigation. The Snohomish County Medical Examiner’s Office will confirm the cause of death and the identity of the victim. This is an isolated incident and ongoing homicide investigation, there are no known dangers to the community.

Detectives are requesting the assistance of any potential witnesses, especially people with photos or video of the scene or incident. People with additional information or evidence are asked to call the Sheriff’s Office Tip Line at (425) 388-3845. 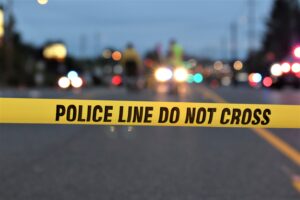 Not a lot of information at this early hour but Snohomish County Sheriff’s Major Crimes Detectives are on the scene in the 600 block of 128th street SW.

According to SCSO a large fight broke out about 1:30 AM with 10 – 20 people involved and multiple shots fired. On arrival deputies report finding a 31-year-old Everett man with a gunshot wound to the head. He died at the scene.

My Everett News is a hyperlocal news website featuring breaking news and events in Everett, WA. We also cover City of Everett information and items of interest to those who live and work in Everett. It’s written by Leland Dart a former Snohomish County based radio reporter born and raised in Everett.

View all posts by myeverettnews