The annual SRO Motorsports Group Awards celebrated the 2021 season with a spectacular prize-giving ceremony at The Brewery in the heart of the City of London on Friday evening.

Audi Sport received the most coveted prize when it collected the Intercontinental GT Challenge Powered by Pirelli manufacturers’ title.

Ferrari drivers Alessandro Pier Guidi and Côme Ledogar picked up the drivers’ championship, while the pair were also recognized for their TotalEnergies 24 Hours of Spa victory with Iron Lynx alongside Nicklas Nielsen.

The other major international award went to Mercedes-AMG, which claimed its third successive Fanatec GT World Challenge Powered by AWS triumph thanks to strong performances from its customer teams around the globe.

Each title-winning driver from the series also received a limited-edition watch from REBELLION Timepieces to mark their achievement, while the champions of Fanatec GT World Challenge America Powered by AWS accepted their examples at a separate ceremony in the United States. Representatives from SRO America were also present in London to celebrate the 2021 season with their global colleagues.

In the GT4 European Series, United Autosports (McLaren) earned the Silver Cup crown, while Audi squads Saintéloc Racing and Team Fullmotorsport collected the Pro-Am and Am Cup titles respectively. For the first time, the Fanatec GT2 European Series was celebrated during the awards following its maiden season of competition. Titles were presented for the Pro-Am and Am Cup drivers’ champions, the latter collected on the evening by Christoph Ulrich, Sportec Motorsport (KTM).

There were also a pair of highly significant individual honors to hand out. British GT presents its annual Allan Simonsen Trophy to a driver who displays the same speed and spirit that epitomized the Danish racer, who lost his life at the Le Mans 24 Hours in 2013. His fellow countryman Dennis Lind was announced as the 2021 recipient, recognizing a campaign that included six fastest laps from seven weekends and GT3 title glory alongside Leo Machitski. 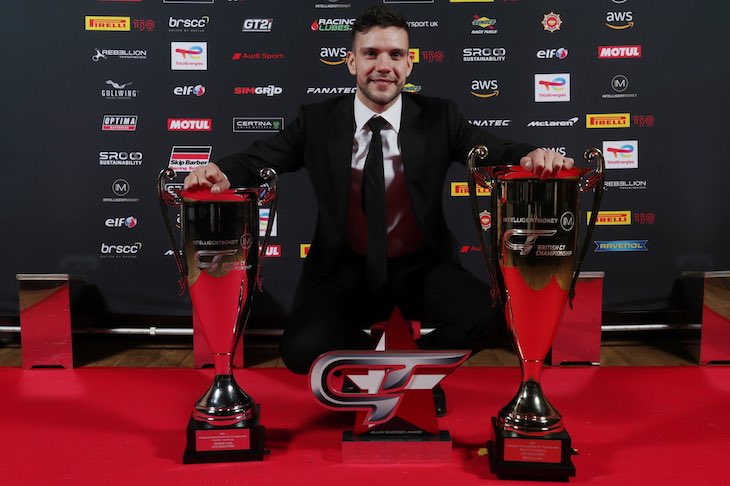 Of equal importance, the Sean Edwards Trophy is named in honor of the late GT ace and awarded to a standout GT4 driver to support their progress towards GT3. This year’s winner was Bailey Voisin, who captured the 2021 GT4 European Series Silver Cup title in commanding style.

Now a central part of the SRO programme, sustainability also played a prominent role in the evening. The inaugural SRO Sustainability Trophy was presented to the Intelligent Money British GT Championship in recognition of a collective commitment to limiting environmental impact, with last year’s opening round at Brands Hatch featuring SRO’s first-ever fully carbon neutral entry.

In another first, the SRO Environmental Award was presented to Team WRT as the most sustainable outfit across all championships. The Belgian squad has made a particularly important contribution to SRO’s Road to Carbon Neutrality competitor programme, displaying a keen appreciation for environmental matters.

Stephane Ratel, SRO Motorsports Group founder & CEO: “Firstly, my congratulations go to all of those who were recognized during the evening. Our series grow more competitive every year, so being crowned champion is something to be very proud of. It was very pleasing to see newer projects so strongly represented during the awards, with sustainability and esports both taking their place in the programme. 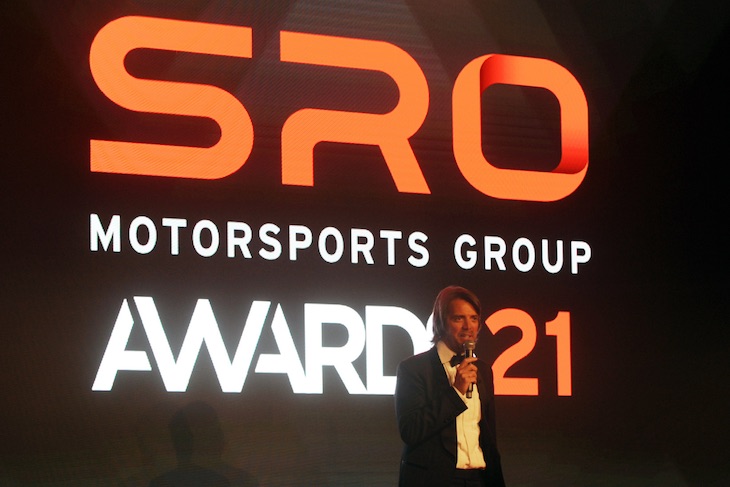 “The ceremony also provided the perfect way to thank our partners, circuits, teams and drivers that make our activities possible. We are proud to receive their support and hope that they thoroughly enjoyed the evening. Now we focus on the future, with Fanatec GT World Challenge Europe Powered by AWS ready to launch its season with testing at Circuit Paul Ricard next week. There is rarely time to stop in this sport and it won’t be long before we are discussing the champions of 2022.”