UAE and Namibia are all set to lock horns against each other in the ICC Cricket World Cup League Two fixture. The current round of fixtures are being held in the United Arab Emirates, as the hosts are placed fifth in the points table with 12 points to their name from 11 games. UAE were defeated by Oman in their last encounter on Saturday, falling short by just 12 runs, chasing a total of 226 runs.

On the other hand, Namibia are placed fourth in the points table with 12 points to their name from 10 games. Namibia claimed a huge win in their last fixture, defeating Oman by a margin of 110 runs. After putting on 226 runs on the board, Namibia bowled out Oman for just 116 runs after an inspired bowling performance.

The first two fixtures on this wicket have turned out to be low-scoring battles. Moreover, with the surface being a used one, we expect the trend to continue. Batsman will have a hard time scoring runs on this wicket, whereas, spinners could get purchase from the track.

Vritiya Aravind scored 44 runs in the last encounter against Oman, being the top scorer for his side. He bats at number three for his side, having scored 287 runs in 12 innings at an average of 23.90.

Gerhard Erasmus has played just 9 ODIs so far, but has made quite an impact. He has scored 347 runs in 9 innings at an average of 43.4. The Namibian skipper smashed a swashbuckling century against Oman, scoring an unbeaten knock of 121 runs off 120 balls.

David Wiese is one of the most experienced all rounders in world cricket. Wiese has played 154 List A Games, scoring 3712 runs at an average of 35.7. Moreover, with the ball, he has picked up 142 wickets at an average of 5.43.

UAE vs NAM Must Picks for Dream11 Fantasy Cricket: 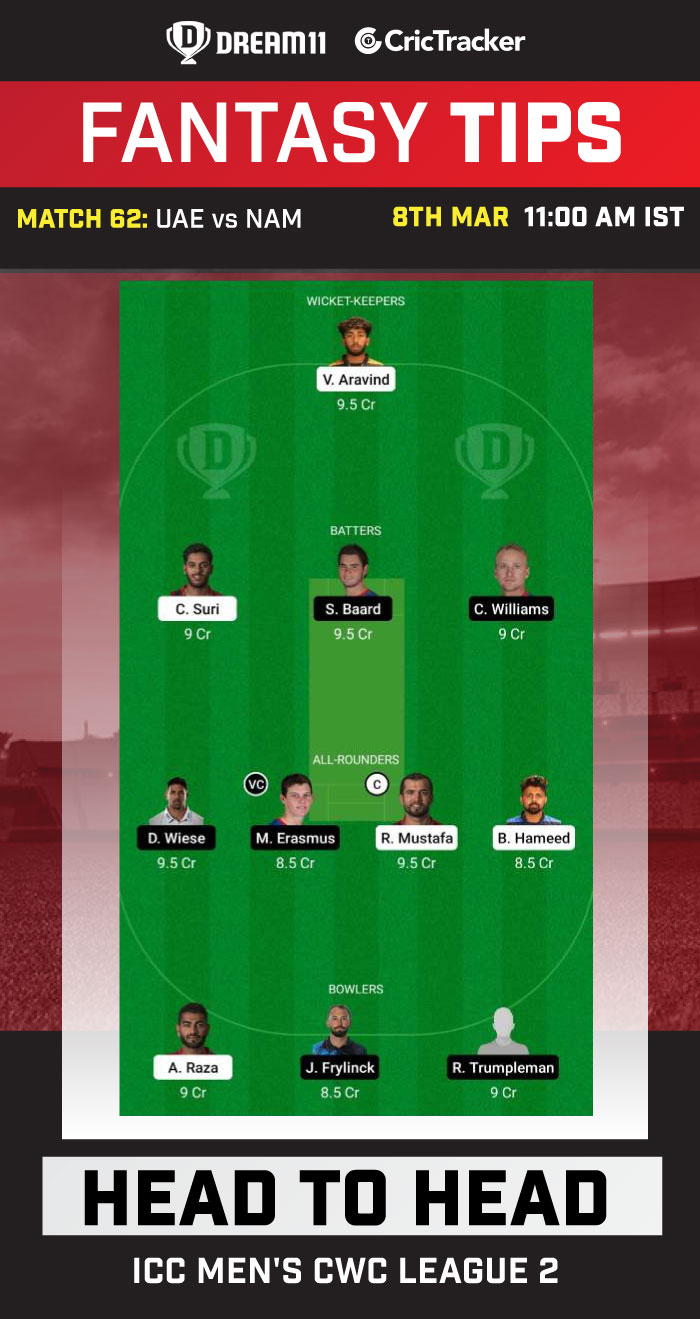 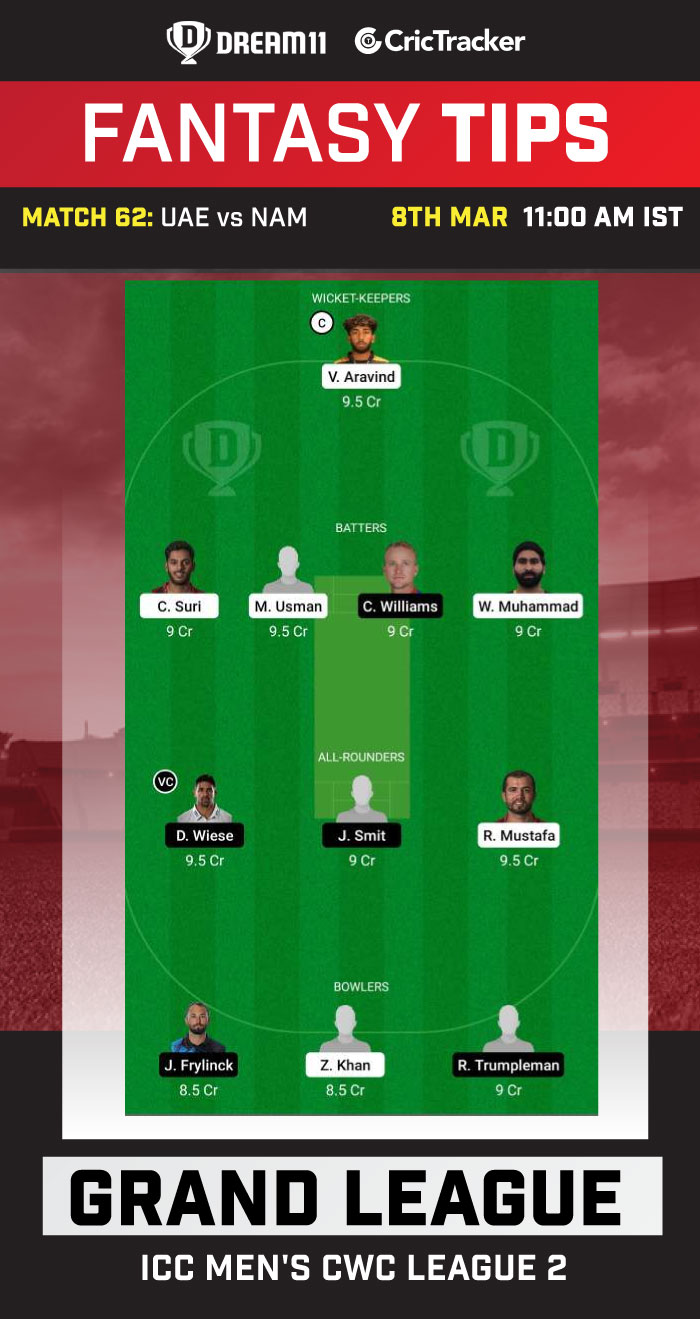 Namibia are expected to win this encounter.