UPDATE 3/7/2021: On Friday, February 25, 2022, at approximately 11:35 pm, deputies from the St. Mary’s County Sheriff’s Office responded to Action Lounge and Billiards in Leonardtown for a reported threats call.

Police arrived at the scene and were speaking with the caller, when an adult male, later identified as John Daniel Andries, 35, of Piney Point, was removed from the establishment by security.

The deputies advised Andries that he would not be able to re-enter the establishment and would have to leave, Andries then attempted to open the door back up and repeatedly stated that he wanted to go back inside and was pulling on the door handle. Police then told Andries that he would be able to leave on his own or he would be coming with them, Andries then poked Sgt. Fleenor in the chest, and was placed in handcuffs. Andries then refused to allow police to take him to their patrol vehicle, and sat down on the ground, forcing them to drag him to the patrol vehicle, once at the patrol vehicle, Andries refused to sit in the vehicle and repeatedly kicked Sgt. Fleenor as they attempted to place his legs inside the vehicle.

2/15/2021: According to court documents, Jamshid Ochilov, a Special Agent of the Federal Bureau of Investigation (FBI) assigned to the FBI Washington Field Office arrested a St. Mary’s County man for his involvement in the Capitol Siege and Riot on January 6, 2021.

John Daniel Andries, 35, of Piney Point, was charged with the following:

Andries was released on his own recognizance.

On January 17, 2021, the FBI received an online tip from a tipster (hereinafter “Witness1” or “W-1”) who stated that he/she was watching the news during the Capitol insurrection and recognized a suspect but “wasn’t sure it was him.” He/she had heard that the suspect was at the Capitol, however.

W-1 provided a link to a YouTube video from @BGOnTheScene and identified ANDRIES at the 13:19 minute mark.1 A screenshot from the video at that approximate time is below: 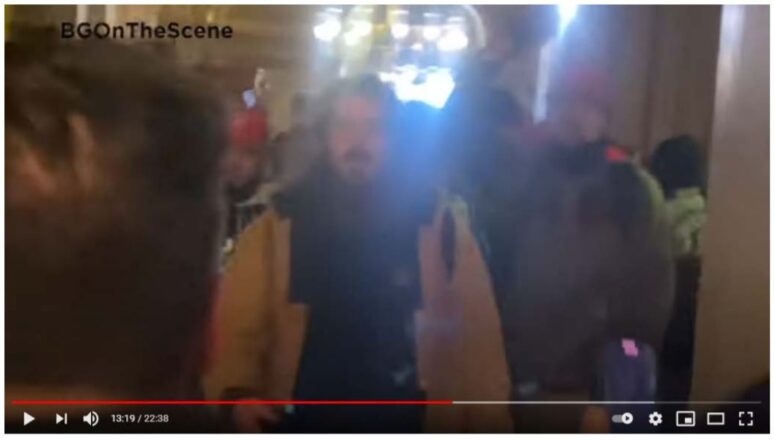 ANDRIES appears to have long light brown hair and a full beard and is wearing a khaki-color jacket, black shirt or sweatshirt, and backpack.

W-1 also provided a screenshot to the FBI that W-1 captured from the YouTube video and identified ANDRIES as in the front left-hand corner. The screenshot is below:

On January 25, 2021, another FBI agent interviewed a Deputy Sheriff with the St. Mary’s County Sheriff’s Office (hereinafter “Witness-2” or “W-2”). W-2 stated that he/she responded to ANDRIES’s house on January 11, 2021, in response to an unrelated police report. When W-2 arrived, ANDRIES was home and W-2 interviewed ANDRIES. The FBI agent showed W-2 the screenshots above and below from inside the US Capitol building. W-2 looked at the screenshots and identified ANDRIES, stating, “It looks like him.” W-2 remembered that ANDRIES had distinct shaggy hair and a beard.

While viewing the @BGOnTheScene YouTube video provided by W-1, your Affiant recognized ANDRIES in several other video clips both inside and outside the US Capitol building with other rioters. At the beginning of the video (at approximately 10:21), ANDRIES can be seen on the steps outside of the US Capitol Building with a large crowd. The crowd is attempting to break down the metal barriers to the building, as police officers try to hold them back. 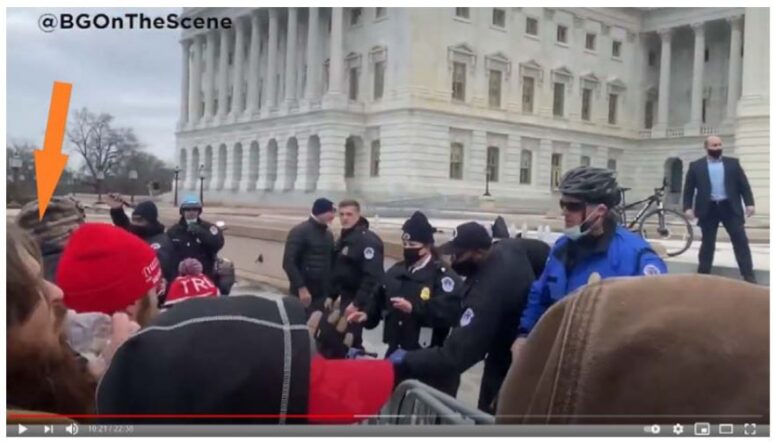 Approximately 30 seconds later, the crowd breaks through the barriers and heads toward the Capitol building. ANDRIES can be seen walking up the stairs to the building (at approximately 10:53). Eventually, the crowd enters the building and ANDRIES can be seen inside the building with the other rioters (at 13:19). Your Affiant also reviewed video surveillance footage from US Capitol Police (“the USCP video”). The USCP video footage shows ANDRIES enter the US Capitol building through a broken window. 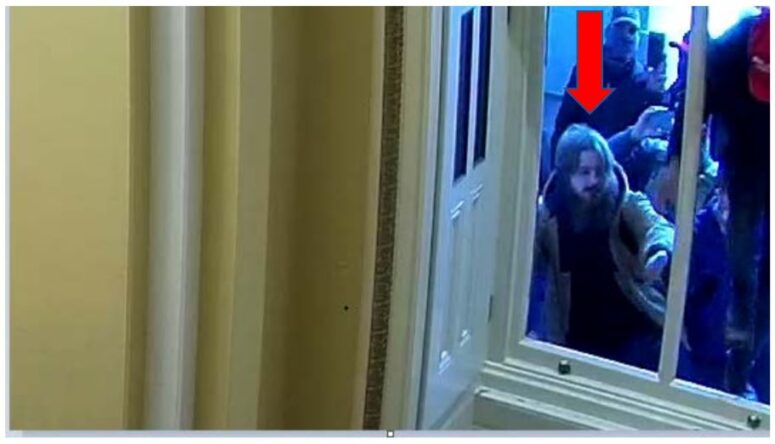 As seen in the @BGOnTheScene video, once he was inside the building, ANDRIES appears to be part of a crowd that is attempting to push past US Capitol Police officers. At one point, ANDRIES turns to the crowd and waves his arms in a back-and-forth motion. 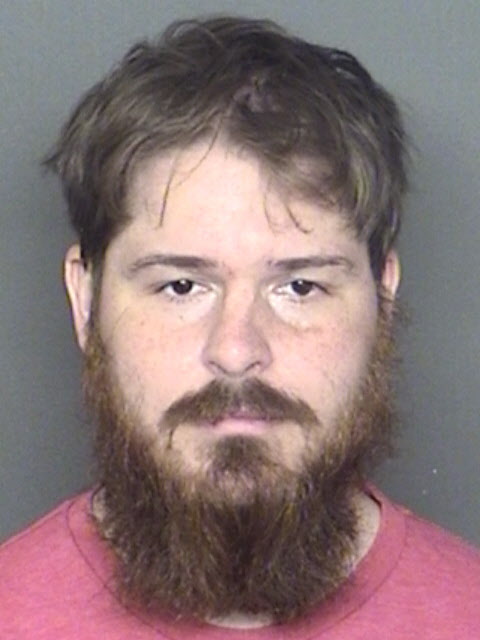