Wednesday’s games of the 2022 FIDE Grand Prix in Belgrade saw GM Richard Rapport win with the white pieces against GM Maxime Vachier-Lagrave, whereas the game between GM Anish Giri and GM Dmitry Andreikin ended in a draw after wild complications.

On Thursday, the games were more or less the opposites of the previous day. Vachier-Lagrave got an advantage and seemed to convert confidently, but once he came up against Rapport’s creative counterplay, the advantage slipped and a draw became a reality, whereas Andreikin-Giri was entirely unexciting.

The third day of the semifinals, featuring the tiebreaker between Andreikin and Giri will continue on March 11, 2022, at 6 am PT / 15:00 CET.

The first game saw more fireworks than one could possibly expect from a game between two players that are considered as solid as Andreikin and Giri are. In the second game, however, we saw the diametrical counterpoint to excitement.

With the white pieces, Andreikin chose to play an ultra-solid Anti-Indian setup with 1.d4 Nf6 2.Nf3 g6 3.b3, perhaps inspired by Giri’s 3.b3 yesterday. This line is not by any stretch of the imagination considered a critical line, but it does take the players out of mainstream theory, where Giri typically is hardcore booked up. Giri has previously faced this line, in an online game against GM Fabiano Caruana, where Giri was better straight out of the opening and eventually won the game. Andreikin, similarly, had played a previous game with the opening, as White against GM Saleh Salem in Moscow 2019, and obtaining a won position very early in the game. Both of these games are referenced below in annotations to the game.

In today’s encounter, neither side obtained an advantage, pieces were exchanged. Eventually a position was reached resembling something like a Maroczy Bind of the Sicilian Accelerated Dragon, but where the prior exchanges had solved most of Black’s usual problems regarding White’s space advantage. Eventually, Black managed to accomplish both of the pawn breaks Black hopes to achieve against the Maroczy Bind: …b6-b5 and …d6-d5, securing smooth equality, and the game ended in a draw.

With Rapport having won the first game of the semifinal, you might think that he would choose something solid or safe, such as a Berlin Variation or an invitation to a Marshall Attack. However, then you would not be thinking like Rapport. He did not get to his present rank and rating by playing careful, boring chess. He can play it (as we saw in round six of pool play), but he likes to challenge his opponents and, I suppose, himself; to think creatively and solve unusual positions at the board.

In this crucial game, Rapport surprised Vachier-Lagrave with 4…d6 followed by 5…Bg4, a line that more or less requires Black to sacrifice a piece for possibly insufficient compensation. While objectively dubious, it made Vachier-Lagrave think, burning a full third of his time to play 11.g3, which is not considered the critical line. Very soon, it became apparent that Rapport had a comfortable position and appeared to be steering towards the final. But then the unexpected thing happened: Rapport, who has been playing every game with a very steady hand, started playing loose, imprecise moves, allowing the French grandmaster to take over the control of the game and secure a solid advantage in the double rook- and knight end game.

Just as White seemed destined to secure a win, inaccuracies started creeping in when faced with creative counterplay by Rapport. Eventually, Black’s counterplay on the queenside proved sufficient to hold the game. Heartbreak for Vachier-Lagrave but a triumph for Rapport, who will have the day off tomorrow, awaiting his opponent in the final. 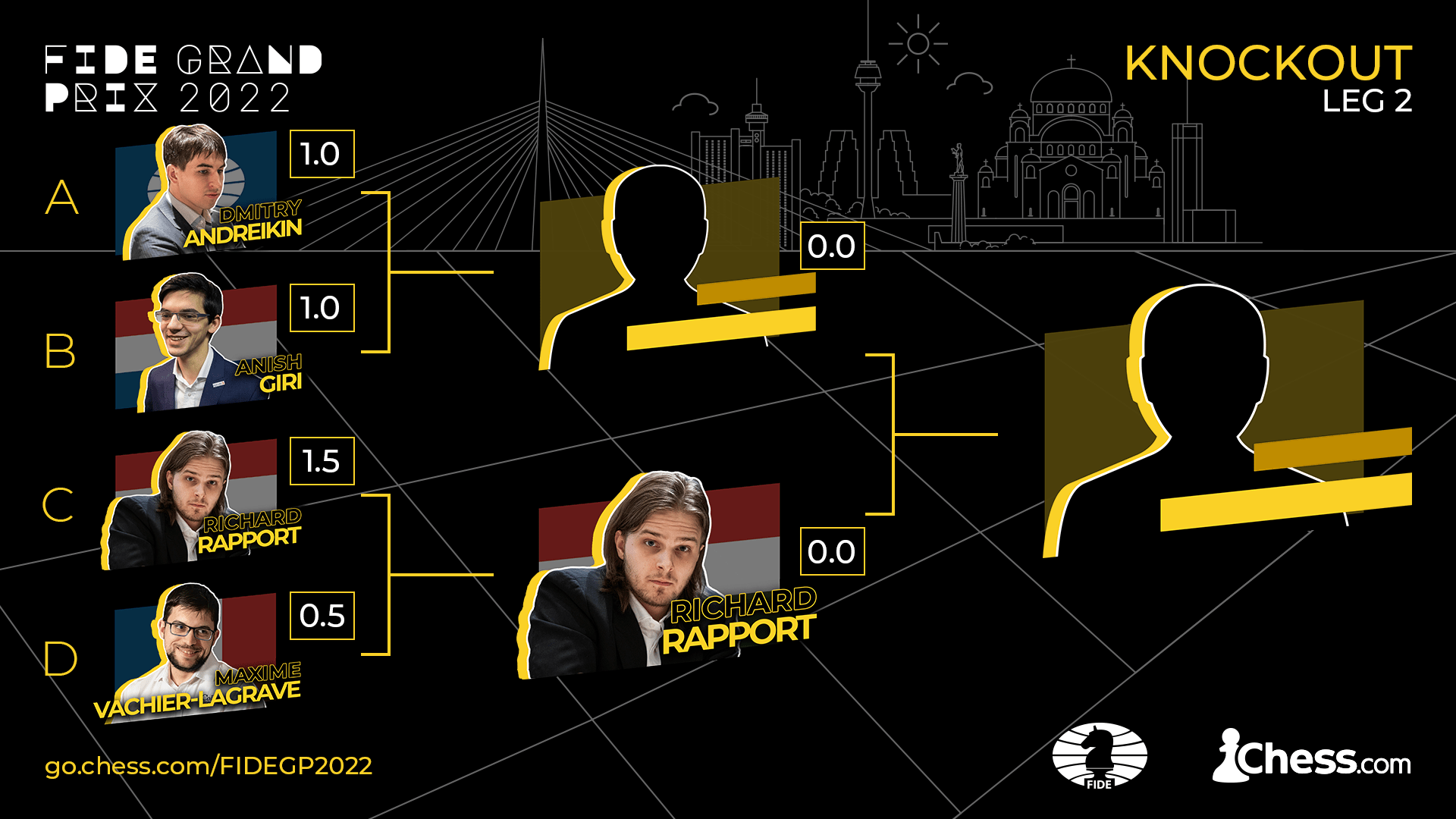