Breanna Stewart, Diana Taurasi, Lisa Leslie and Cheryl Miller are some of the names that come to mind when talking about the best female basketball players of all time.

Lusia Harris belongs in that conversation, too. Thanks to the documentary, “The Queen of Basketball” — and some promotion from Shaquille O’Neal and Stephen Curry — she soon will be.

Harris is one of the pioneers of women’s basketball. As the only Black player on the Delta State University team, she led them to three consecutive Association for Intercollegiate Athletics for Women National Championships from 1975-77.

In 1976, women’s basketball was an Olympic sport for the first time and Harris played for the USA team. Not only was she the first woman to score a basket in the Olympics, she also led USA to the silver medal.

In 1977, she became the only woman ever officially drafted by the NBA when the New Orleans Jazz selected her in the seventh round.

Ben Proudfoot, who directed “The Queen of Basketball” — which was nominated for an Academy Award — is doing his part to turn Lusia Harris into a household name.

“A lot of people hadn’t heard of her,” Proudfoot said. “There were a lot of raised eyebrows and wide eyes hearing Lusia’s story. Her list of accomplishments is pretty amazing so it begs to question, ‘why haven’t we heard this story before?’ Which is the question I have. I don’t have a definitive answer. In large part because she stopped playing but also because she’s an African American woman from the Mississippi Delta. The hope of this film is to help close this gap for Mrs. Harris so every American knows her name.”

In the documentary, Harris comes off as lighthearted and soft spoken. She has a giggle that makes viewers smile and seems gentle. On the court, the 6-foot-3 post player was the exact opposite.

“She was the fiercest competitor of the 21st century,” Proudfoot said. “She was bigger and stronger than everyone else. If she shot the ball, it went in the net. This was the early 1970s, before the 3-point line. Get the ball to her in the paint and she would drain it. They walked the ball up the court and had a system. Pass back and forth, give it to Lucy and the ball more times than not would end up in the net.”

That formula helped Delta State go 109-6 while Harris was there as she was a three-time All-American who scored 2,981 points and grabbed 1,662 rebounds. She was the tournament MVP on all three championship-winning teams and averaged 25.9 points and 14.5 rebounds per game in college. 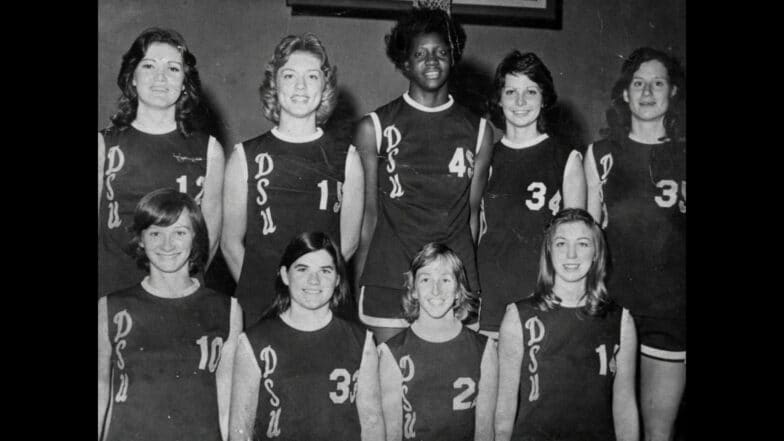 “Delta State only started accepting Black students around 1967,” Proudfoot said. “The political powers in that area, many of whose names are still on buildings on that campus fought tooth and nail to keep the university segregated. That’s why Lusia was the only Black player on the team. At that time it was a slow trickle in African Americans who were enrolling at Delta State. Today it’s the most diverse campus in Mississippi. At present, nothing is named for Lucy on that campus. We are working to get that fixed.”

Harris was so dominant in college, that she caught the attention of NBA franchises. Although she turned down the offer from the Jazz, the fact that they seriously wanted her is incredibly impressive.

“If this were to happen today, that much of a national star and that much of a dominant player, she would be surrounded by agents and managers and PR people and strategists,” Proudfoot said. “They all would have been working to build a business around her. The phone call from the NBA wouldn’t have went to Lucy, it would have went to a team of people who were in charge of managing her incredibly promising career.”

“Part of her not going to the NBA is she wanted to keep competing against women,” Stewart said. “If she had her own lane to compete in or how people play abroad she would have did that. She wanted to play against women.”

Harris had four highly successful children and a solid career as a teacher and a coach before passing away unexpectedly on Jan. 18 at 66. 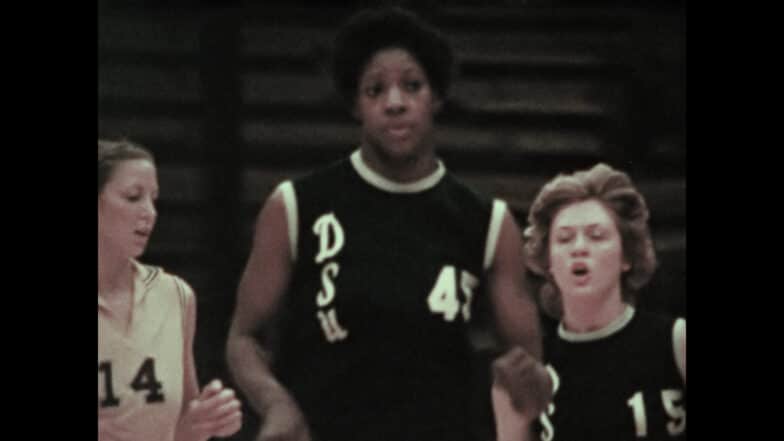 Stewart is happy that his mom is finally getting her flowers.

“Better late than never,” Stewart said. “Her story is like so many extraordinary Black women especially in America who end up trail blazing and doing amazing things. They effectively get written out of history unfortunately. As far as getting the notoriety and getting the financial benefits of that — unfortunately, it just came later.”

O’Neal is an executive producer for “The Queen of Basketball” who saw the documentary and has been helping with marketing. He has helped the family out since Harris’ passing and gifted an amount for funeral cost. Robin Roberts also donated to the funeral and now Curry is on board as far as helping to tell Harris’ story.

“Shaq heard the story, saw the film and exploded with ideas in support of the film,” Proudfoot said. “He was like, ‘What can I do, this is an amazing story.’ He talked about his own mom and wanted to reach out and lift Lucy up. Shaq is a global celebrity with a huge platform and he is using it for something he cares about. Millions of people found out about Lucy Harris thanks to him.”