With GM Dmitry Andreikin’s surprising ousting of GM Anish Giri in yesterday’s rapid play tiebreaker, a final against Hungarian GM Richard Rapport was set in place at the 2022 FIDE Grand Prix in Belgrade. Rapport had, of course, previously eliminated GM Maxime Vachier-Lagrave in two games by winning the first game and drawing the second.

In the first game of the match, neither side seemed eager to rock the boat too hard. After a solid opening by both players, the draw never seemed off the horizon and was the outcome after thirty-seven moves.

As discussed in the earlier reports, Andreikin has previously demonstrated his ability and strength in tournaments with a knock-out format, eg, the 2013 World Cup. Richard Rapport is a relative newcomer to the upper echelon of grandmasters but now seems to have his feet firmly planted up there.

Prior to this match, Andreikin had faced Rapport on four occasions, but only once with a classical time control with a draw as the outcome, the other three being one rapid game (Andreikin won) and two blitz games (one win to Rapport and a draw in the other).

Like in their only other classical encounter, Andreikin opted for 1.e4 and Rapport then replied with 1…e5 and 2…Nf6, the Petroff, as in his game against GM Alexey Shirov in the pool play This was a deviation from that prior game, where the players went for a Three Knights Game.

Rather than discussing some main line, Andreikin opted for the Four Knights, using a line he had played on a couple of previous occasions, most notably against GM Maxim Matlakov in the Superfinal of the 2021 Russian Championship. Nevertheless, the chosen line is very drawish as a lot of pieces get exchanged right from the get-go.

With his 17th move, Rapport steered the game away from Andreikin’s earlier experiences with this line, and then with Andreikin’s 19th move, the players departed previously trodden paths. However, the game never really got exciting despite Andreikin carefully but consistently trying to pour gasoline on the dying embers of the game.

In the end, the game concluded with a repetition of moves in the rook endgame. 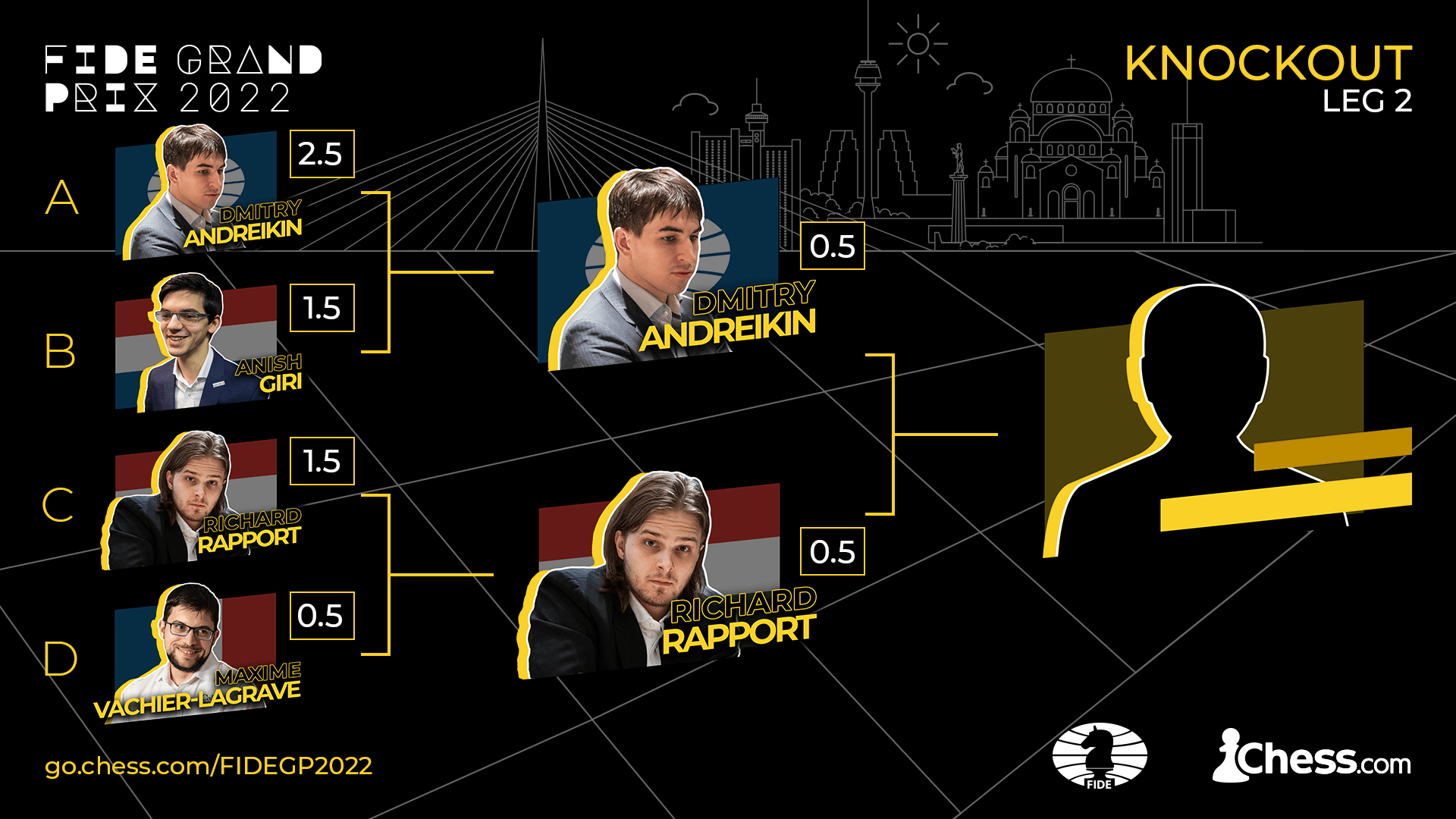