Both the teams would be eager to start with a win in the tournament.

The Oman T10 League will start on Saturday and Amerat Royals and Khuwair Warriors will be featuring in the first game. Both the teams also played the last edition of the Oman T20 League. The Royals won three out of the seven games in the T20 tournament and missed a place in the knockouts after finishing in the fifth position. The Warriors also won three games and finished in sixth position. Both the teams would be eager to start with a win and display a great batting show.

The batters will get a lot of support from the pitch, and we are in for a show. Bowlers should be unpredictable when choosing their bowling line and length.

Zeeshan Siddic has played five T20Is for Oman and has managed to score 60 runs. He has also featured in 20 T20 games and has made 443 runs at an average of 24.61 and a strike rate of 113.30. In the Oman D20 tournament last season, he made 191 runs in seven matches including one half-century. 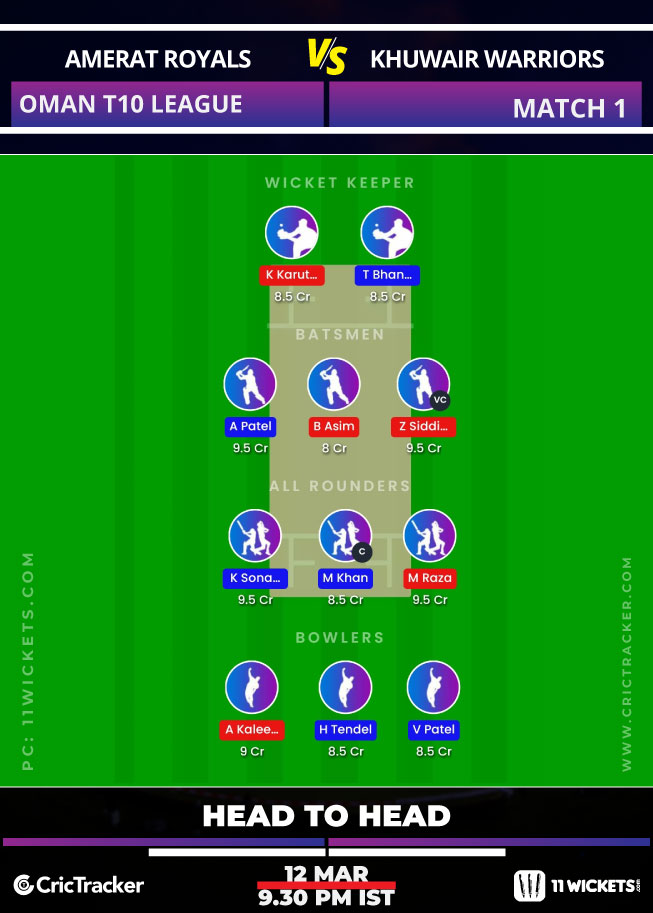 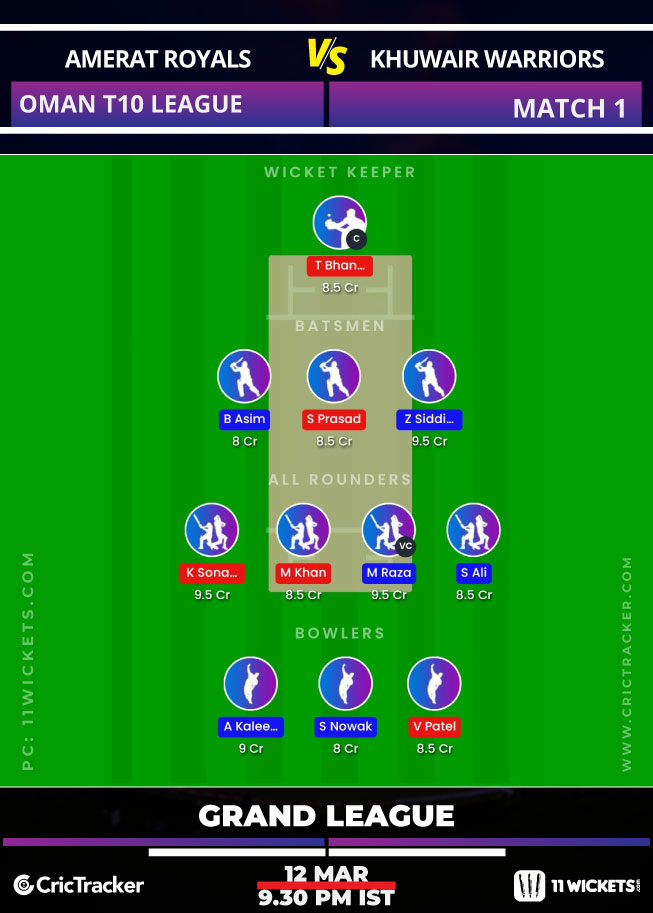