If everything falls into place, Showtime would air Jermell Charlo-Brian Castano on May 14th and Jermall Charlo-Jaime Munguia on June 18th. That’s both Charlos in very interesting fights, neither on PPV, within a 5-week span.

If everything falls into place, Showtime would air Jermell Charlo-Brian Castano on May 14th and Jermall Charlo-Jaime Munguia on June 18th. That’s both Charlos in very interesting fights, neither on PPV, within a 5-week span.

Jermall Charlo currently holds the WBC Middleweight Championship and won a wide unanimous decision in his last bout against Juan Macias Montiel back in June 2021. The ‘Hit Man’ is still undefeated and possesses a record of 32 wins and 22 knockouts.

Charlo was also mentioned as a potential next opponent for Canelo Alvarez before the pound-for-pound king signed a contract with DAZN to face Dmitry Bivol.

As for Munguia, the Mexican boasts an undefeated record of 39 wins and 31 knockouts. He recently stopped D’Mitrius Ballard in the third round to retain his WBO Inter-Continental Middleweight Title.

With high-profile victories over the likes of Sergiy Dereveyanchenko, Matvey Korobov and Austin Trout, Jermall Charlo is likely to be the favorite.

The ‘Hit Man’ is a big middleweight at 6 foot tall, has punching power in both hands and sleek boxing skills. Dereveyanchenko gave Gennadiy Golovkin a tough fight in 2019, yet Charlo was able to defeat the Ukrainian in more convincing fashion.

On the other hand, Munguia has beaten his fair share of good opponents in Liam Smith, Gary O’Sullivan and Gabriel Rosado. Despite moving up from light middleweight, Munguia has maintained his punching power and has scored four stoppages out of his last five fights.

Interestingly, Charlo and Munguia have fought a mutual opponent in Dennis Hogan.

Charlo dominated and stopped the Irishman in seven rounds, which included two knockdowns. Munguia, by contrast, won the majority decision in a less convincing performance. 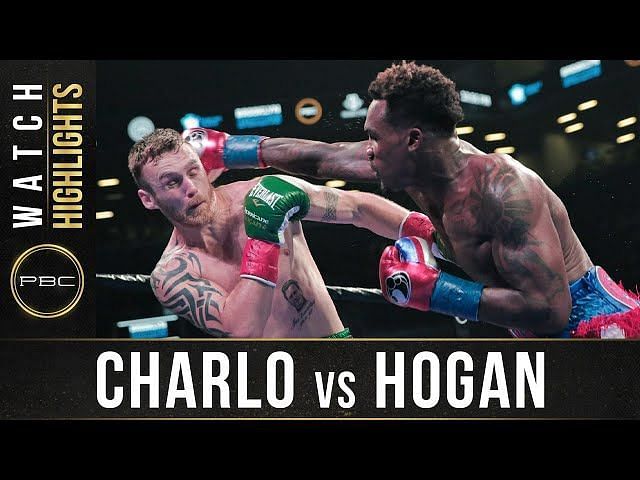 At the age of 25, the Mexican is six years younger than the ‘Hit Man’ and has less experience with high-profile fights. More than half of his wins have come from competing in Mexico and he has yet to have a truly standout victory.

Regardless, a victory for Munguia would result in an outstanding name on his resume. Likewise, a win for Charlo would further improve his stock and make a future fight with Canelo Alvarez more likely.