Born January 14, 1919 in Pottsville, she was the daughter of the late Walter S. and Gertrude Brower.

She was a graduate of Pottsville High School and the former Empire Beauty School, Pottsville. She was a member of Bethany Fellowship Church, Cressona.

Betty worked as a clerical assistant at Bob Miller Cheverolet and also at the former Pottsville Club.

In addition to her parents, she was preceded in death by her husband the late Howard Leroy Gerber (January 10, 2009), daughters Barbara Catherine Gerber (May 22, 2005) and Dawn Gerber (December 29, 1950). She was the last member of the immediate family.

Betty is survived by daughters Sandra Walters, wife of George, Pottsville and Donna Gerber, Hueston TX; grandchildren Christopher and Steven Walters, both of Pottsville; and several nieces and nephews.

Services and interment will be private and at the convenience of the family. Schlitzer Allen Pugh Funeral Home 515 West Market Street Pottsville has been entrusted with arrangements. Please visit schlitzerallenpugh.com to leave a condolence for Betty’s family.

91, of Frackville passed away Wednesday evening at his residence with his wife Alice by his side.

Born in Kulpmont, March 29, 1930, he was a son of the late Lazlo and Mary Foti Lazar. He was a graduate of West Mahanoy Township High School.

He was a member of St. Clare of Assisi Catholic Church, St. Clair.

He was a past Grand Knight and Recording Secretary of the Rev. James A Hogan, Knights of Columbus Council, 2580 Frackville

Elmer retired after 44 years of service as a Route Salesman for Coca Cola, Palmerton.

He was preceded in death by a son Albert Lazar.

A Mass of Christian Burial will be celebrated at 11:00 am Monday at St. Clare of Assisi Catholic Church, St. Clair with Msgr. William Glosser as celebrant. Relatives and friends are invited to a visitation from 10:00 am till time of Mass Monday morning at the Church. Interment will be in St. Michael’s Ukrainian Cemetery, Englewood/Frackville.

Born in Shenandoah on January 29, 1948, he was the son of the late Clarence Jones and Alice Hopkins.

David was a 1966 graduate of the former Shenandoah Catholic HS After high school, he served in the Vietnam War as a member of the United States Army. He then worked at Rest Haven Nursing Home and drove for an armored truck service. After his career, he worked and enjoyed his time with Meals on Wheels. He enjoyed target shooting, billiards, his family, and friends, lending a helping hand at the AP Damato American Legion, and was a die-hard Eagles fan.

Besides his parents, he is preceded by siblings Joanne “Blondie” Jones, Jeanne Houser, and Elizabeth “Betty” Richards.

Graveside services will be held on Thursday, March 17th at 10:30am in the Annunciation BVM Parish Cemetery, Shenandoah Heights with Deacon Jack Quirk officiating.

Oravitz Home for Funerals Inc. of Shenandoah are entrusted with the arrangements.

She was born June 12, 1924 in Wilkes-Barre, a daughter of the late Albert and Anna Swick Polen

Mary was of Catholic faith.

Service of Remembrance will be held Wednesday at 11AM from the James E. Humphrey Funeral Home, Pottsville, with Deacon Larry Lonergan officiating. Family and friends are invited to a visitation from 10AM until the time of services Wednesday at the funeral home. Interment will be private.

Born in Savannah, Georgia, he was the son of the late Roscoe and Marilene (Lewis) Brinson. He was a 20-year US Air Force veteran, retired with the rank of Master Sergeant. He actively served in Vietnam and Operation Desert Shield. Thomas was kind and generous person who was always mindful of others. He found pleasure in going to thrift stores and yard sales.

Arrangements are being handled by the Hartman Funeral Home, 1791 West Penn Pike, Rte. 309, New Ringgold. Online condolences may be made at www.hartmanfuneralhomeinc.com. 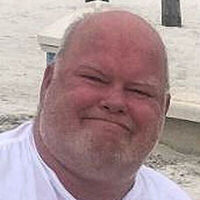 Arrangements will be announced.