Danish Qureshi is a good captaincy pick for this game.

Deccan Gladiators and Ajman Heroes are all set to lock horns against each other in Match 1 of the Ajman T20 Cup on Sunday. These matches will be hosted by Malek Cricket Stadium and it will compromise the UAE domestic players and many of those who had participated in the Abu Dhabi T10 league. Deccan Gladiators led by Adeel Malik are a powerhouse in the domestic arena and have a dynamic squad. Ajman Heroes, on the other hand, are the home team and will be captained by Adnan Ul Mulk Nawab. So both these teams have plenty of firepowers and this promises to be a thrilling match.

There have not been many matches played here but the pitch looks a good track for batting and spinners might have a role in the middle overs. Both teams will prefer chasing.

Laxman Manjrekar is a stylish left-hander who bats in the top order and has a good record in this format. He has scored 202 runs in 18 T10 matches at an average of 20 and a strike rate of 175.

Danish Qureshi is an experienced all-rounder who has scored 27 runs in 15 T10 matches at a strike rate of 192 and has picked up 13 wickets at an average of 20. 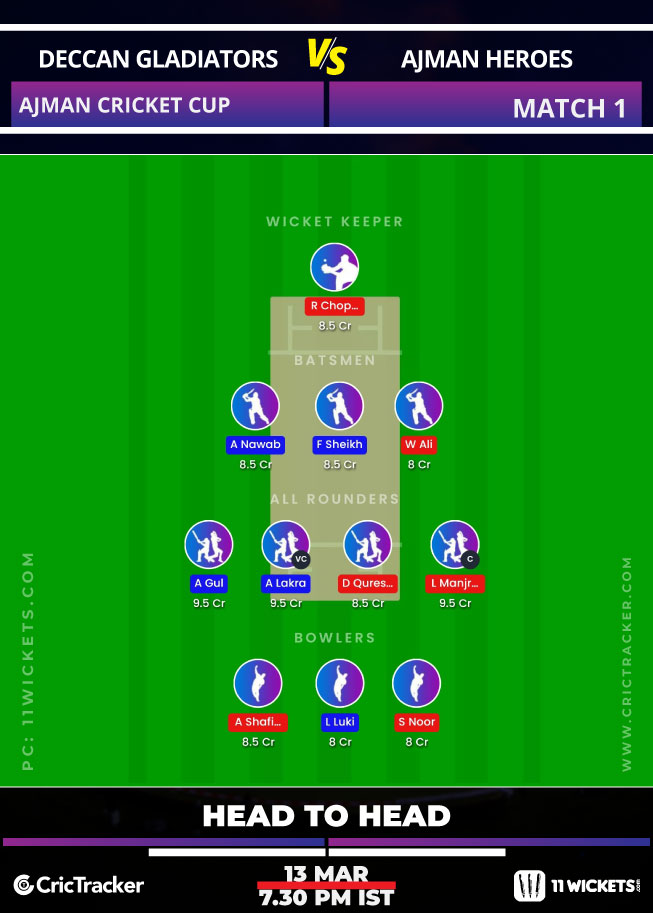 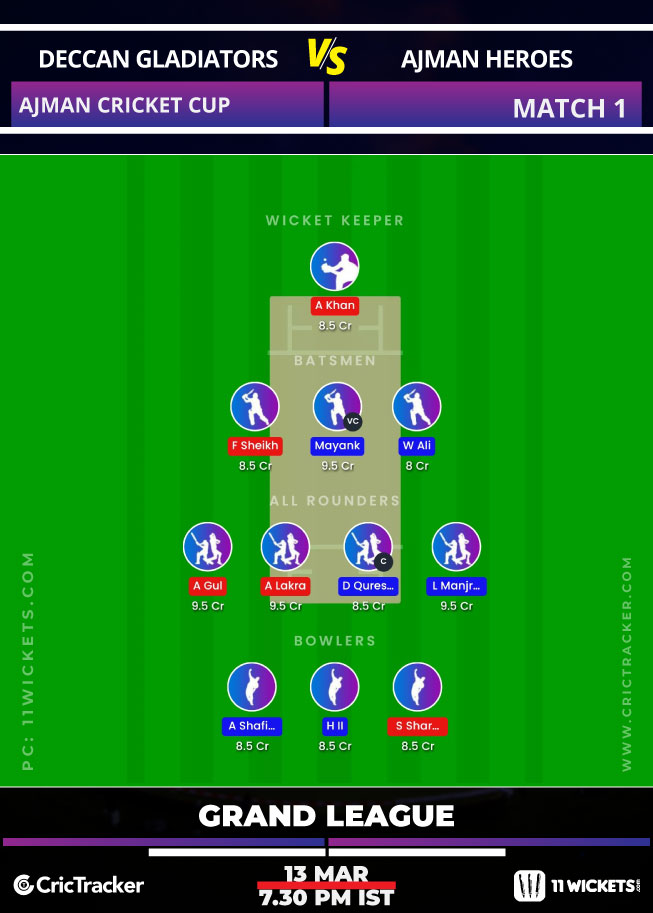