As far as underdog stories are concerned, the extraordinary tale of Steve Robinson is one of the greatest boxing yarns ever.

The incredible story of how boxer Steve Robinson was given just two days to prepare for a fight for the vacant WBO Featherweight title and became Wales’ first world champion since Howard Winstone and the first black Welsh world champion to win a world title, has now passed into the annals of legend.

Born in Ely in Cardiff, Robinson was stacking shelves in a department store when, in April 1993, reigning World Champion Ruben Palacios was stripped of his title just three days before defending it against John Davison in Newcastle.

With a race against time to find a new opponent for Davison, and all other options unsuccessful, Steve Robinson got the call that would change his life, albeit with unfortunate timing.

“I was at my mother-in-law’s and I had finished pie and chips and a round of bread,” Steve says of the moment he got the call.

It was not the kind of meal a boxer should have been having two days before the fight of his life. Particularly as he was 8lbs over the weight limit when he received the call and had just 48 hours to make the 9 stone limit.

An intense, gruelling workout commenced involving long runs with layers of clothes, shadowboxing and skipping sessions, plus sweating the weight out next to an electric fire, in order to make the midday Saturday weigh-in.

“I was a bit drained,” he says, as something of an understatement. “Because I’d lost eight pounds in two days.

With the fight confirmed, Robinson was seen by many as just the ‘opponent’ and an underdog, with very few fancying his chances.

As the fight progressed, however, Robinson not only held his own, but improved as the final round drew closer.

“I was at my mother-in-law’s and I had finished pie and chips and a round of bread” – Steve Robinson, on the moment he got the call for the fight that would change his life.

Now the extraordinary sporting underdog tale of the boxer named The Cinderella Man is the subject of Legends Of Welsh Sport to be aired on Monday, 14 March at 8.30pm on BBC Wales.

Steve’s family, including his sister Jackie and brother Paul, also discuss how they had to make ends meet growing up in Ely, and how Steve would get his start in boxing.

It looks set to be every bit as compelling as Robinson’s own story. 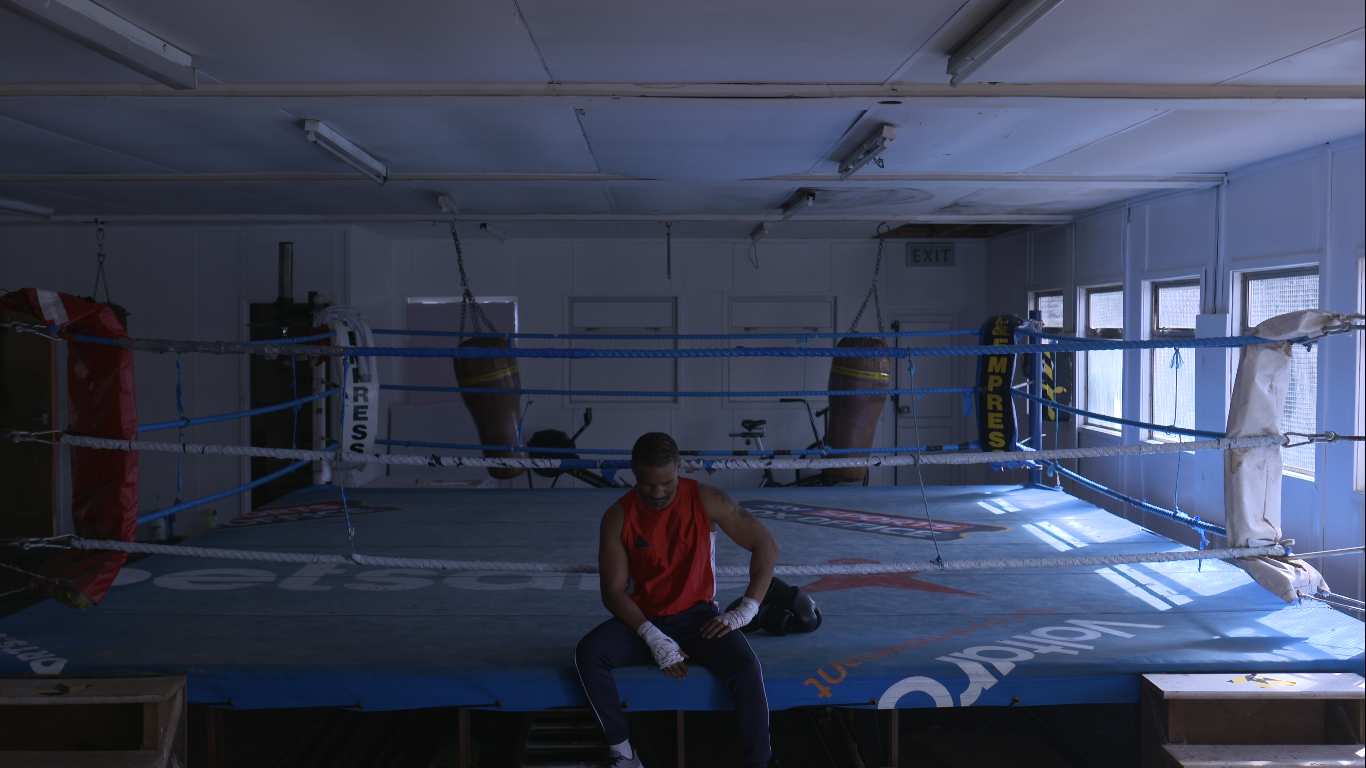