Championships for winter sports have arrived and Pitt is well into the thick of title chasing. Meanwhile, spring sports are picking up steam with the Panthers knee deep into their non-conference schedules. Here’s how teams fared during Pitt’s spring break.

Pitt (8-5, 0-1 ACC) played seven games in North Carolina last week and went 3-3. The Panthers started the week by winning two out of three games at the All-American Classic in Fayetteville. After Pitt blew a 3-0 lead against Army on March 4, it bounced back the next day against Ohio State. Junior infielder Brock Franks capped off a back-and-forth game with a walk-off home run to beat the buckeyes, 6-5. The Panthers clinched the best record at the Classic with an 11-5 drubbing or Campbell on March 6.

The Panthers then traveled to take on High Point University, and overcame a 3-0 deficit to defeat their opponents 15-5 on the backs of five home runs† Pitt ended his road trip with a visit to No. 15 UNC, who swept the Panthers in their first conference matchup. they lost the first game 7-4and the second 4-3 after blowing a 3-0 lead. They finished the series losing 9-2†

Next, the Panthers will play their home opener Tuesday against Bucknell. ACC Network Extra will stream the game at 3 pm

Pitt (11-19, 2-16 ACC) lost in the first round of the ACC Tournament in Greensboro, North Carolina to Duke, 53-50, despite leading by as much as 16 points. The Blue Devils mounted a second-half comeback and clinched the victory when sophomore guard Destiny Strother missed a potential game-tying three at the buzzer.

The Panthers (10-10, 4-3 EAGL) hosted No. 24 Towson (13-6, 6-2 EAGL) for their last conference meet of the season on March 6. Pitt couldn’t pull out the victory, as the Tigers earned a 196,100 total score, just edging out Pitt’s 195,875. Towson won the vault and the bars, while Pitt won the beam and the floor routine. First-years Sidney Washington and Hallie Copperwheat were the only all-arounders in the meet, and Washington beat her teammate with a 39,475 total score.

The Panthers will compete Saturday at the EAGL Championships in Washington.

The upstart Panthers kicked off their week with a double-overtime defeat at the hands of Virginia Tech on March 5. After scoring seven goals in the first period, Pitt could only muster four more goals in the next five periods, while the Hokies scored 10 in that timeframe. Graduate student attacker Paige Petty scored five goals, and fellow graduate student attacker Madisyn Kittell had a pair of goals.

Pitt then traveled on March 10 to face off against Duke. The Panthers hung around with the No. 7 Blue Devils, who eventually won 15-14† Sophomore attacker Kate Elam scored a game-high four goals for Pitt.

The Panthers then hosted Binghamton on Sunday and defeated the Bearcats 17-11† Petty scored five times and senior attacker Kierin Ratliff-Kailbourne added two goals of her own.

Pitt will travel to Charlottesville, Virginia, for its next game against UVA on Friday at 5 pm

softball
Pitt softball (11-7, 1-2 ACC) traveled to Tallahassee, Florida, to kick off its conference schedule with a series against No. 3 Florida State. The Panthers stole a game from the Seminoles on March 6, win 7-5. Redshirt first-year Dani Drogemuller twirled a complete game, and sophomore Cami Compson went two for three with a home run. But FSU won the first two games of the series 0-3 and 0-10†

The Panthers then traveled to Nashville, Tennessee, for the Lady Bison Classic against Bowling Green and Houston Baptist. They won two of the three games in the Music City, which started with a walk-off win against the Falcons and a shutout victory against the Huskies. But Pitt couldn’t sweep the Classic, as a Saturday rematch with Bowling Green ended with an 8-5 loss†

Up next, Pitt will face off against Penn State in their Wednesday home opener. ACC Network will broadcast the game at 5 pm

Pitt diverse competed in the Zone A Championships last week, and three punched their tickets to the NCAA championships.

On the women’s side, senior Amy Read placed third in the women’s platform, which helped her qualify for all three diving events. She is the only diver in program history to qualify for the national championships four times.

Of those six, Matthews (141 lbs), Wentzel (165) and Bonaccorsi (197) all won gold in their weight classes. Phillippi (133) made it to the finals of his weight class, but had to settle for silver as Virginia Tech graduate student Korbin Myers defeated him 4-2. As a team, the Panthers finished third with 51 points. no. 4 NC State won the championship with 98.5 points.

To finish off the season, the six Pitt qualifiers will travel to Detroit for the NCAA championships from Thursday to Saturday. 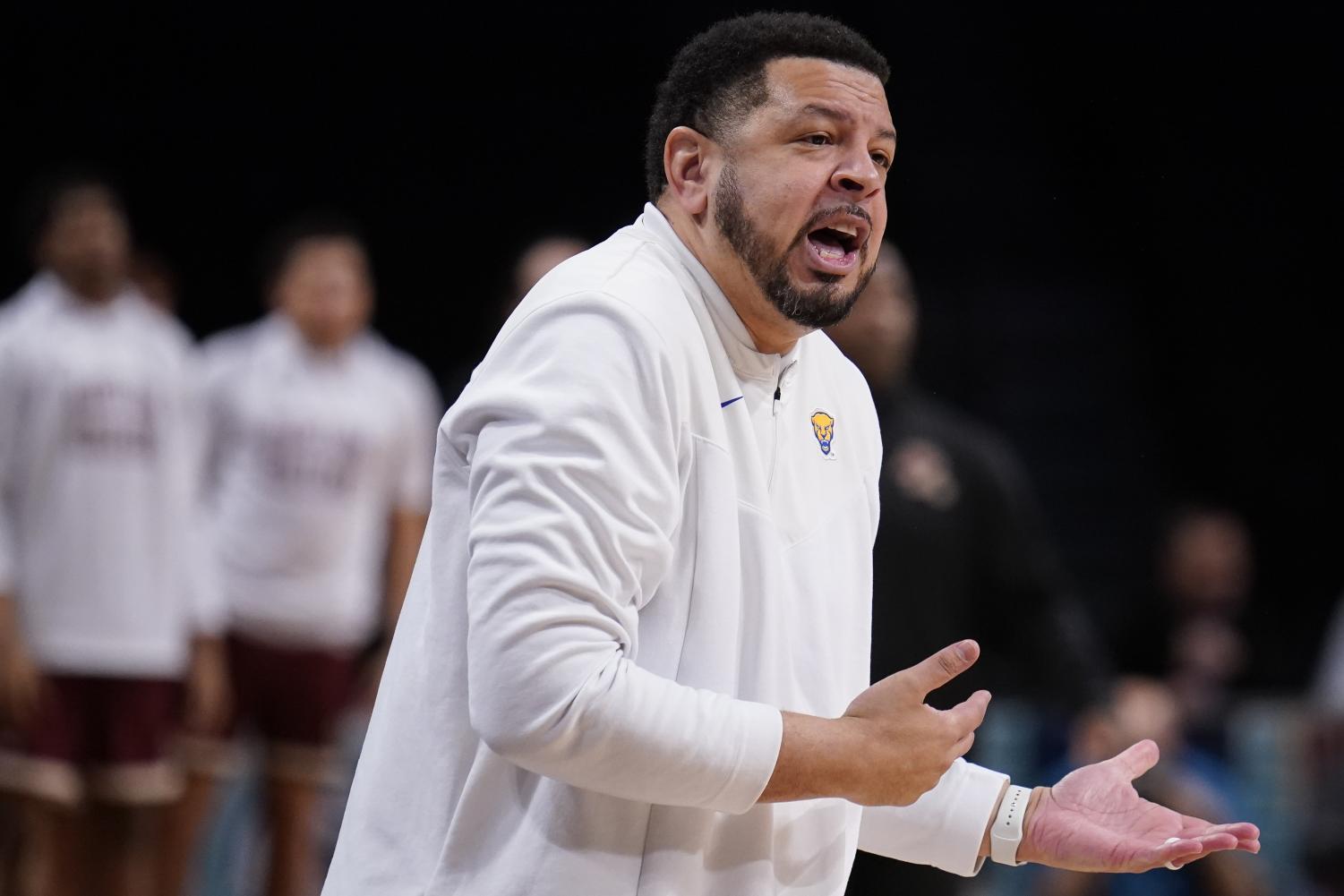 Pitt bounced by Boston College in ACC Tournament’s first round, 66-46