Britain struck straight away at the Cheltenham Festival as the hugely impressive Constitution Hill ran away with the opening Sky Bet Supreme Novices’ Hurdle for trainer Nicky Henderson and jockey Nico de Boinville.

He smashed the track record and won in such devastating style that he had owner Michael Buckley contemplating a bid to match Dawn Run’s unique double of victories in the Champion Hurdle and Cheltenham Gold Cup.

The home team had been routed by Ireland, 23 winners to five, over the four days of the meeting last year.

But Henderson provided two of those British successes and struck again 12 months on as Constitution Hill maintained his unbeaten record over hurdles.

Keen-going Irish raider Dysart Dynamo made the running and was still in front when he fell three out. 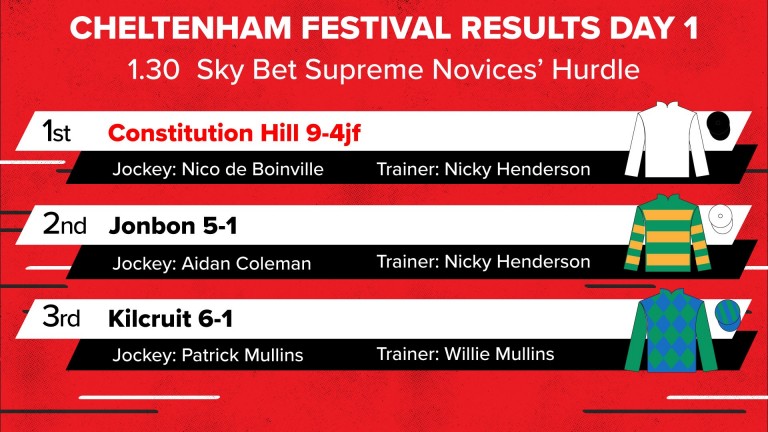 That left Henderson’s Jonbon in front but he was headed at the next by his stablemate, who powered home for a most decisive success.

The style of his win impressed his trainer, who said: “He must be an extraordinary animal. This is a very, very good horse. Jonbon is a very good horse and for him to do that to him is remarkable.

“He’s got an enormous turn of foot, he’s always just racing two gears below everybody else because it’s all so easy for him.”

De Boinville added: “It was staggering really. He did it like a piece of work. I was so happy going to the last. He’s got such an amazing engine. He could be anything. He’s got so much scope.”

The 9-4 joint favorite won by an official 22 lengths from Jonbon, with Kilcruit another two and a half lengths back in third.

He smashed the course record, formerly held by Annie Power, with a winning time of 3min 44.35sec, which was 4.65sec quicker than Racing Post standard.

Constitution Hill earned a quote of just 3-1 for next year’s Champion Hurdle from Paddy Power.

Dawn Run won the Champion in 1984 and returned to take the Gold Cup two years later, a double that no other horse has achieved.

‘Why not win the Champion Hurdle and the Gold Cup?’

But when asked about future options for his superstar, Buckley admitted that could be a target.

“He’s obviously a hugely talented horse,” the owner said. “He’s only five so he’s very young. So why not win the Champion Hurdle and then one day win the Gold Cup? That’s the sort of double that not many horses do.

“He’ll stay more than many horses because he’s so relaxed. He’s unfazed by things, he just lobs along off the bride, and he only grabs it when there’s a reason to when it gets a bit more serious.

“It’s completely thrilling because he may be a horse that’s got that little bit of extra, whatever it is. I just pray he stays in one piece.”

The Gary Moore-trained Shallwehaveonemore was fatally injured in a fall at the final flight.

Constitutional Hill’s time of 3m 44.35s was 4.65s faster than Racing Post Standard, suggesting the ground is good. It seems an exceptional time and it will be interesting to see how the Champion Hurdle stacks up later.

Cheltenham Festival tips: one key runner from each ITV race on Tuesday

Who has Gordon Elliott included in a mammoth Super Heinz bet for charity? 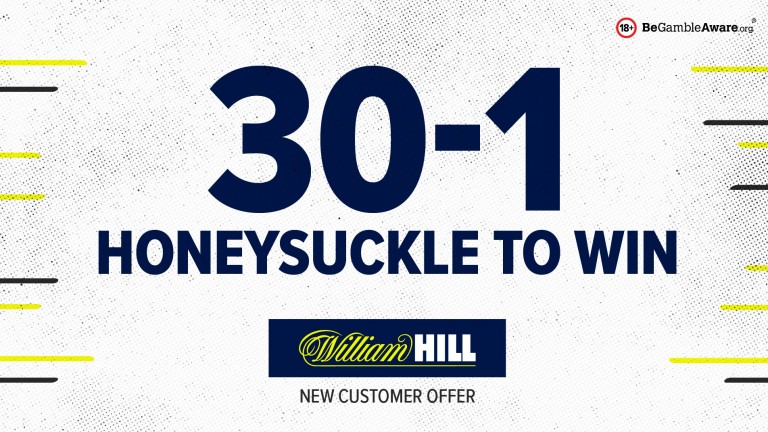