As the eight-day event will take place under the shadow of a war that is affecting millions, including many members of the chess community, Play Magnus Group has decided to use it to raise money for UNICEF’s life-saving support for children and their families .

Viewers will be able to donate here.

Andreas Thome, CEO Play Magnus Group, said: “As a global organization serving millions of chess fans around the world, we are humbled to be in a position to organize our upcoming tournament, the Charity Cup, as a fundraiser for UNICEF to support their vital humanitarian activities in and around Ukraine.” 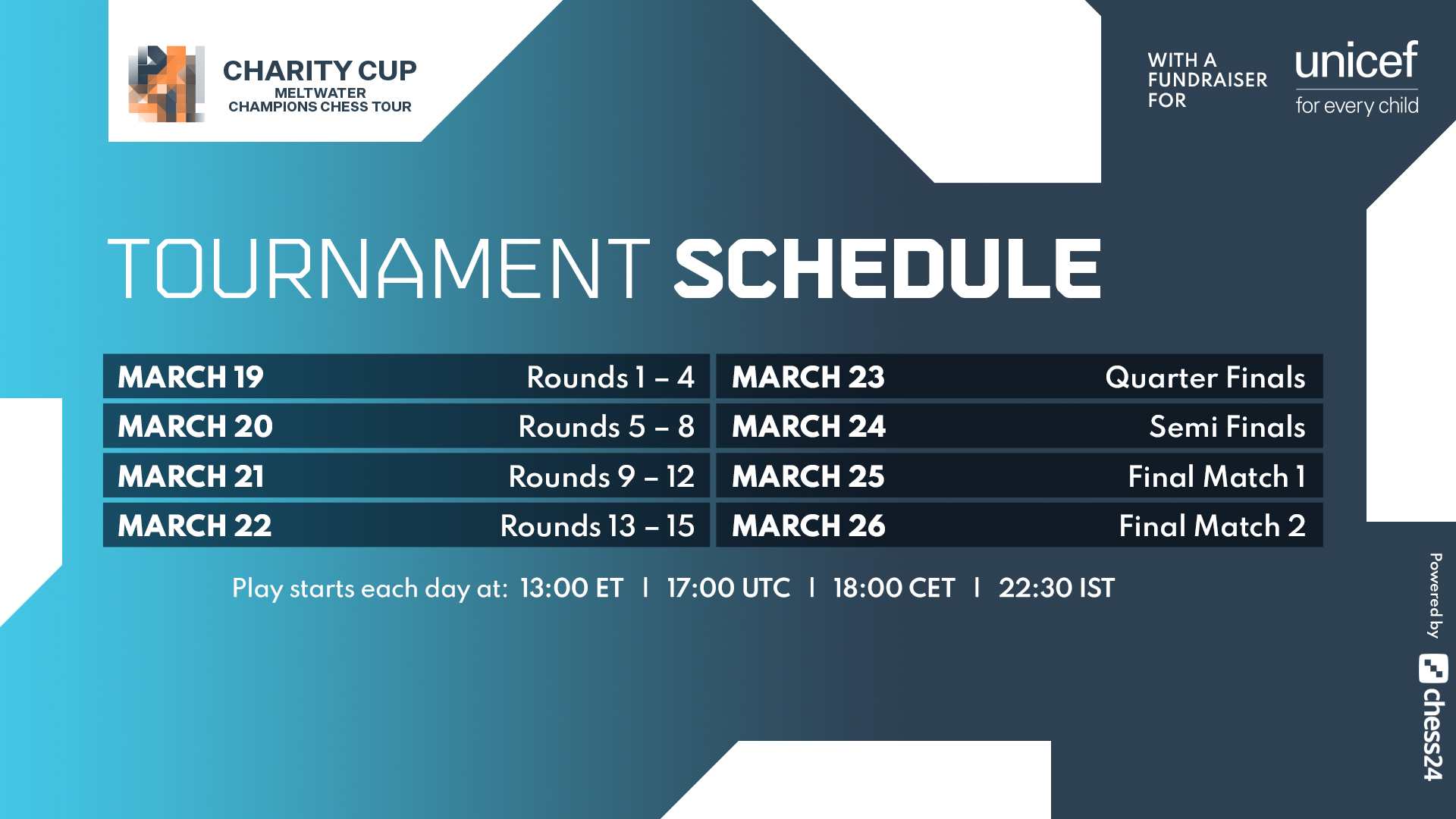 However, for the first time in the Meltwater Champions Chess Tour there will be no Russian players. Play Magnus Group believes that sports, and chess in particular, can play a significant role in offering unity by bringing people to the table, physically, virtually, and metaphorically.

Still, based on the situation in Ukraine, after careful consideration the Tour has decided not to include any Russian players for the tournament starting on March 19. 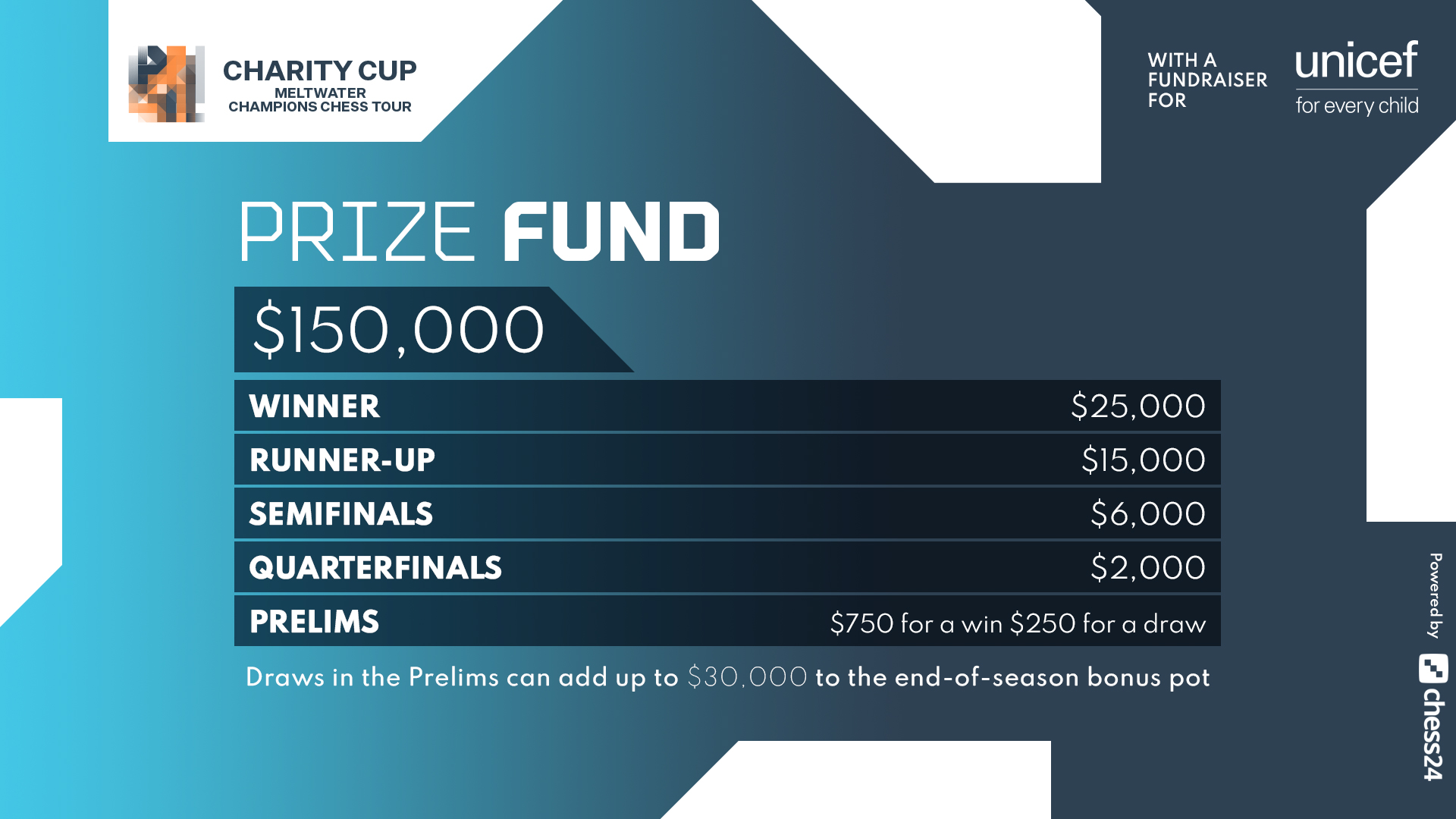 Magnus Carlsenthe reigning World Champion, 2021 Tour Champion and winner of the first event of the 2022 Tour, will return along with a total of six national number 1s. 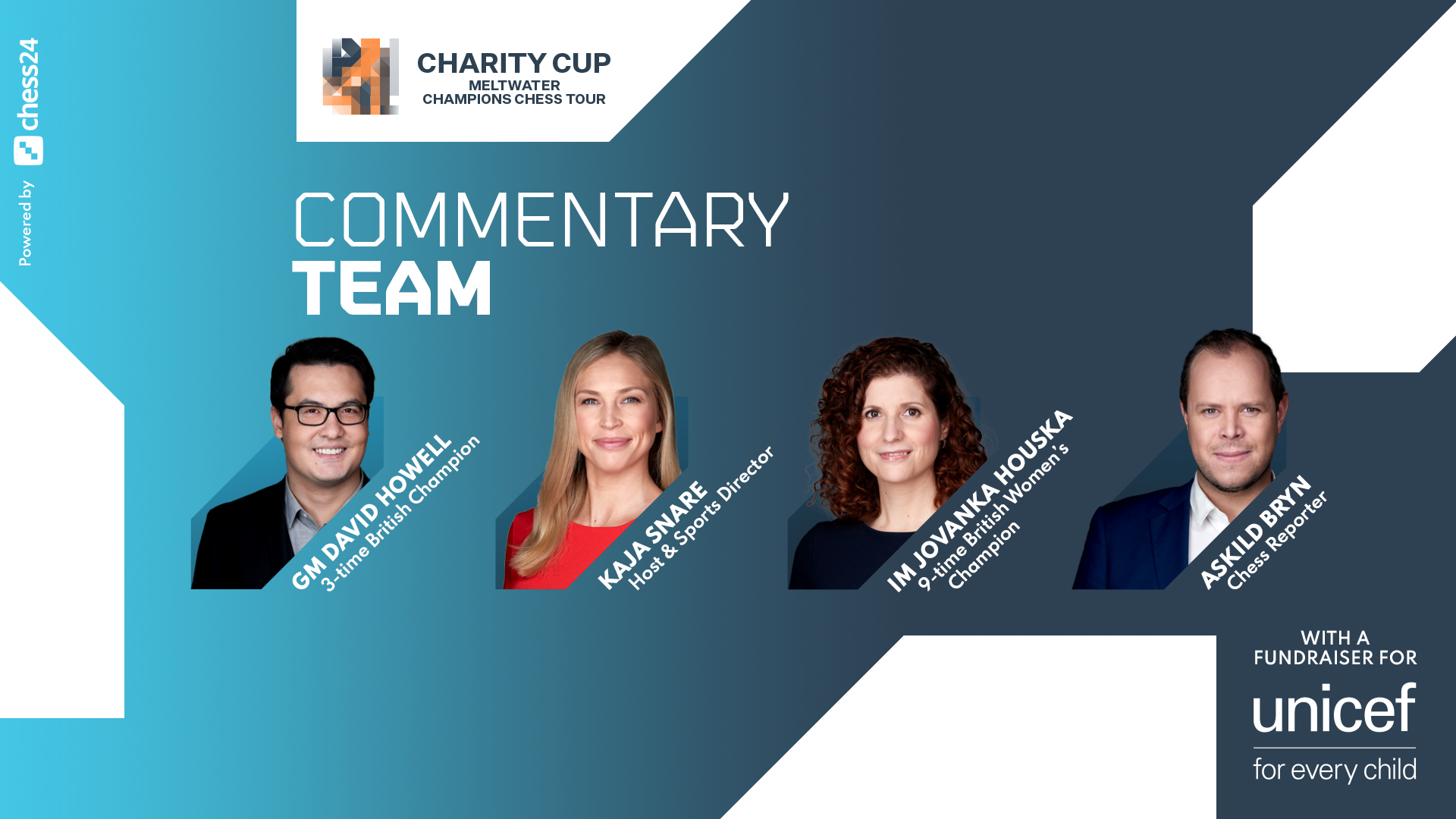 The fascinating line-up also features Tour debutant and Hungary’s top star Richard Reportthe winner of the recent FIDE Grand Prix and a player chess fans have been calling for.

As normal, the preliminary stage will be a round-robin event with $750 available to win for every game played, followed by a knock-out event for the top 8 players.

Coverage will be provided by chess24 and available on Play Magnus Group channels and in several languages. In Norway, the event will be broadcast live on TV 2.