Scotland provide four players, including the top-scoring player in Round 4, Stuart Hogg, who picked up a mammoth 115.5 points from their 33-22 victory against Italy.

Hogg scored a try, assisted another and gained 211 meters at the Stadio Olimpico and he is joined in the backs by center Chris Harris, who crossed the whitewash twice in earning 88.3 points.

Scrum-half Ali Price had a successful day in what was his 50th cap, as he picked up 87.9 points in a game where he assisted a try and made 67 passes.

The other Scot to complete the quartet was loosehead prop Pierre Schoeman, who took 35.6 points from the match.

Two Italians forced their way into the Fantasy TOTW off the back of impressive performances in defeat, with winger Monty Ioane beating eight defenders as part of his haul of 76.8 points.

Ioane is joined by back rower Toa Halafihi, who picked up 57.9 points after gaining 127 meters from his 14 carries.

Ireland winger James Lowe was the only player other than Hogg to score three figures in Round 4, as he piled up 109.1 points from his side’s 32-15 victory over England.

Lowe scored the opening try at Twickenham and went on to gain an impressive 209 meters to become one of four Irishmen named in the Fantasy TOTW.

His captain Johnny Sexton was the top-scoring fly-half in Round 4 (51 points), as he kicked 12 points to help Ireland keep their hopes of winning the 2022 Guinness Six Nations alive.

Iain Henderson stepped off the bench for the injured James Ryan after just two minutes of the match and put in an excellent shift in earning 40.5 points, including making eight tackles.

Dan Sheehan takes the honors at hooker after picking up 44.2 points from the 53 minutes that he was on the field.

There are four players from the France team that came within one game of completing the Grand Slam by defeating Wales 13-9 in a close encounter at Cardiff last Friday.

The top scorer from those was flanker Anthony Jelonch, who earned 52.1 points after scoring the only try of the game at the Principality Stadium as well as making 12 tackles. 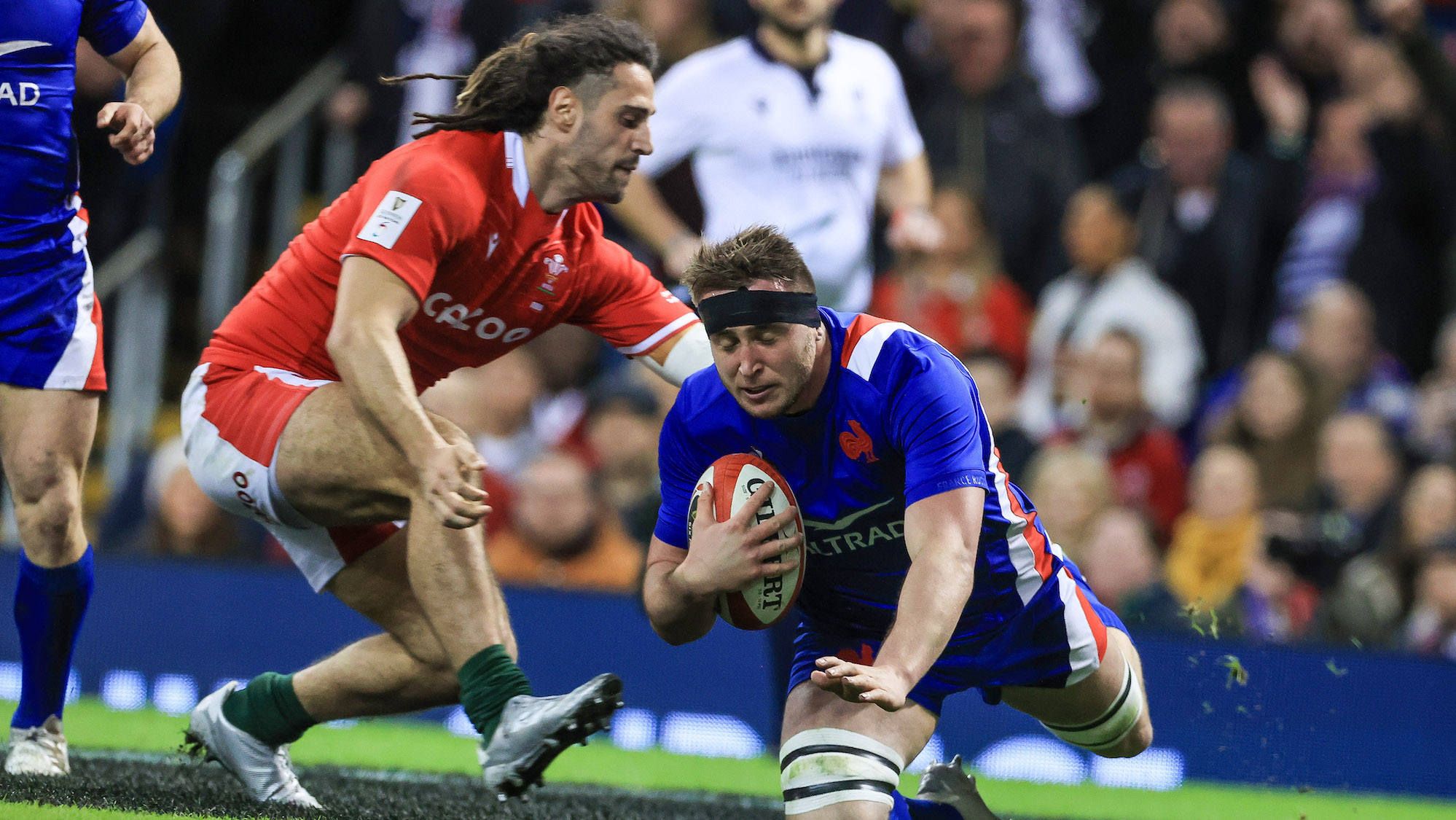 Jonathan Danty continued his fine form from center with 45.5 points as he equalled his teammates efforts in the tackling department.

Cyril Baille is at tighthead after gaining 27.1 points and he is joined in the pack by lock Paul Willemse, who made 13 tackles and won two lineouts as part of his haul of 42.2 points.

Wales No.8 Taulupe Faletau completes the line-up after he continued his storming return from injury by picking up 43.3 points in defeat, gaining 107 metres and producing two off-loads.

Here’s the Fantasy TOTW for Round 4: