BLAC Chyna is set to take on a fitness model in a Celebrity Boxing match after losing her $100million lawsuit to the Kardashians.

The reality star, 34, will take on Instagram fitness model Alysia Magen, it was announced at a heated press conference this week.

It comes after she lost her defamation suit against the reality TV family – and also faces allegations of assault following an incident last week.

During the face-off in Doral, Florida, Alysia took a shot at Chyna, who replied: “That was cute, but I hope you have fast feet.”

Other fights on the card include Cisco Rosado from Love and Hip Hop who will take on Jennifer “JLo” Lopez’s ex husband Ojani Noa.

Creator Damon Feldman said: “You have a lot of egos, excitement and posting that goes on during the face offs.” 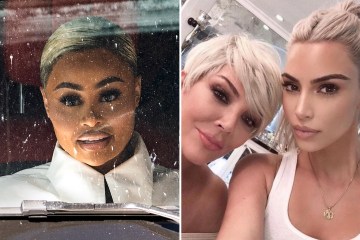 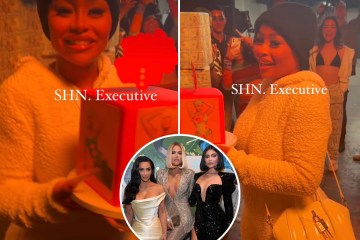 He continued: “Everyone loves a train wreck and a Cinderella moment.

“Like a train wreck, people can’t look away and then equally love to celebrate the win.

Damon added: “People laughed at [Celebrity Boxing] years ago but now we have tons of celebrities lining up to participate because it is good natured entertaining fun and what our critics don’t understand, is that a lot of opportunity can vote from this for the talent.

“Those few minutes in the ring may give celebrities the confidence to move forward in other parts of their life, gain a new gig or an endorsement which may change their life, we are the Dancing with the Stars of sports.”

Most read in Entertainment

The fight will take place on June 11 and Chyna will be fighting to raise funds for animal charities.

It comes after Chyna lost her court battle with the Kardashian family following a 2-week-long trial.

She sued the Hulu stars for defamation and alleged interference with her E! contract in a big time lawsuit.

The jury reached a verdict favoring the Kardashians and dismissed Chyna’s claims that the stars had ruined her reality TV career.

The model claimed that the family plotted to get her E! show, Rob & Chyna, canceled after one season back in 2017.

She starred in the short-lived series with her ex, Rob Kardashian, the father of her 6-year-old daughter, Dream.

However a judge ruled that no damages would be awarded to the socialite.

Despite not having to pay out damages, the jury concluded that the Kardashians had not acted “reasonably and in good faith to protect their own economic interests.”

Following the trial, Chyna allegedly had a physical altercation with a friend at a bar, according to Daily Mail.

Chyna’s alleged victim Sequoya King, who has been friends with the reality star for around a year, was partying with her in the early hours of Friday morning at the time of the alleged assault.

Chyna is reportedly being investigated for battery after the incident.

Chyna would later claim she was “born again” after getting baptized on her birthday.

She shared a video of the Christian rebirth on Instagram.

We pay for your stories!

Do you have a story for The US Sun team?