Sikandar Raza can be a good captaincy choice for this match.

Zimbabwe will host Namibia in the opening match of the T20I series of the Namibia Tour of Zimbabwe 2022, at the Queens Sports Club in Zimbabwe. The two teams are evenly matched, so we can expect a thrilling encounter. Both teams would want to start the opening T20I with a bang. Namibia has a well-balanced team that is full of confidence following their outstanding performance against Uganda. They should be looking to take an early lead in the series.

The wicket at the Queens Sports Club is a well-balanced pitch. The Spinners will get better help from the pitch as the pitch is suited for the spinners. The Team winning the toss should bat first.

(will be added if there is any update)

Tadiwanashe Marumanic will be a key player in the match. he has mustered 106 runs in 5 innings at an average of 21.2

Divan la Cock will be a crucial pick in the match. He has accumulated 161 runs in 5 innings at an average of 32.2.

Sikandar Raza is an experienced and very talented player who can turn the tides of the match at any time with the ball and the bat. He has mustered 129 runs in 5 innings at an average of 25.80. He also has scalped 5 wickets in the last 5 matches.

Gerhard Erasmus is a top-class all-rounder who has been consistently performing well for his side. He has mustered 225 runs in 5 innings at an average of 45.00. He also has 3 wickets to his name.

Tanaka Chivanga is a highly skilled bowler who is capable of taking crucial wickets for his team. He has scalped 7 wickets in his previous 4 matches.

Ben Shikongo will be a crucial pick for Namibia in the match. He has excellent bowling skills and can be lethal to any batting lineup. He has scalped 6 wickets in his previous 3 matches.

Regis Chakabvac is a talented lower-order batsman and a capable wicket-keeper as well. He has accumulated 410 runs in 26 T20I matches at an average of 16.40 and a strike rate of 130.15. 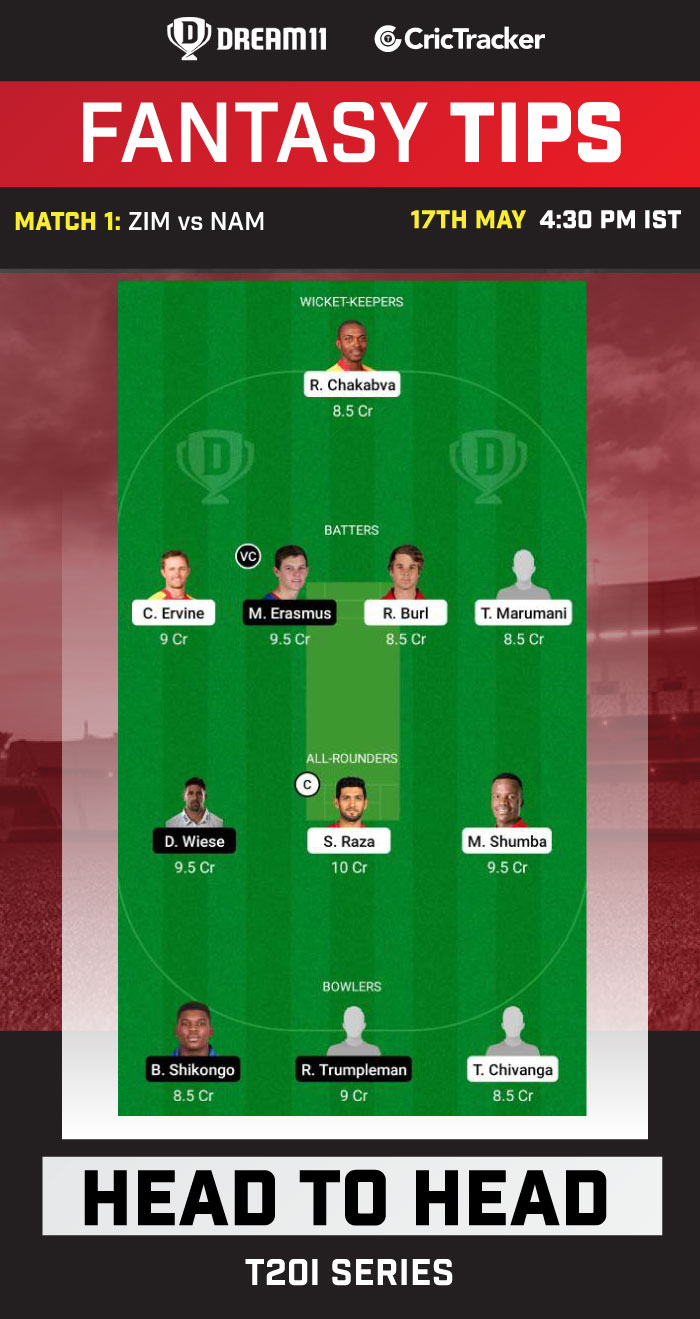 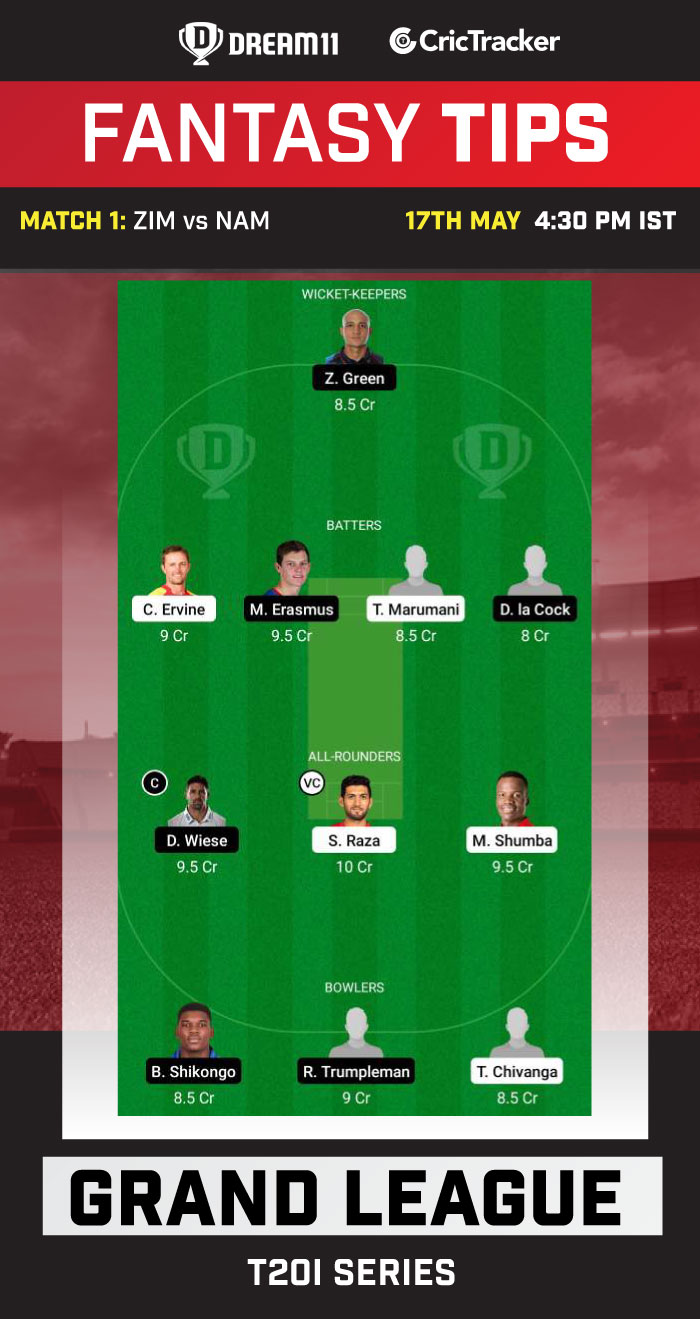 Craig Ervine is a highly talented and skilled player capable of smashing the ball hard. However, he has been inconsistent over the past few months and has failed to make a mark for his side. You can pick him in your fantasy team, but he might be a risky captaincy choice.

Zane Green is a young and talented player, who is capable to turn the tides of the match for his team at any point. However, he is inconsistent and hasn’t delivered up to his team’s expectations lately. He might be a risky Captaincy Choice for this match.

Players you should avoid:

Tendai Chatara has picked u only 3 wickets in the last 5 matches and didn’t do well in the South African Tour as well. You can avoid him in your fantasy team considering he isn’t likely to bowl the full quota of 4 overs

Note: Updated Fantasy teams and Playing XIs of every match will be provided on our Telegram channel if the information is available.