Graudina and Harward paced the top-ranked team in the country and NCAA champion with a 31-1 record on the No. 1 court. After guiding the Trojans to their record fourth NCAA title, the pair was named the AVCA National Pair of the Year. The duo closed the season on a 30-match win streak, the second longest by a pair in school history, and claimed 15 dual-clinching points. They were named to both the NCAA and Pac-12 All-Tournament Teams, the AVCA/CollegeBeachVB.com National Pair of the Week on April 4, and claimed Pac-12 Pair of the Week honors twice this season (March 15, April 12 ). They are the fifth USC pair to win the Conference’s Pair of the Year honor, including the third honor for Graudina (2019 with Abril Bustamante, 2021 with Megan Kraft). 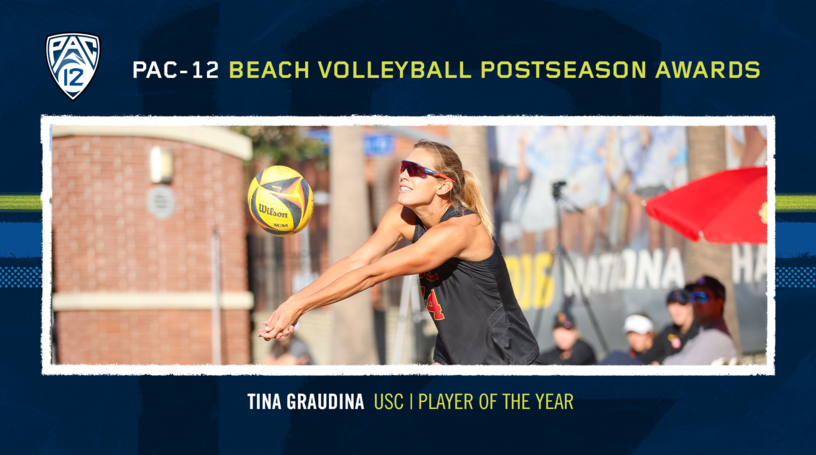 Graudina, also the Pac-12 Freshman of the Year in 2018, collects her third straight Player of the Year honor to become the most decorated individual in the seven-year history of Pac-12 Beach Volleyball. Playing almost exclusively at No. 1, Graudina compiled a 122-9 all-time record as a Trojan, including a 31-1 top-court mark with a 30-match win streak in 2022. Among Graudina’s other 2022 postseason honors were her fourth career AVCA First Team All- America accolade, her fourth AVCA Top Flight honor, and her third NCAA Championship All-Tournament Team recognition following the Trojans’ victory in Gulf Shores. 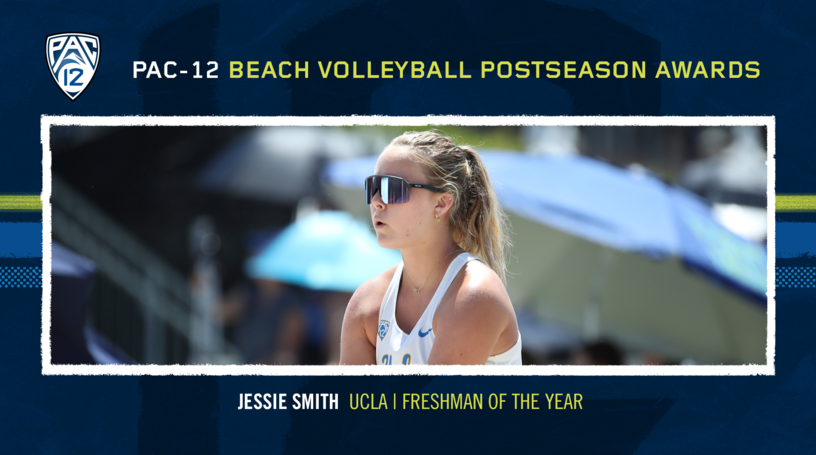 Smith posted an impressive debut season with a 27-11 overall individual record. The freshman shared three different partners across three courts, eventually landing with senior Lea Monkhouse at the No. 3 spot for the final half of the season. Teamed with Monkhouse, the pair compiled a 14-4 record including a 7-2 mark in the postseason, highlighted by an unblemished 4-0 record (with one unfinished dual) in helping the Bruins to a third-place finish at the NCAA Championship and earning themselves a place on the NCAA All-Tournament Team. Smith is the second Freshman of the Year recipient from UCLA, joining inaugural winner Megan McNamara in 2016. 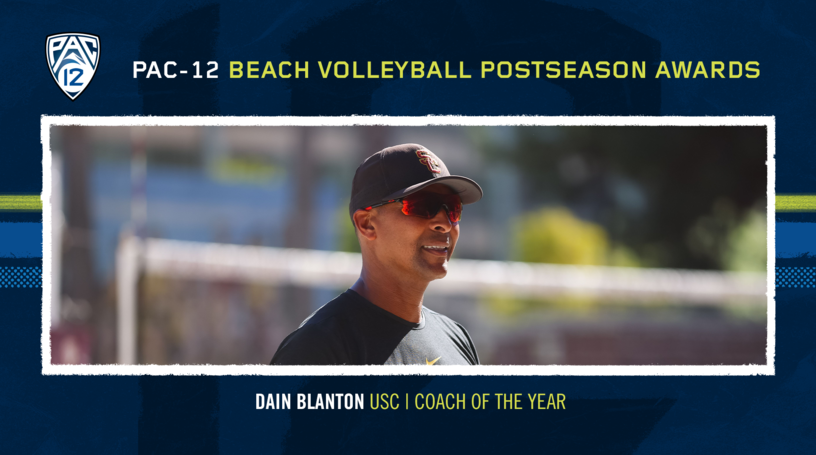 In his third year at the helm, Blanton guided USC through a dominant 37-1 season to collect his first Pac-12 Coach of the Year honor. After splitting their opening two matches, the Trojans streamrolled to 36 consecutive dual victories en route to their fourth Pac-12 and NCAA Championships in program history. Blanton mentored an entire starting lineup of Pac-12 All-Conference performers, including five First Team selections, and 10 AVCA Top Flight honorees as well as four All-Americans, headlined by Pac-12 and AVCA National Pair of the Year Tina Graudina and Hailey Harward†