BRITAIN’S Got Talent fans all said the same thing after Amanda Holden dug into an acts awkward dating history.

On tonight’s show Cornelius, Nathan and Isis took to the stage ahead of their acrobatic performance.

As they introduced themselves to the BGT judges, Nathan revealed he had known Isis for 13 years and they met Cornelius in 2019, before Isis and Cornelius started dating.

Amanda joked to Nathan he was now the ‘gooseberry’ and he said “Yeah, basically.”

Amanda then asked if Nathan and Isis had ever dated, and they awkwardly said “Funny story that…”

Nathan then said “Yes” and the audience, panel and Ant and Dec all looked shocked. 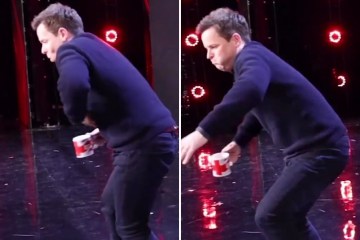 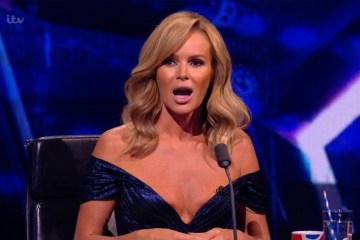 He was quick to add that it was “brief” and “we’re talking 12 years ago. It’s like ancient history.”

But then things took an even more awkward turn with Isis said: “When Nathan says brief it was actually two and a half years” and then gave him a look and pursed her lips.

A pair in the audience observed: “She’s still bitter about that one.”

Simon Cowell then asked which one ended it and after a pause they said it was “mutual”, with Isis adding: “We decided acrobatics was more important.”

They then started the act, with Cornelius and Isis heading up into the rafters of the stage on a traipse, but not before giving each other a little kiss.

At one point Cornelius let go of her and she dropped into Nathan’s arms before they carried out moves on the floor while a sexy version of Britney Spears hit Toxic played.

The routine consisted of the two men throwing, spinning, dropping and catching Isis between them as she showed off her flexability and nerve.

The routine climaxed with Cornelius dropping his girlfriend head first from up a height, with her ex catching her before she could hit the floor.

As the trio got four yeses, viewers took to Twitter to comment on the unusual set up and their act.

One wrote: “I thought this was #BGT not a dating show Amanda

Another added: “this is incredibly awkward and i hate it so much but im invested #bgt.”

A third tweeted: “this group back ground is like soap storyline.”

We pay for your stories!

Do you have a story for The Sun Showbiz team?