A reason for his non-selection hasn’t been conveyed and Ashwin may well be in the team’s plans but Deepak Hooda’s presence would suggest that India don’t need a specialist offspinner.

With IPL 2022 on its last leg, the focus in India will soon turn towards the T20 WC scheduled to be played in Australia in October-November. With India scheduled to begin their tune-up with a five-match series against South Africa, the squad for which was announced yesterday, here’s a look at how India are building up to right the wrongs of last year’s campaign.

A familiar template of top-order batting

India played with a top-four of Rohit Sharma, KL Rahul, Virat Kohli and Suryakumar Yadav at last year’s T20 WC. With three of the aforementioned four resting or nursing an injury ahead of South Africa’s visit, there was an opportunity to pursue a different style but India, it would seem, don’t want too much in the name of tinkering to this side of their game .

Gaikwad holds on to his place in the squad after a lukewarm IPL season to follow from his Orange Cap winning exploits of last year, his 368 runs coming at a strike rate of 126.46. The selectors and the team management have chosen to keep faith in another anchor-style batter as opposed to the likes of Rahul Tripathi (413 runs at 158.23 SR) and Sanju Samson (374 runs at 147.24 SR), who trade consistency for purposeful adventurism.

Curiously enough, India played Samson as an opener in their last T20I against Sri Lanka in February with captain Rohit even extolling his match-winning abilities as well as his backfoot play that would be useful in Australia where this year’s World Cup is to be played. Samson and Tripathi may play low-percent cricket but there are few like them and their style would need more backing.

Apart from a sameness to the style of India’s top-three last year also had an obvious dexterity disadvantage, their right-handedness falling in matchup plays against Shaheen Afridi, Imad Wasim, Trent Boult and Mitchell Santner. The selection of Ishan Kishan, despite a middling IPL season where his weakness to balls outside off-stump was exploited, provides both a matchup peg as well as falls in line with Rahul Dravid’s stated notion of selection consistency.

Venkatesh Iyer, although used as a finisher by India, offers an option at the top despite his forgettable second season with KKR. Like Kishan, who doubles up as a keeper, Venkatesh provides a bowling outlet. India have the returning Hardik Pandya to play that very role he couldn’t in the UAE last year, but his injury history calls for backups and Venkatesh best fits the bill.

With Venkatesh fairly inexperienced on the international level and Hardik and Rishabh Pant batting higher up for their IPL sides, India have a need for a dedicated finisher and pace-hitter, a role that veteran Dinesh Karthik has played with aplomb for Royal Challengers Bangalore. How India dovetail their options and build a lower middle-order remains to be seen. 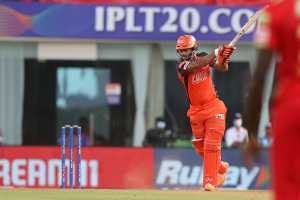 Samson and Tripathi may play low-percent cricket but there are few like them and their style would need more backing.

Ashwin, Chahal and the spin conundrum

Retrospectively, one of India’s big tactical missteps was to drop Yuzvendra Chahal for last year’s World Cup in favor of faster (Rahul Chahar) and mystery (CV Varun) spinners. The legspinner, currently in possession of the Purple Cap in the IPL, is a non-negotiable inclusion. His spin partner at Rajasthan Royals, R Ashwin, though hasn’t made it. Ashwin played the World Cup last year after a four-year absence from T20Is following an injury to Washington Sundar. He then starred in two wins over New Zealand straight after the World Cup, laying waste to the notion of matchups against right-handed batters with his changes in pace and clever use of angles. He was rested for the third game and an injury thereafter forced him out of contention against West Indies and Sri Lanka.

A reason for his non-selection hasn’t been conveyed and Ashwin may well be in the team’s plans but Deepak Hooda’s presence would suggest that India don’t need a specialist offspinner but a matchup option who bats in the top-six. But in all likelihood, India’s XI will feature just two spinners in Australia. Would Jadeja and Chahal be those two? If so, India will miss a spinner who turns it away from the left-hander. Perhaps, it is why they’ve persisted with Ravi Bishnoi for the South Africa series, whose staple delivery is the googly.

Jasprit Bumrah, rested for the South Africa series, is an assured starter at the World Cup barring any injury troubles. Alongside him, India are looking for variety in the pace bowling department. Bhuvneshwar Kumar has experience, can swing the ball in the PowerPlay and operate at the death even if he isn’t always among the wickets. India need a middle-overs enforcer if they need to hold overs of Bumrah for the death and Umran Malik, who routinely touches 150kph, is seen as a viable option alongside Avesh Khan provided he can make the step up from the IPL finishing school.

Arshdeep Singh, the other selection to the squad, offers both a left-arm angle that India missed last year as well as excellent death bowling control as an economy of 7.31 in this phase at IPL 2022 would suggest. Harshal Patel, Purple Cap winner last time, and very good again this year is the incumbent death-over specialist and the only fast bowler with batting pedigree with Shardul Thakur (dropped) and Deepak Chahal (injured) not available.