Staying back with umbrellas in the rain to a deer’s unexpected but dramatic cameo, what is it like to catch a movie at IIT Madras’ Open Air Theatre?

Staying back with umbrellas in the rain to a deer’s unexpected but dramatic cameo, what is it like to catch a movie at IIT Madras’ Open Air Theatre?

A giant wall has been the sole witness to seasons of the year and scores of IITians who graduate from Chennai every year. This long-standing wall, kissed by the pokey branches of trees on either side, and embraced by the hum of the wind, lights up once every week with moving images that casts luminous shadows on its spectators.

It is often said that cinemas offer the means to a community-watching experience. But IIT-M’s little-known Open Air Theater (OAT) takes the argument further: sitting under the stars on a moonlit evening to catch a Hollywood blockbuster or an Indian masala movie has its own charms. In case of a boring movie, you have the luxury of lying still and gazing at the stars, singing in chorus with the evening birds. If you are lucky, a blackbuck might even gate crash the movie.

When a movie is played at OAT, nothing stops the screening. Not even the rains. There have been instances where people stayed back with their umbrellas held open. (This is where some of your wildest date night dreams come true!)

But nothing beats the palpable thrill and collective high that ran on the campus during the India vs Sri Lanka World Cup final in 2011, when Dhoni hit that last ball six. It was perhaps the first time a cricket match was projected at OAT for the campus folks. These are just a cream of a treasure trove of memories one would associate with OAT.

The space was closed for renovation just before the pandemic. Two years on, the theater has now been reopened for screenings with the recently-released Samrat Prithviraj as the opening movie. “We haven’t renovated the theater for a long time and then came lockdowns. Now that things are back to normal, we thought we should start screening films again, and students are also back on the campus,” says Jitendra Sangwai, who took over as president of Film Screening Club, IIT-M, last month.

A professor with the Chemical Engineering Department, Jitendra’s role as the president is to ensure smooth-sailing of operations — from selection of movies and taking in suggestions from students and staff to overseeing finances and negotiating with local distributors.

Designed after the Roman amphitheater, OAT has a seating capacity of 6,000 with its central stage measuring 120 feet X 80 feet, sporting a 50-feet-wide, 24-feet-tall screen. It has four entry-exit gates: main, family, student and garden.

Thanks to the Indo-German collaboration during the Cold War, the IIT-M was established in 1959. But the foundation stone for OAT was laid by Dr. Heinrich Luebke, President of the Federal Republic of Germany, when he visited the institute on December 3, 1962, thereby also marking the inauguration of the theatre.

The initial idea of ​​OAT was to function as a common space for institute-related events and special occasions. Movies were initially screened on Sundays, which was later changed to Saturdays at 8pm. Until the construction of the Students Activities Center (SAC) in 1983, OAT served as the space for Convocation and Institute Day. Highlighting the importance of the then newly-constructed OAT, IIT-M’s first director, Prof B Sengupto, was quoted as saying, “The stage is for group acting, folk dances, acrobatics, and games like basketball, volleyball, badminton and tennis. It has been provided with illumination for conducting these games at night and also for the projection of films.”

There is no clear picture on the very first film screened at OAT. But thanks to S Ramanathan of the 1969 batch who had written down the list of movies in his diary, it is known that classics such as Born Yesterday (1950), Dial M for Murder (1954), Operation Petticoat (1959) and The Anatomy of Murder (1959) were among the earliest movies screened. It is safe to assume that the institute was primarily screening English films in its initial years.

Convocation and Institute Day were held at OAT back in the day | Photo Credit: Heritage Centre, IIT Madras

IIT-M’s campus is a microcosm where multiple cultures and languages ​​meet and for that reason, regional language films are given equal priority. A typical schedule in OAT’s calendar looks like this: a Hindi film in the first week, while the second week and fourth weeks are usually reserved for English. Third week is for Tamil, Telugu or Malayalam. If there is a fifth Saturday, then a children’s movie — either animation or fantasy — is screened.

There is an active Student Film Club that works closely with Film Screening Club. “We circulate a form asking for students to vote when three good movies release on the same date and we have to decide on which one to get. But that happens rarely,” says Ajay Singh Sitole, student general secretary, Film Screening Club.

The selections, however, are made based on IMDB (Internet Movie Database) ratings that are above seven. ‘R’ and ‘A’ certified movies are mostly avoided, unless there is considerable interest. “Our selection depends on the entertainment factor. We try to avoid controversial films, since it is mostly a family-friendly crowd,” Jitendra says.

“We have to come up with the schedule for a month in the first week itself. Once we finalize the movies, we will have to decide which distributor to approach and whether they would be willing to give a print on that specific week and so on. Our screenings depend on all this,” says C Rajendran, secretary of Film Screening Club. 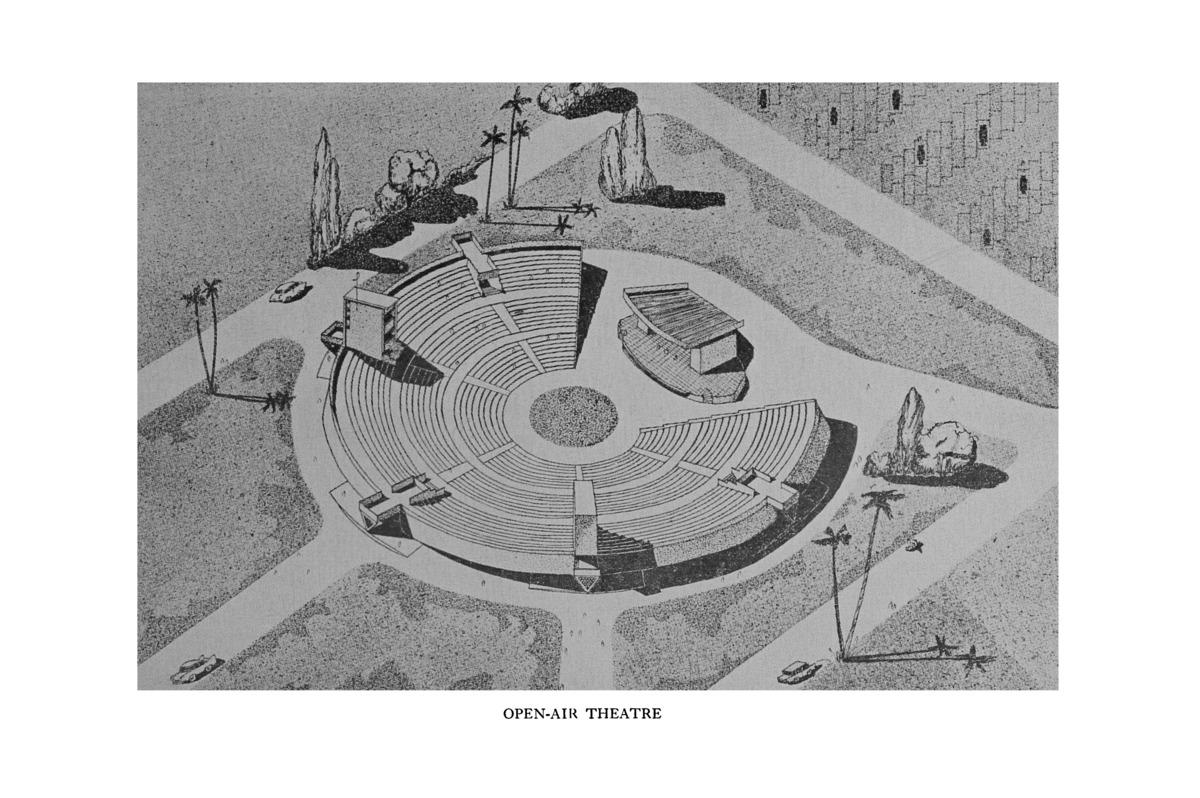 Rajendran joined as the projectionist in 2001 and continued until 2011. The projector was upgraded from reel to digital in 2011 and since 2013, OAT has been using a 2K projector with DTS sound system. 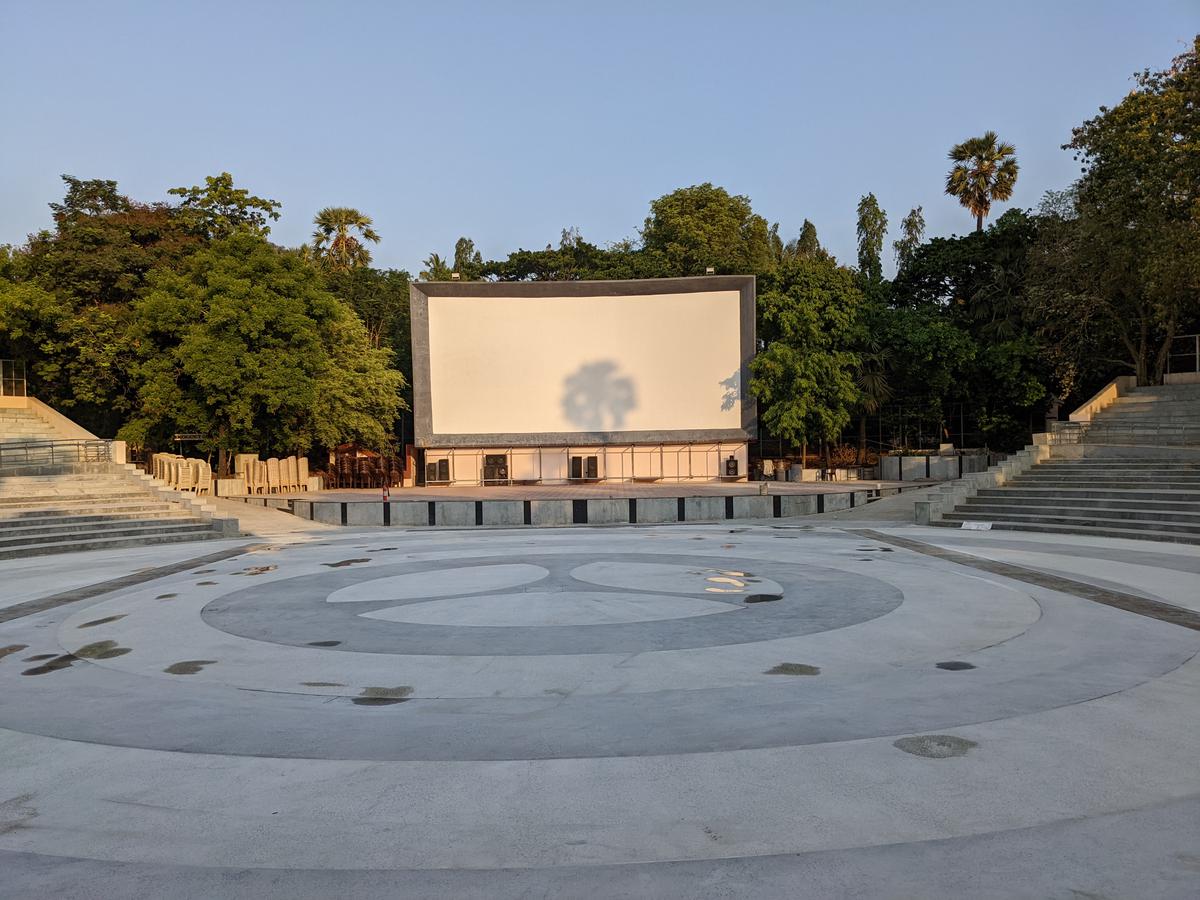 Jitendra says they spend somewhere between ₹15,000-25,000 plus GST for movie rights, which comes to about a lakh and 15 thousand each month. “This is for students and we don’t make any profits. The leftover money is put in a fixed deposit under Film Screening Club, which we use for other purposes. There is an annual maintenance contract we have signed for the projector and sound system, which costs over two lakh a year.”

OAT, ultimately, is a cinema to campus life. “There is always an interest especially among old students. They often share their favorite memories of OAT,” Jitendra says.

With inputs from Heritage Centre, IIT-M