Here’s what you need to know about the latest goings-on in space and how they continue to keep astronomers and researchers on their toes.

The Super-Sized Sunspot Pointed at Earth

A sunspot known as AR3038 recently doubled in size in less than 24 hours, swelling to two-and-a-half times bigger than the Earth. Measuring approximately 19,800 miles in diameter, the incredible growth spurt occurred between Sunday, June 19, and Monday, June 20, as reported by Space Weather.

Like other sunspots, AR3038 is a dark patch located on the surface of the sun, which contains dynamic magnetic fields generated by the flow of electric charges that knot before snapping. The energy created during this snapping process releases radiation bursts known as solar flares, resulting in solar material jets known as coronal mass ejections (CMEs).

At this point, you may be wondering if these solar flares can prove harmful to our planet. After all, AR3038 pointed directly at the Earth for a handful of days. Coupled with the size of the sunspot, it’s easy to see why some people felt nervous about blackouts related to the sunspot’s solar flares. Plus, two solar flares caused blackouts over Asia, Australia, and the Atlantic Ocean in April and May 2022.

Fortunately, AR3038 is considered an M-class solar flare, which means it “generally [only] cause[s] brief radio blackouts that affect Earth’s polar regions” (via the European Space Agency). In other words, despite the incredible show astronomers have enjoyed from the sun, AR3038 remains harmless. Whew!

A Rare Alignment of Five Planets

Since early June, an extremely rare planetary alignment has been visible in the predawn sky. It culminates this week with Mercury’s increased brightness and the moon joining in on the fun. According to Michelle Nichols, Adler Planetarium’s director of public observing, “This is early morning, so you do have to set the alarm in order to do it — but it’s just a fun time to go see planets in the sky.”

Those living in the Northern Hemisphere have enjoyed the best vantage point of the alignment, optimally viewed 45 minutes before the sun rises. The planetary alignment has been visible along the east-northeast horizon, curving towards the south and featuring:

The last time Earthlings observed this incredible alignment was 1864, making this rare spectacle worth getting up early to view. Best of all, the alignment has proven visible, even in areas where light pollution typically obscures other astronomical displays.

On June 20, NASA halted its fourth dress rehearsal launch of its “Mega Moon rocket” at T-minus 29 seconds — about 20 seconds earlier than planned. The launch came to a stop because of a liquid hydrogen leak. Nevertheless, scientists still count it a success because they met more of their launch objectives than previous attempts.

According to the launch director for NASA’s Artemis mission, Charlie Blackwell-Thompson, “I would say that the majority of our objectives were met. There were maybe small pieces within that one primary objective that we came up a little short on” (via The Verge).

Known as the Space Launch System (SLS), this rocket represents the most powerful one that NASA has ever constructed, with hopes that it will one day send humans to the moon’s surface. Once the rocket is topped by the crew vehicle, it will measure 22 feet tall and weigh nearly six million pounds, as reported by NASA. 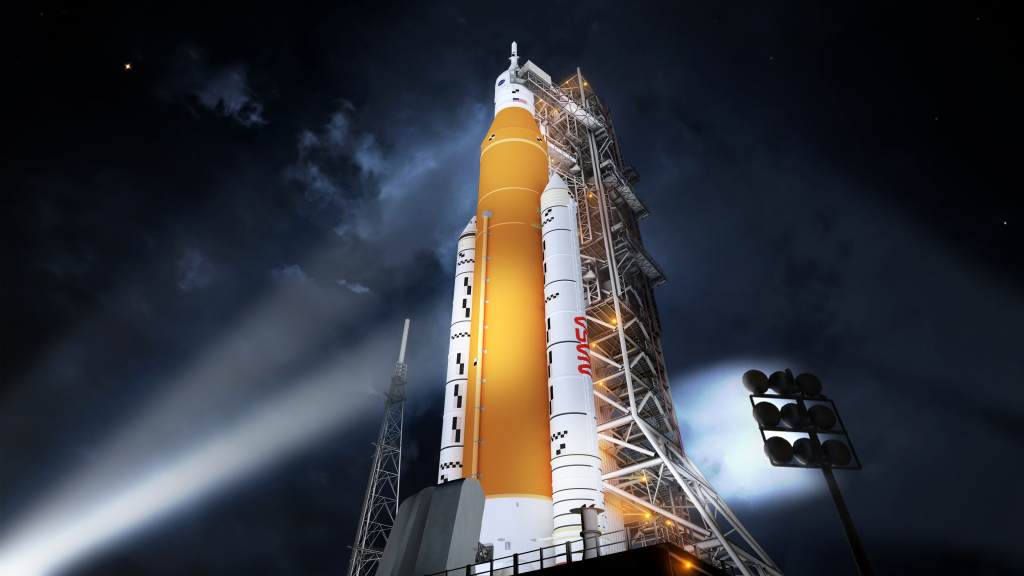 Although this makes the SLS a bit shorter than the Saturn V rocket that made the Apollo missions possible, don’t let the size fool you. It delivers a wallop of power, boasting 8.8 million pounds of thrust. According to the Houston Space Center, that’s 15 percent more power than the Saturn V. If you’re wondering when the SLS will finally launch a live crew to the moon, you’re far from alone. Although the flight crew has completed 90 percent of their objections for pre-launch, NASA has yet to schedule a launch date.

EXPLORE THE ODD IN PERSON!

Discover hundreds of strange and unusual artifacts and get hands-on with unbelievable interactives when you visit a Ripley’s Odditorium!

FIND AN ATTRACTION NEAR YOU

by Ripley’s Believe It or Not!