When King Croesus of Lydia sent emissaries to consult the Oracle he was told, according to Heerodotus, that “If Croesus goes to war he will destroy a great empire”. Emboldened, he did wage war against the Persians, but had misinterpreted the words since it was his own empire that went to ruin!

In our world, the oracles are not priestesses but silicon based. For high grade but not necessarily perfect information, we turn to computer engines — which nowadays are quite often able completely to solve positions which still seem confusing to our mere human eyes: while for perfection we interrogate endgame tablebases.

Now extending to all seven piece endgames and I believe a few with eight as well, these provide exact information as to who “should” win (we do know which empire will fall) and how long it “should” take. It’s a realm which is often opaque to us, with maneuvers which extend far beyond our capacity (and indeed the capacity of the best engines as well). But like engines, they can be a very valuable analytical tool if used correctly.

The crucial thing is that however splendiferous the software, it has to be we who control the process. If, for example, a computer tells us that an opening line is good then it’s very probably correct, but this is of no practical use if the position brings us out in a rash — unless that is we have the time to work through the lines with the engine to understand why sufficiently well that we can play the position.

There have been at least a couple of examples of this in the Candidates tournament. The most striking was in Nakamura v Caruana in which they reached this position.

My first reaction on seeing this, was that the Black pawn phalanx was absolutely terrifying, but Nakamura had done enough work to know that, even if he hadn’t investigated this exact position, it was much more nuanced. It was probably about equal here but Caruana made some mistakes, notably giving the white knight the d4 square in return for supposed pressure down the f-file, and Nakamura won a superb game.

Another example was in Duda v Caruana.

If I didn’t know better, I’d imagine that with the half open f-file and the bishop’s diagonal, this would be good for Black. But actually after 16.b5! the black knight has to go into temporary exile on a5 and White is able to shut out both the black minor pieces at least for the moment.

The Ruy Lopez is one of the oldest opening which continues to enjoy high popularity from club level to the absolute world top. In this video series, American super GM Fabiano Caruana, talking to IM Oliver Reeh, presents a complete repertoire for White. 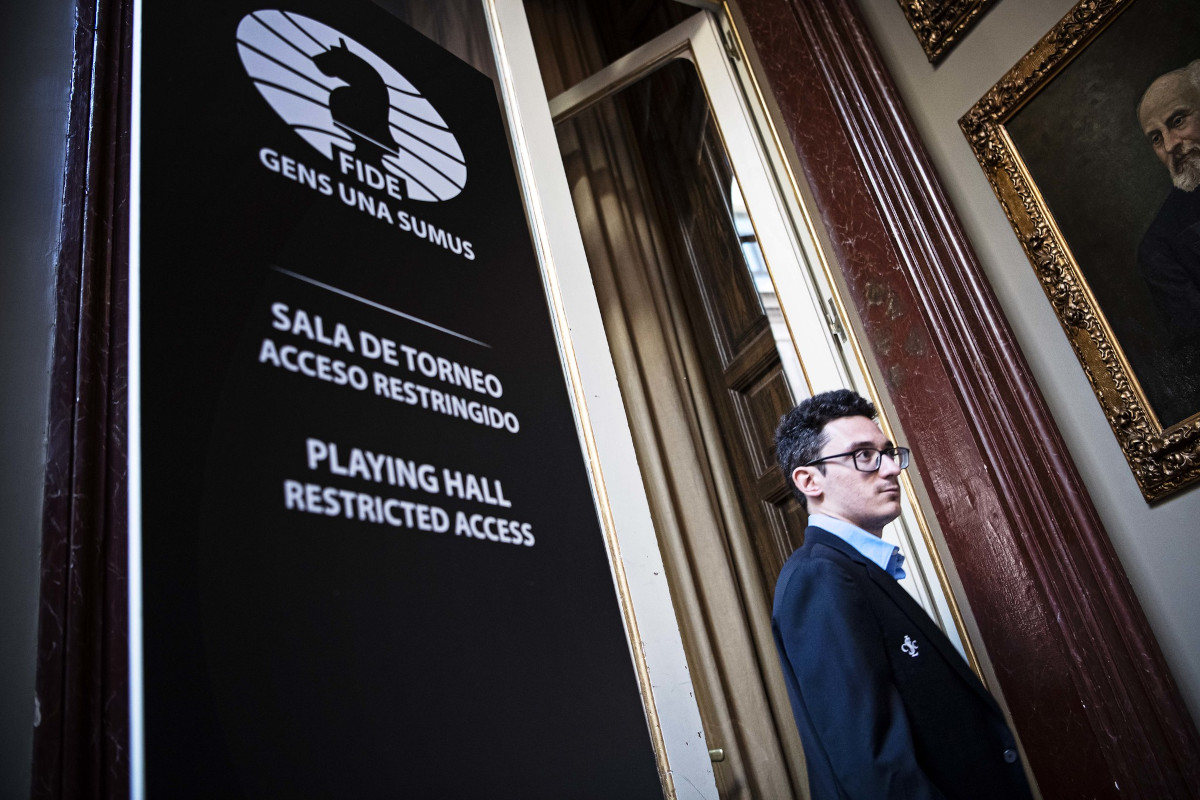 There have been a number of somewhat analogous top games in recent years in which the supposed attack along the f-file has gradually dissipated, after which the defects of Black’s pawn structure have become paramount. But of course it’s always a delicate balance: if White wins it may be quite slowly, if Black breaks through then it will be with a splat!

Turning to tablebases, my initial reason for choosing this topic today was an incredibly difficult ending of RP v R which a pupil Kristian Qiao recently kindly showed me. Absurdly, it was apparently from a beginner’s book, but I’m far from convinced that even Magnus Carlsen himself would have solved it correctly at the board. Certainly when I started looking I tried a couple of lines, came to an erroneous conclusion and then started to talk to the tablebase.

It told me that only a single move draws and what I did then was to follow the drawing line, making the winning attempts which I imagined I would have played at the board, and then try a somewhat different defensive which my lord and master informed me failed. why not? Well, it turns out that with the rook on a different file, then there’s a line in which you can’t give check at the crucial moment.

I’ve recently noticed several instances of unusual endgames without pawns. It’s interesting to know the true evaluation, if of only limited practical value:

Select an entry from the list to switch between games