Shares of Rocket Pharmaceuticals, Inc. (NASDAQ:RCKT – Get Rating) have received a consensus rating of “Moderate Buy” from the eight research firms that are presently covering the company, MarketBeat reports. One analyst has rated the stock with a sell recommendation and six have issued a buy recommendation on the company. The average 1-year target price among brokers that have covered the stock in the last year is $63.75.

Rocket Pharmaceuticals, Inc, together with its subsidiaries, operates as a multi-platform biotechnology company that focuses on developing gene therapies for rare and devastating diseases. It has three clinical-stage ex vivo lentiviral vector programs for fanconi anemia, a genetic defect in the bone marrow that reduces production of blood cells or promotes the production of faulty blood cells; leukocyte adhesion deficiency-I, a genetic disorder that causes the immune system to malfunction; and pyruvate kinase deficiency, a rare red blood cell autosomal recessive disorder that results in chronic non-spherocytic hemolytic anemia. 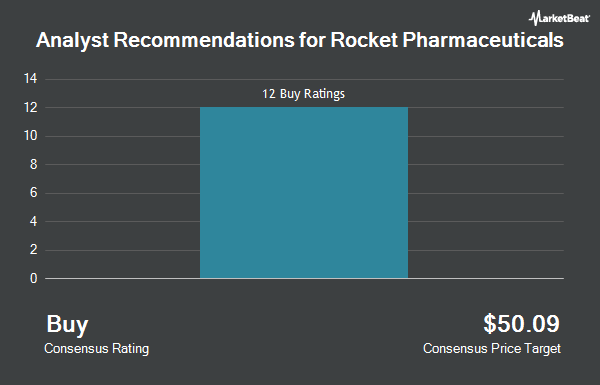